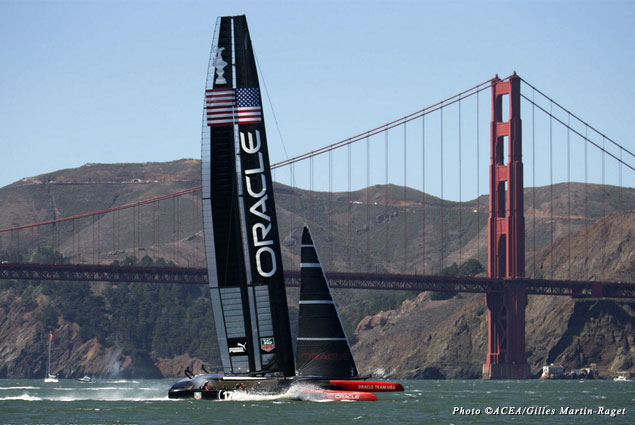 San Francisco hosted the world’s best sailors and fastest boats during the 34th America’s Cup competition. It began with the coveted Louis Vuitton Cup to determine who would race the defender, Oracle Team USA, in the America’s Cup. Ultimately the fate was decided over 19 races and 19 days of racing. The San Francisco Bay is ideal for a sailing regatta, with its changing tides and consistent winds creating a natural amphitheater for viewers and sailors alike. 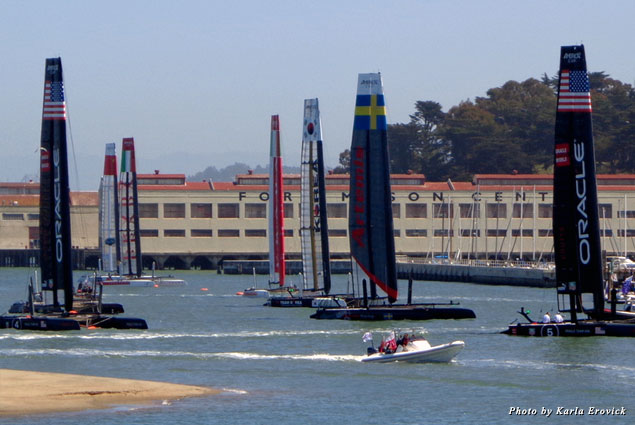 Last summer, a slate of 11 teams from eight countries competed in the America’s Cup World Series on AC45s. Read a summary of last year’s racing here. Winners had the opportunity to upgrade to the very fast AC72 wing-sail catamarans for this summer’s races. 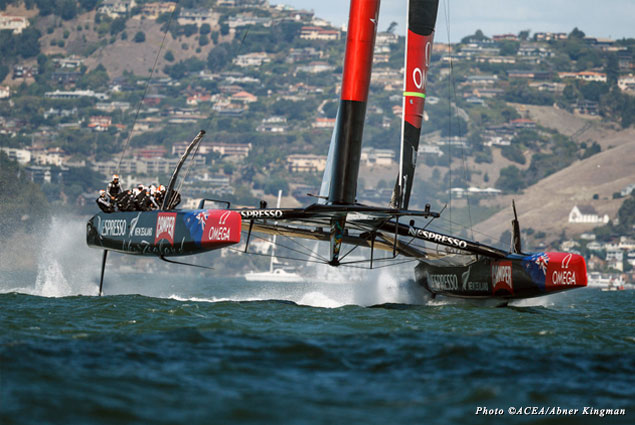 The AC72 are a new class of yacht with a wing 131 feet tall and able to reach speeds of 55 miles per hour during racing, foiling above the water. The cost of the AC72s was prohibitively expensive, which narrowed the slate of competitors to four teams who could afford to undergo the campaign. 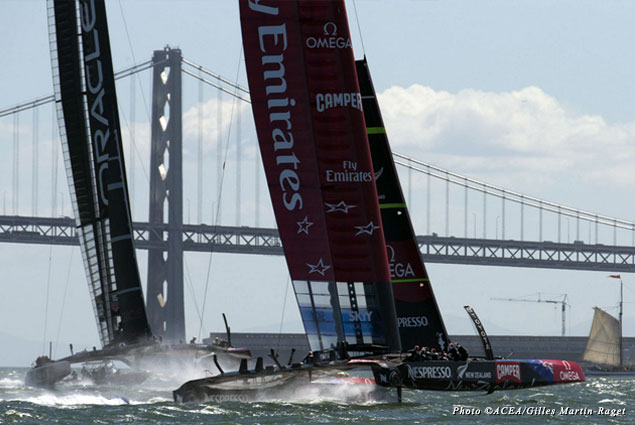 Early in the America’s Cup racing, Oracle was penalized for adding weight to their boat. New Zealand easily took the lead and went on to win eight races, needing a final victory to win, while Oracle struggled to stay in the competition. What seemed an easy win for New Zealand became the biggest upset in America’s Cup history with Oracle, at one victory, going on to win seven consecutive races, creating an exciting, winner-take-all-race. 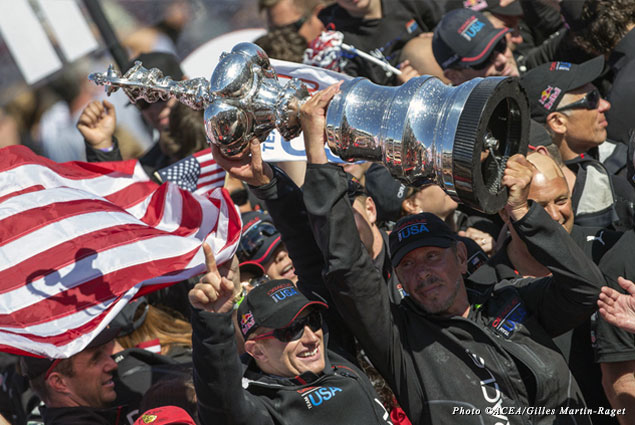 Both teams showed determination and heart, but Oracle Team USA won Race 19 by 44 seconds in one of the biggest comebacks in international sports history and in the America’s Cup. There have only been three occasions when America’s Cup came down to a winner-take-all race in its 162-year history.

What made this America’s Cup different was its accessibility to the general public. In the past, locations have been off shore so television was the only way most people could view the races. Larry Ellison, the owner of Oracle Team USA, defenders of the America’s Cup, wanted to make these very different races. 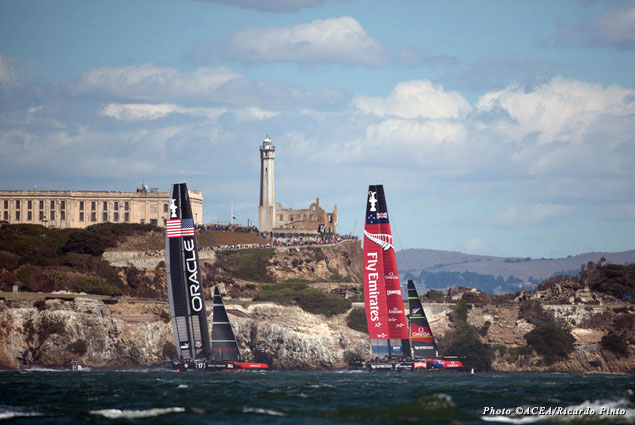 As a result of onshore racing, more than a million people watched the regatta along the shore, which made it engaging for locals and tourists. Watching the boats racing in the bay, flying past the Golden Gate Bridge and Alcatraz, created a picturesque backdrop not seen before. The newly constructed America’s Cup Park housed big screens with ample race viewing serving as a gathering place for race fans.

Technology played a big part in these races. A team of tech wizards created advances in the sport, allowing fans to watch on television or YouTube and be able to tell wind speeds, currents, boat speeds, who was in the lead, and the distance between boats, which generated a bigger and more informed audience. The boats themselves were fast machines using the latest technology. 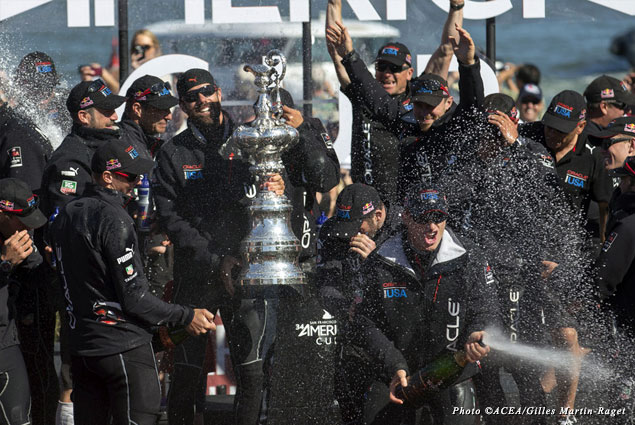 To celebrate the amazing comeback and prestigious win, the exuberant Oracle Team USA celebrated with the official sparkling wine of the 34th America’s Cup, Mumm Napa Brut Prestige. Whether racing fans or not, we all felt proud our home team successfully defended the oldest sporting event and trophy in the world. Read about the America’s Cup trophy, which was originally commissioned by Queen Victoria’s jewelers, here. 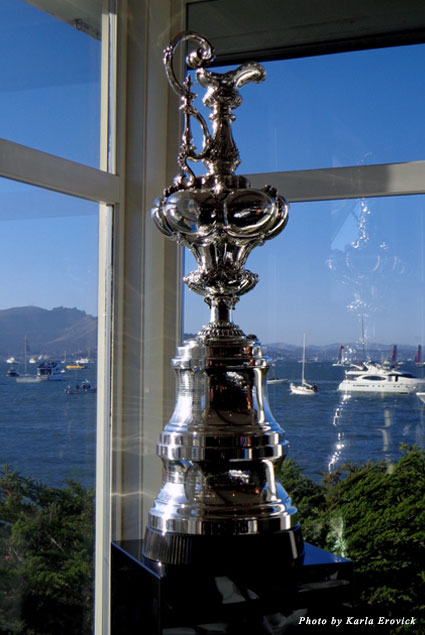 San Francisco: Can You Top It? Lombardy Cuisine Puts Desco on the Map in Oakland