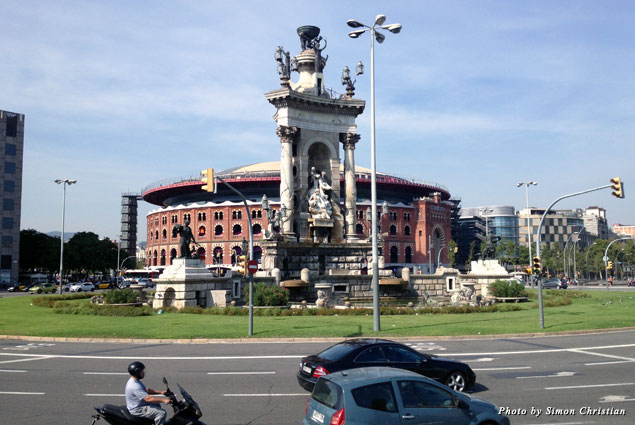 “Mind the gap.” The London tube loudspeaker reminds passengers when entering and exiting the train that only a few inches separate those who keep their limbs and those who do not. If only it were this dramatic; it just appears to be a daunting task as we prepare to exit at London Heathrow and board a 10-hour flight back to Los Angeles. Two weeks of European sightseeing, gluttony, beer tasting, and sleep deprivation have left us running on steam. Besides a well-tested liver, I can count my shaved-down suitcase wheel (that now resembles a nub) as another battle scar. Oh the drama … poor me. 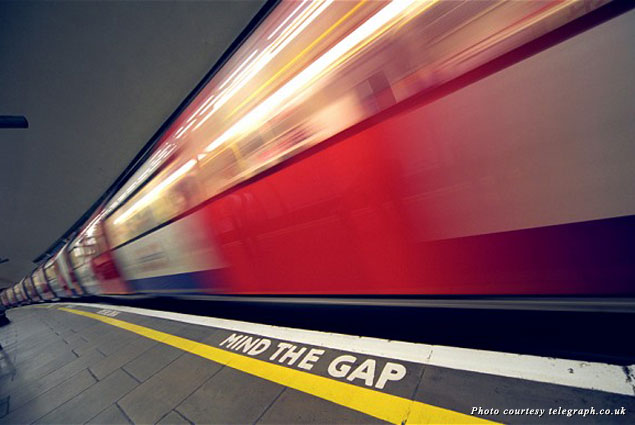 Ok, ok fine. It was a fantastic journey through beaches, an intricate maze of city alleys, 700-year-old landmarks, and legendary football (soccer in American jargon) stadiums. Our first stop was Barcelona.

British Airways might not be up on the times with this incredible concept of Wi-Fi on a plane, but our counter attack was to know the right folks in high places (thanks Kristine!). An upgrade to business class awaited us at LAX along with disgruntled boarding passengers eyeing our good fortune. 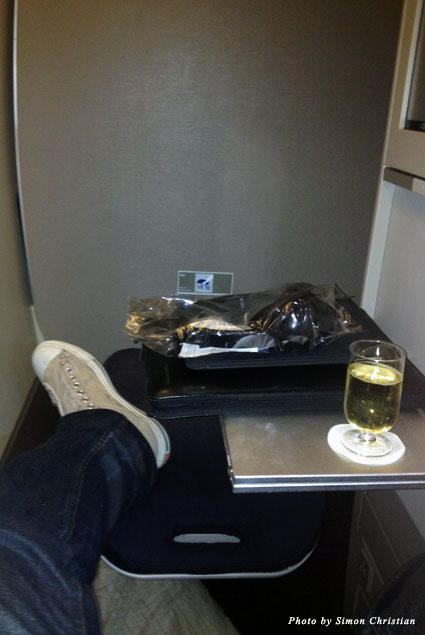 Ten hours later, we were in London for a three-hour layover then a connection to Barcelona, my first Guinness, and the first of several travel errors on the journey (more on that later).

London’s Heathrow Airport is a large and very busy airport. If you have a connecting flight here, make sure you have plenty of time in between connections. Security lines were incredibly long, and security officials are not interested in what time your next flight leaves (at least that was my experience). Unlike departure gates in the United States, gates at Heathrow are not always pre-determined. There is a main sitting area, and you will be notified when and where your flight is boarding.

Since we all had mobile phones with US carriers, Wi-Fi would prove to be our most valuable asset. Heathrow allowed 45 minutes free on your mobile device or laptop.

Travel Error: Not getting a SIM card with prepaid minutes and data.

I had every intention of doing this and even had my iPhone unlocked for this purpose. After passing a couple of SIM card vending machines in Heathrow, I thought maybe I did not need it and we could get by with Wi-Fi on the trip. I mean, whom do I need to call anyway? Error. Grave error. By the time we reached the Barcelona airport, there were no SIM cards to be had and we were unable to contact the manager of the apartment we were renting. We emailed, but a phone call was necessary. Two college graduates then spent a full 20 minutes on a pay phone to figure out how to call him. We even had an audience of Spaniards drinking beer watching dos Americanos estupidos tackle this feat. The pressure was on, but we persevered and eventually completed the mission.

Throughout the trip we used Airbnb to rent apartments. If you are unaware, this is a fantastic service where locals in major cities around the world rent out their apartments to travelers. In many cases, it is cheaper than a hotel and of course much bigger. We each had our own room as well as two bathrooms, a large kitchen, a living room, and a washer/dryer. 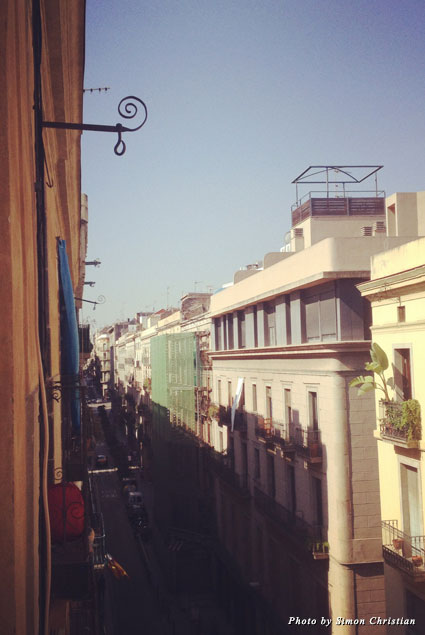 Our apartment was located in the El Born district of Barcelona. El Born is a mix of tourist feel and local influence. We were close to many bars and restaurants and a block away from the Picasso Museum, which has a great collection of the artist’s works. We also had the Metro just down the street but never used it. There is nothing nicer than walking around Barcelona and discovering hidden coffee shops, bars, and restaurants in the maze of alleys throughout the city. 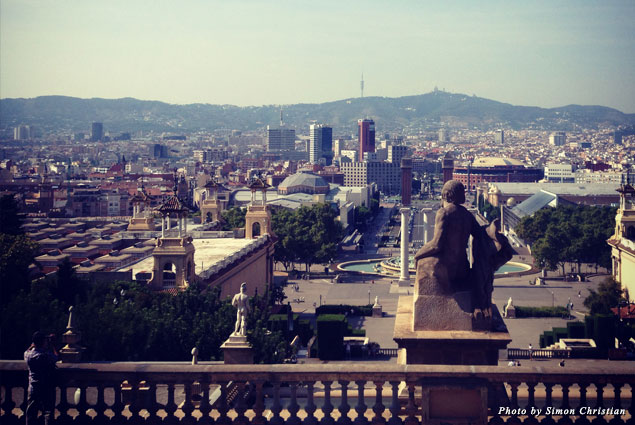 Our first full day required a trip to Barceloneta Beach. The weather in Barcelona is nothing short of perfect, and there was not much space on the sand to be had—or many fully clothed beach goers. Yes, areas of the beach had the semi-nude and fully nude. That is all on that subject. 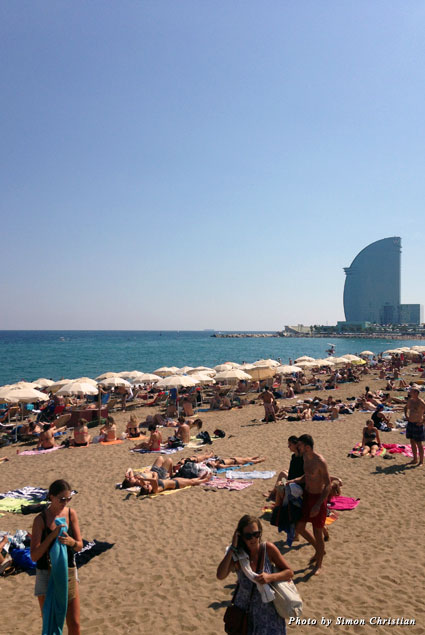 After walking for quite a bit the first day, we realized the best bet to see the city is the hop-on hop-off bus tour. We found this to be an excellent and thorough tour of the entire city. For 23 euros, you could ride all day and use multiple bus lines. Of course, the benefit is you can get off at any stop and explore further on your own. 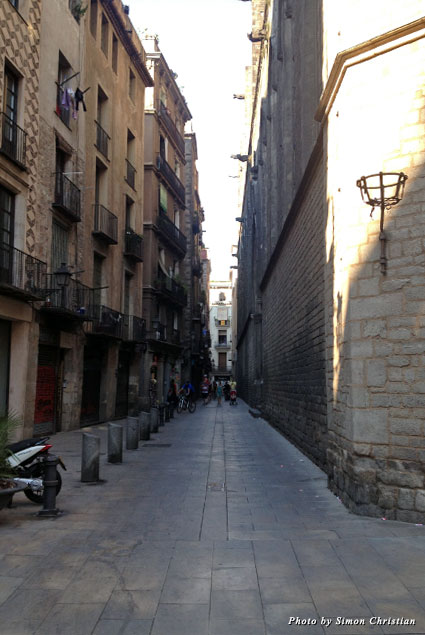 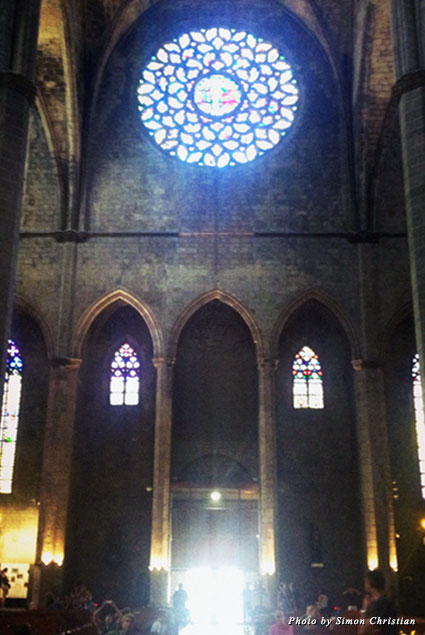 No trip to Barcelona is complete without seeing the amazingly creative and innovative works of the architect Antoni Gaudi. Evidence of his work is spread throughout the city, none more than at the Sagrada Familia Basilica and Parc Guell. 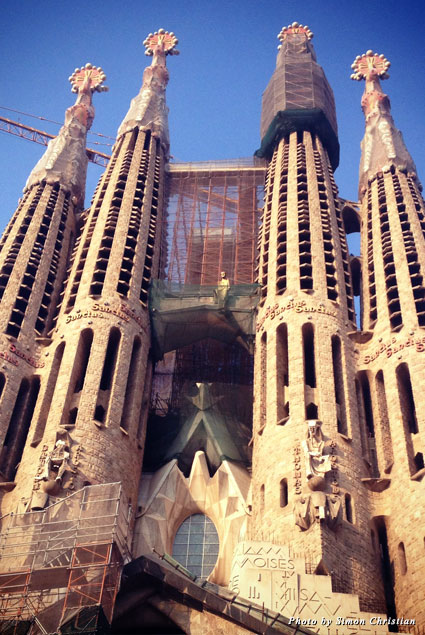 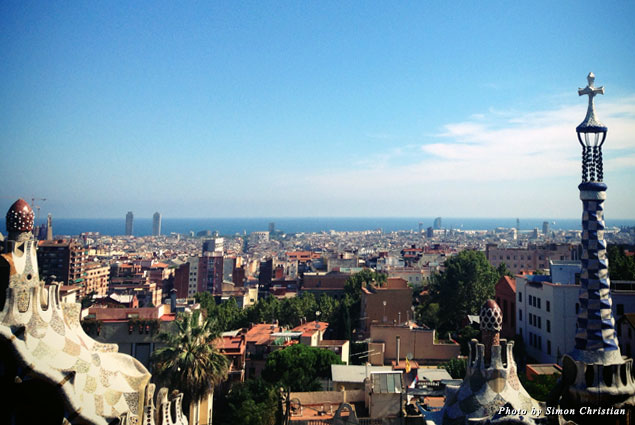 While the sights of Barcelona are fantastic in their own right, there is also no shortage of great food. If you are looking for quick eats, tapas bars and restaurants are endless in Barcelona. Tapas consists of a wide variety of appetizers, served either hot or cold. Paella is another local dish that usually consists of seafood mixed with rice, however the ingredients may vary depending on the region. If none of these cleanse your palate, feast your eyes and taste buds on a leg of Spanish jamon or Spanish ham. Jamon is dry-cured ham that is then thinly sliced and served. Many locals prefer it with toast covered with olive oil and tomatoes. 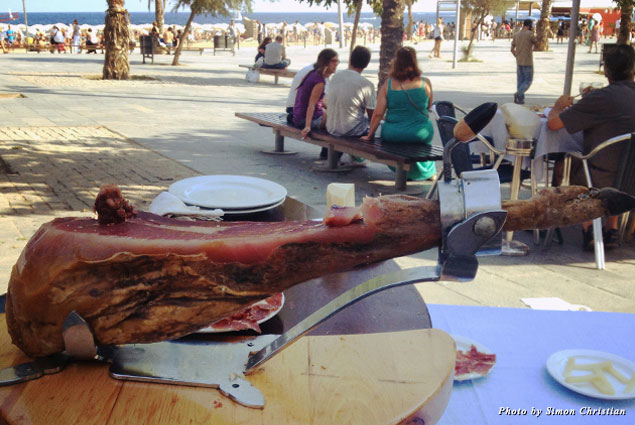 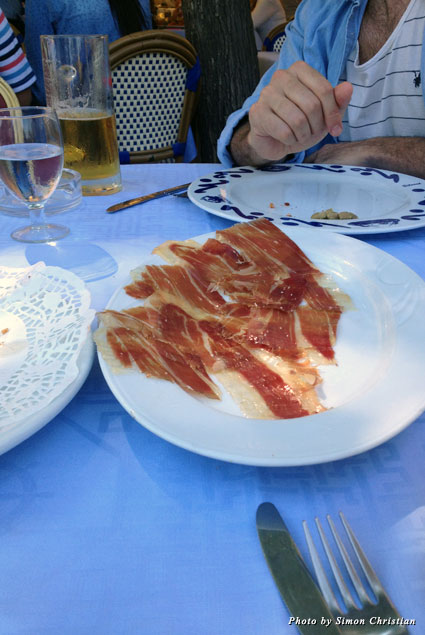 Barcelona is a great city filled with history, culture and all the tapas you can digest. It is one of those cities that perks your interest in what the rest of the country has to offer. Sadly, it is time to move on to more beer in Eastern Europe. Poor us.