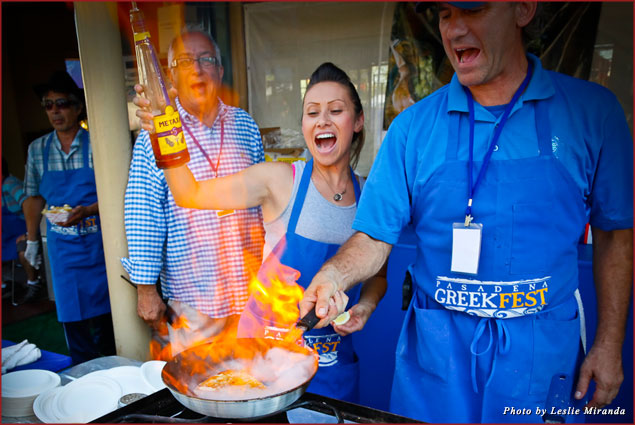 Culture, family and community slapped me in the face when I walked into the 54th-annual Pasadena Greek Festival at the Santa Anita racetrack in Arcadia. 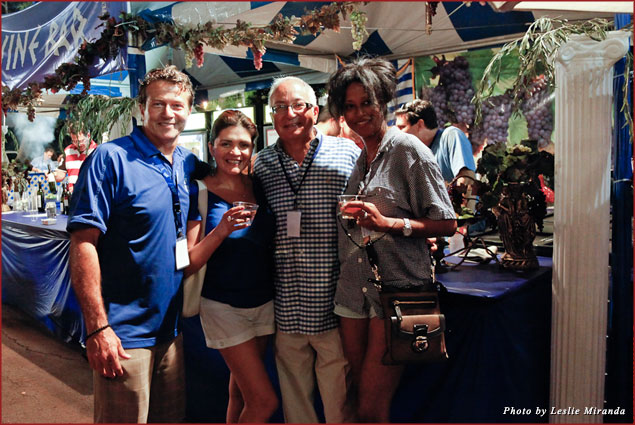 I started out with saganaki-a slice of kefalograviera cheese fired in olive oil, seared in flaming brandy, and sprinkled with lemon. Then followed that with octapodi, which is grilled octopus. 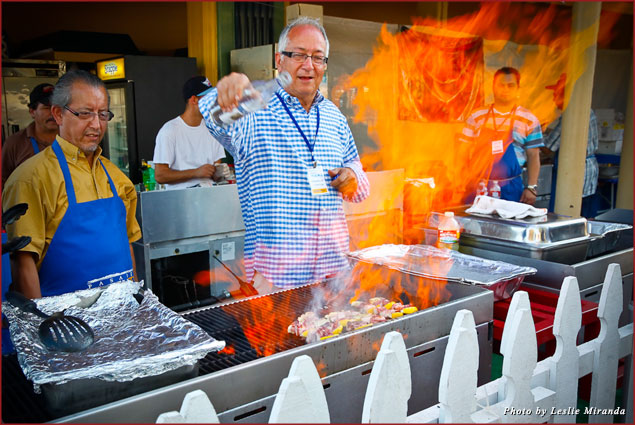 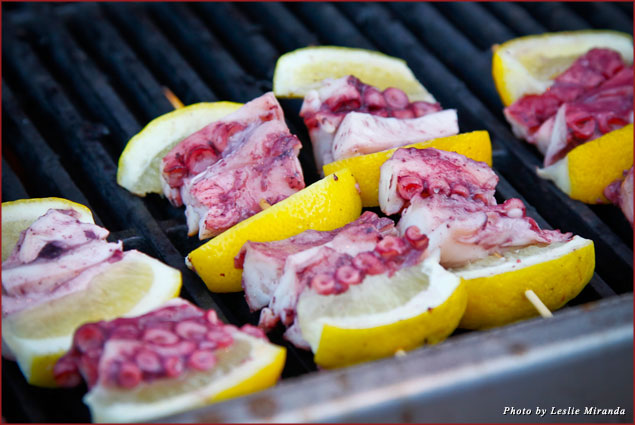 Vincent Luppas, a St. Anthony volunteer, toured me around the grounds, where it seemed we bumped into one of his family members everywhere we went.

We started at Yiayia’s Kouzina Dinners, where his mother served us a jambalaya of a plate of Greek cuisine. I dove into the dolmathis (hand-rolled grape leaves, stuffed with seasoned ground beef and rice), tiropita (cheese or spinach pies in ridiculously flaky filo dough) and souvlaki (beef skewers marinated in lemon, olive oil, and Greek spices). And don’t let me forget about the Grecian red green beans. 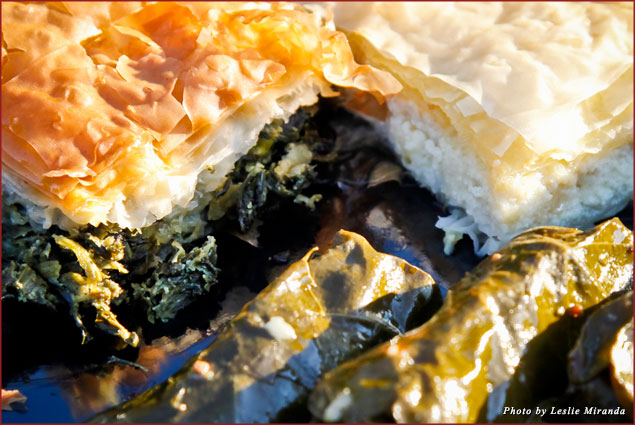 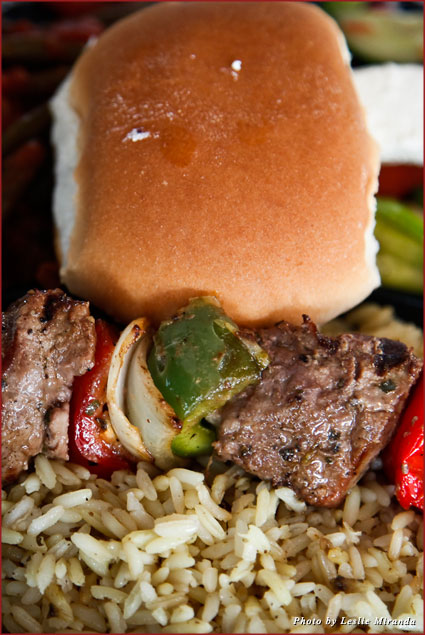 Vincent expressed that the festival welcomes different cultures to experience Greek culture for a weekend. The Rev. Fr. Peter Stratos spotted Vinny and came over for a chat! We headed to the dessert tent, where we got Vinny’s’ favorite sweet – loukoumades – Greek donut treats drizzled with honey syrup and sprinkled with nuts and cinnamon. I tore into my favorite, baklava! 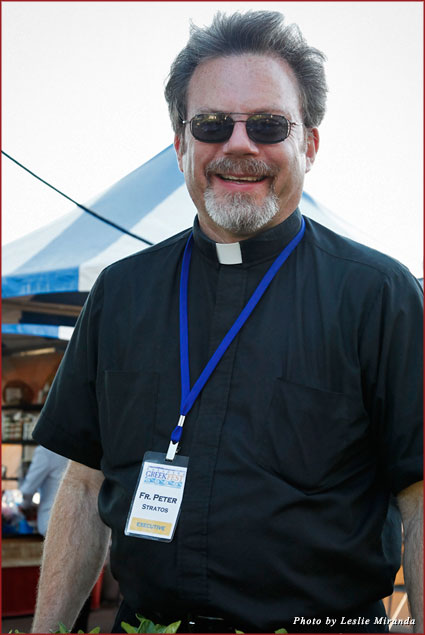 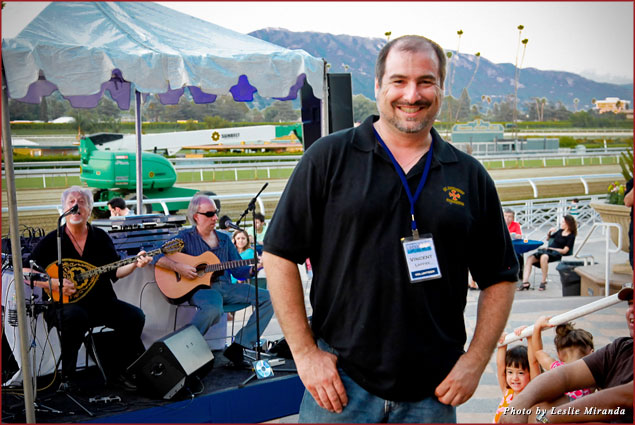 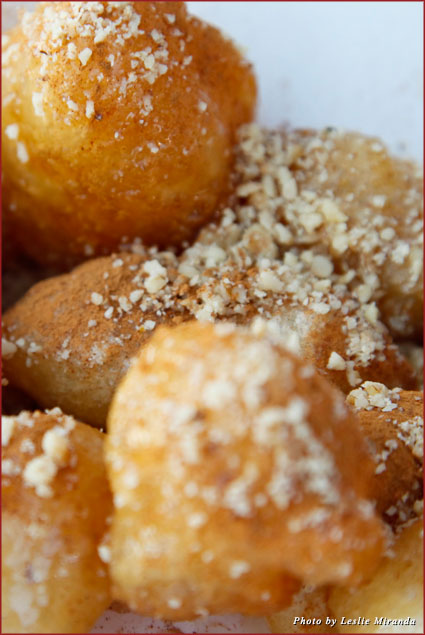 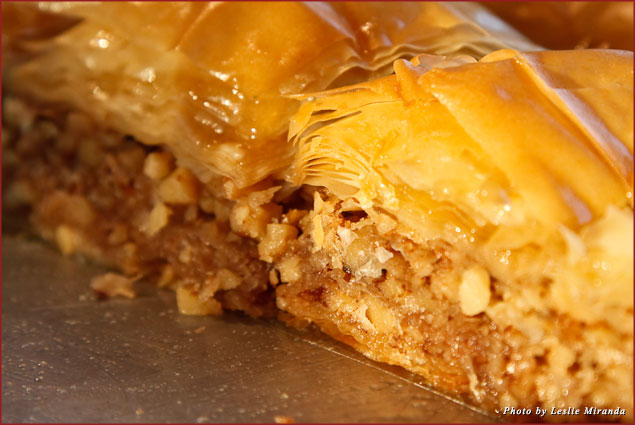 I was delighted to get a wine tasting from the Wine Cellar, where Greek winemakers were on hand to discuss their favorite wines. Beautiful bold reds and whites filled my palate with deep enriched aromas from Greek vineyards. Greeks have been making, trading and drinking wine for over 3,000 years. With more than 550 wineries and over 300 grape varietals, Greek wines are winning many accolades.

Vinny almost lost a finger when prying a Greek-style lamb chop from the grill. The Chop Shop serves the best lamb chops in Southern California, which are imported from New Zealand.

Vinny led me to the final food tent, where they were serving the traditional souvlaki kaiamaki (seasoned pork skewers served on the stick with bread and lemon).

As we parted ways so that Vinny could get to work, my belly was full, but I’m Southern, so I made room for a strong Greek coffee from the masters at the kafenion tent. Thanks, guys, I really needed the pick-me-up from the food coma!!

I absorbed the family and neighborhood vibe as they ate and danced the night away to traditional Greek music. I’m definitely going to learn how to Greek dance.

OPA! Looking forward to next year, and special thanks to everyone at the festival that invited me in and introduced me to their families and loved ones.