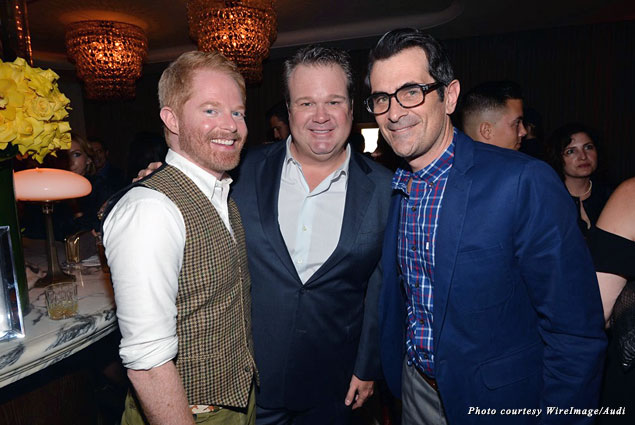 It’s become an annual tradition, the Audi Pre-Emmy celebration, held every year at Cecconi’s restaurant in West Hollywood on the Sunday before the Primetime Emmy Awards are handed out. As usual, the German auto manufacturer pulled out all the stops for the 2013 bash, beginning with the sweet rides that allowed all the nominees and other stars to arrive in style. They rolled out a fleet of Emmy logoed A8 L and Q7 TDI clean-diesel sedans (they’ll use them again on September 22, the night of the awards, as they are sponsors of the show, too) for the A-list invitees.

The “Modern Family” juggernaut rolled in early, led by nominees Ty Burrell, Julie Bowen, and Jesse Tyler Ferguson. They gathered with co-stars Eric Stonestreet (he has two Emmys for his work on the show) and Sarah Hyland to discuss the chances their show will grab the gold for the Outstanding Comedy Series for the fourth year in a row; it seems the Audi party is a lucky charm for them since the bash is in its fourth year of existence and the cast always turns out in force. 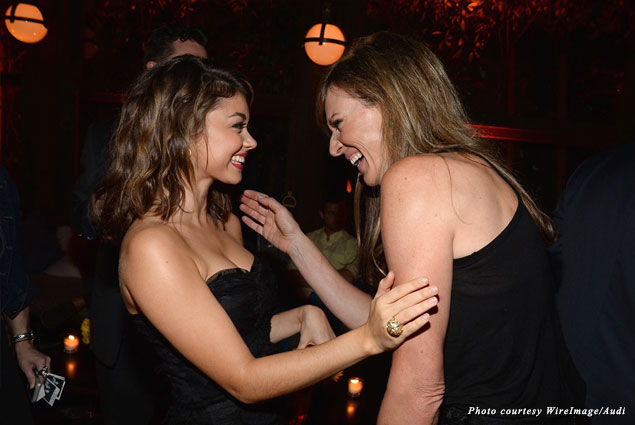 “The Big Bang Theory” star and Supporting Actress in a Comedy nominee Mayim Bialik made it to the packed scene—and hopes the party luck rubs off on her show so it can finally knock “Modern Family” off this year and take home the big prize. “The Americans” guest star Margo Martindale found out earlier in the evening at the Creative Arts Primetime Emmy Awards she hadn’t won this year, but that didn’t stop her from making the rounds at the packed party. “So You Think You Can Dance” nominee Cat Deeley had lost out earlier, too, as “Project Runway” hosts Heidi Klum and Tim Gunn took that prize; still, Deeley made sure to check out the Altuzarra gowns on display inside the restaurant.

Not getting nominated for his work in “The Mentalist” didn’t seem to bother handsome Owain Yeoman, for he’s had more important things on his mind lately. “We just got married last Saturday!” he crowed, pulling his new wife, jewelry designer Gigi Yallouz, close. There were loads of happy couples in the crowd, including Jesse Tyler Ferguson, who escorted his new husband, Justin Mikita, to the soiree. “Man Men” stunner Jessica Paré stayed laminated to her dreadlocked boyfriend John Kastner, who looked the complete opposite of her TV husband Jon Hamm. 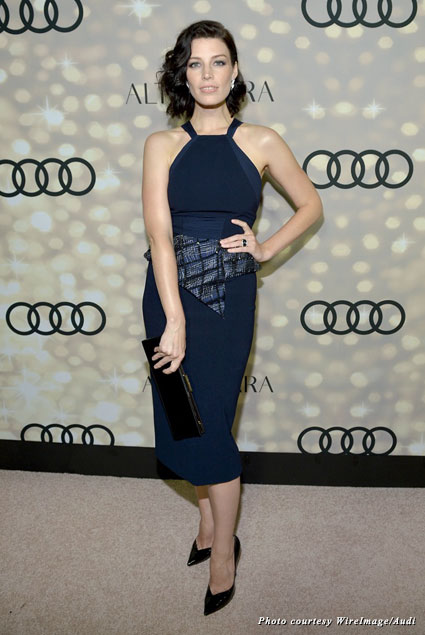 Allison Janney, Kate Flannery, “Homeland” bad guy Navid Negahban, “Major Crimes” knockout beauty Kearran Giovanni, and a host of other familiar television faces went past in the swirl, but the one person everyone wanted to chat with was RJ Mitte, whose series “Breaking Bad” was the talk of the town. 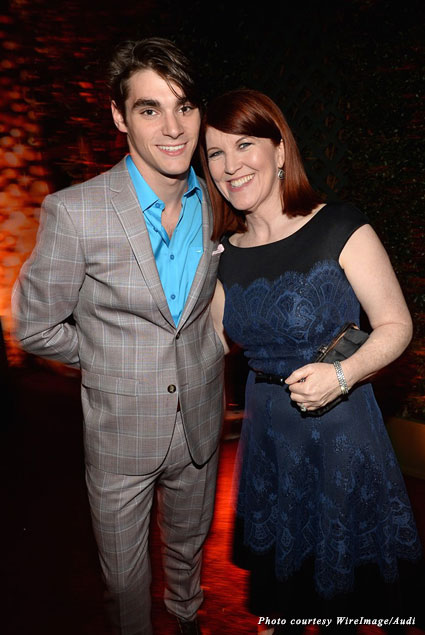 “I can’t say anything about what’s coming up,” he announced with a laugh about this, the final season of the multiple Emmy Award-winning show with just a couple of episodes to go. “They would kill me!”