New Year’s Eve 2012: Celebrations From Around the World 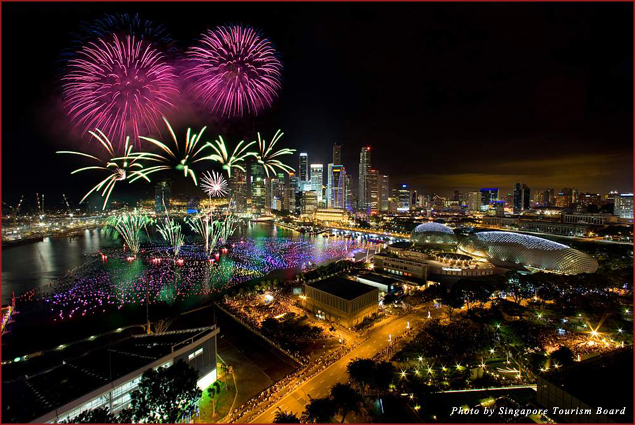 From Cambodia to the Maldives, New Year’s Eve is a global celebration. For those who are tired of the same old thing, we have compiled a list of destinations around the world where the New Year’s Eve festivities will surely please anyone looking for a new and exciting experience. 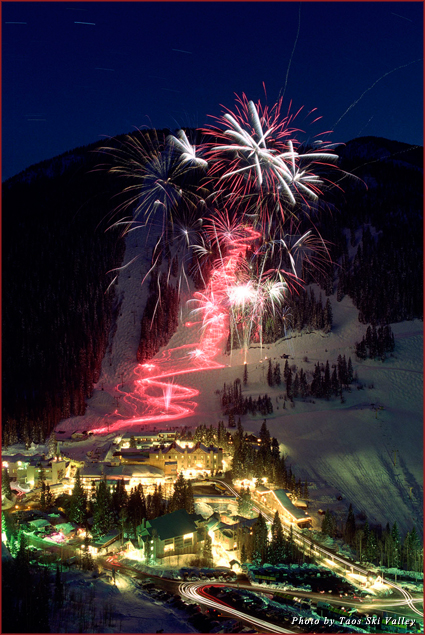 Taos Ski Valley, New Mexico
Just outside of Taos, New Mexico, is an awesome sight to see during New Year’s Eve. Taos Ski Valley hosts its New Year’s Eve Torchlight Parade and Fireworks Show, where trails of light lit by skiers with torches zip down the mountain. Firework displays illuminate the white snow below as the new year is celebrated. This event is free to attend so get those snow boots on and get ready to enjoy the show. 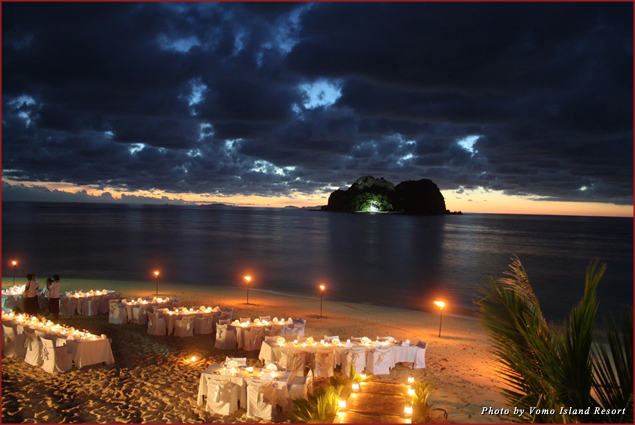 Vomo Island, Fiji
Those looking for an escape from the cold can celebrate New Year’s Eve in the South Pacific at Vomo Island Resort in Fiji. This private island is ushering in the new year with an elaborate, beach-chic party under the stars. For its annual New Year’s Eve party, the hotel converts its gorgeous Rocks Beach into a sand-made, open-air lounge lined with tiki torches and authentic Fijian décor. While relaxing in this exotic setting, one can drink, dance, and dine al fresco under the stars and enjoy a spectacular midnight fireworks display over the Pacific. 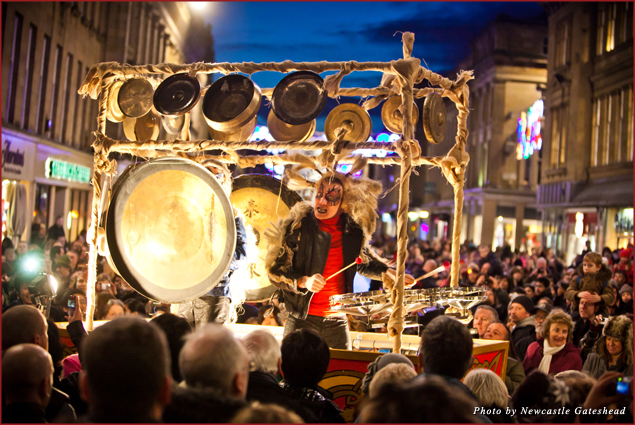 NewcastleGateshead, England
For a city that boasts a population of only 450,000, NewcastleGateshead is host to one of the largest free events in England. The New Year’s Eve Winter Carnival draws on Norse mythologies and Viking folklore, with a sprinkle of North East traditions. Local residents partake in the traditional carnival parade, where the Kingsmen’s fire dance leads a flaming Viking longship. Music and carnival performances and a spectacular fireworks finale make this family-friendly event one not to miss. 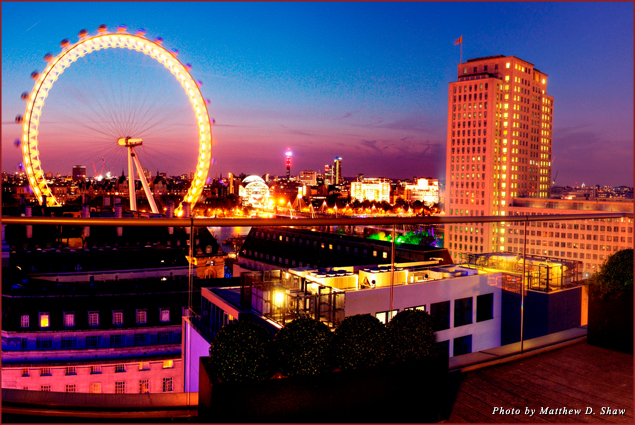 London, England
For those looking for an exclusive New Year’s Eve event, Park Plaza County Hall is the premier place to be. The venue is auctioning off a New Year’s Eve party package to bid farewell to one of the most vibrant years in British history, one that included the Royal Jubilee, the Summer Olympics, and a celebration of 50 years of James Bond films. The highest private bidder will enjoy quite possibly the best views in London from the panoramic balcony of suite 1408, one of the hotel’s penthouses. In addition to views of the New Year’s Eve fireworks, the lucky bidder with receive six bottles of Moët & Chandon champagne and traditional British fare to share with up to 20 guests.

Marina Bay, Singapore
Marina Bay in Singapore ushers in the new year with a giant fireworks display. This spectacular and glittering presentation begins in the waters of Marina Bay and lights up the sky against the beautiful backdrop of the Singapore skyline. The 2013 Countdown will also feature live performances sure to entertain all. 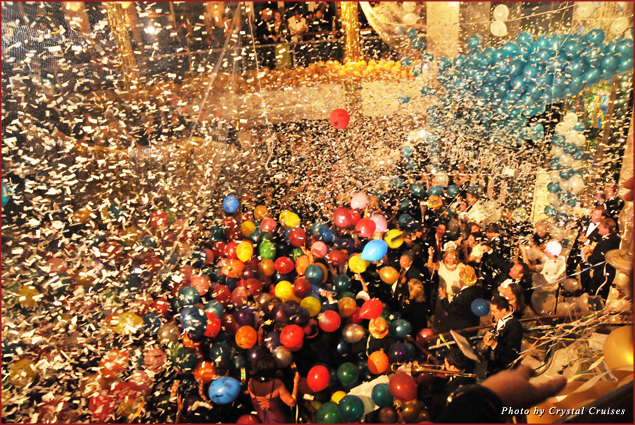 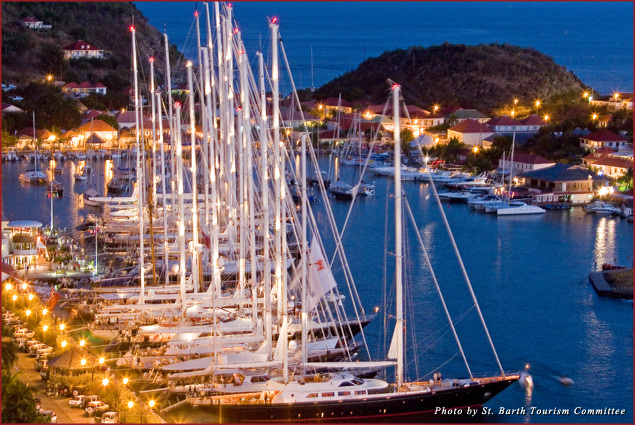 St. Barths
Traveling to the Caribbean this holiday season? Plan to make a stop in St. Barths. Known as one of the chicest islands in the Caribbean and a playground for the rich and famous, St. Barths is home to one of the best New Year’s Eve celebrations. The annual New Year’s Eve Regatta has become a huge draw for yacht owners from around the world looking for a “just-for-fun” sailing event. It is a tradition In St. Barth’s to ring in the new year on the Quai Général de Gaulle in Gustavia, where live music is played throughout the evening, and a magnificent fireworks display lights up the sky while yachts line up at the dock to toot their horns at the stroke of midnight. 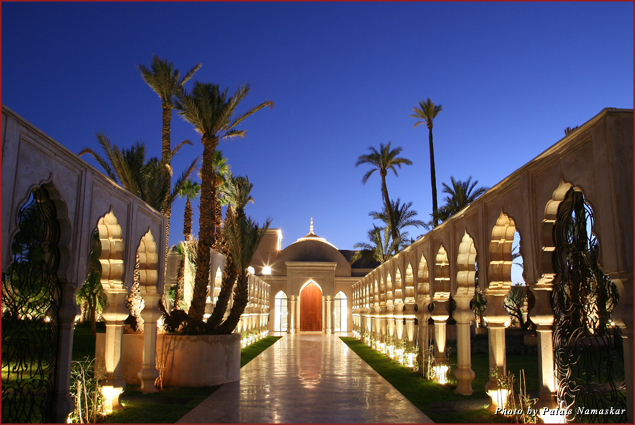 Marrakesh, Morocco
The newly opened Palais Namaskar is celebrating its first New Year’s Eve in lavish style. Guests will stay in exquisite villas at this one-of-a-kind masterpiece hotel and enjoy a gala dinner with a 15-course tasting menu prepared by the world-renowned French chef Antoine Perray. The evening will be full of surprises, set to the sounds of DJ Christo Z, who will spin at No mad Bar amid breathtaking views of Marrakesh. Looking for an intimate escape with that special someone? Look no further than Palais Namaskar’s New Year’s Celebration. 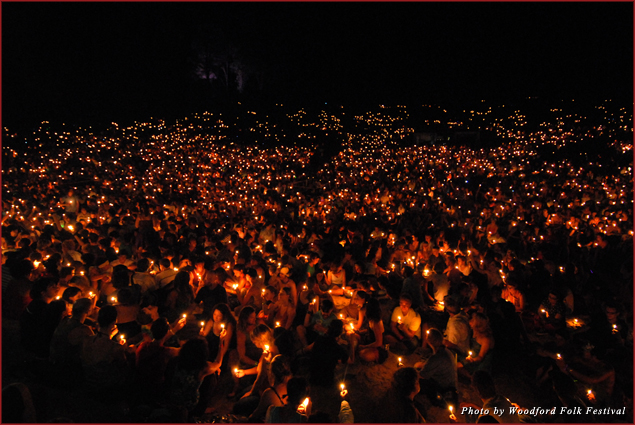 Queensland, Australia
Music lovers will not want to miss the Woodford Folk Festival. Since it is summer in Australia, guests can enjoy warm weather in this outdoor, family-friendly event. The Woodford Folk Festival explores the full breadth and depth of the cultural, artistic, social, and culinary diversity Australia has to offer. With more than 2,000 performers during this multi-day celebration there is surely something for everyone. On New Year’s Eve, attendees will observe a custom called “Three Minutes of Silence” where they light thousands of candles. The ceremony is a moving and magical time and is used to reflect the year that has been and cast wishes to the future, with nothing but the sounds of nature surrounding the festival grounds. 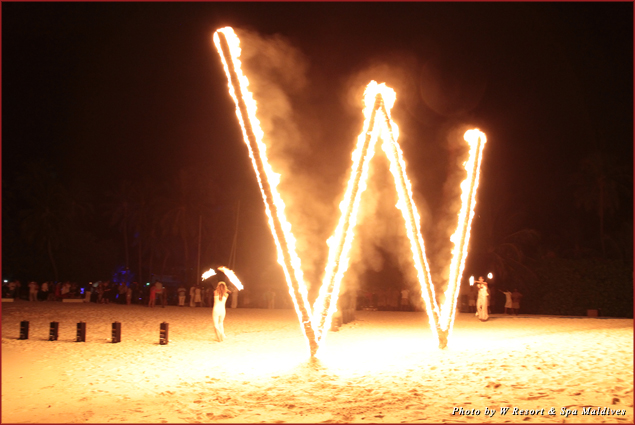 The Maldives
Drink, dance, and ring in the new year in a loud way at the W Hotel Retreat & Spa Maldives. W Hotel’s “Holiday Louder” party features the Danish DJ duo, ENUR, who will crank it up before the countdown to 2013. Guests of this exclusive party will be treated to W Happenings, including the Mix & Mingle that begins as the sun sets over the horizon of the Indian Ocean. The event features W Hotel’s director of cocktail culture, Joseph Boroski, who will serve up signature holiday cocktails, and delectable dishes from executive chef Nikolaj Repten. After midnight, stay beachside to enjoy more intoxicating cocktails and tunes.

Hong Kong, China
Take a step back in time to the Roaring ’20s at the Pawn’s New Year’s Eve Prohibition Night. Guests will enjoy an evening of burlesque dancers, a live band, and a DJ throughout three floors, echoing the hedonistic antics of the 1920s. An open bar includes beer, wine, bubbles, spirits, and cocktails along with canapés. The Pawn, situated in heart of Hong Kong’s buzzing Wanchai district, earned a reputation as a favorite destination for locals and has become a must-see for visitors since it opened. The restaurant and bar is spread over three stories and is located in a restored 19th century Chinese shop house building.

Nassau, The Bahamas
Every year Bahamian’s celebrate the festival of Junkanoo, an energetic and colorful parade of brightly costumed people dancing to the rhythmic accompaniment of cowbells, drums, and whistles. Reminiscent of New Orleans’ Mardi Gras and Rio de Janeiro’s Carnival, Junkanoo is the major cultural festival of the Bahamas. In a magnificent celebration of life and freedom, the festivities are celebrated in two spectacular parades on Boxing Day, which is held on December 26, and on New Year ’s Day. Visitors to Nassau will not want to miss this dazzling jubilee.

Pattaya, Thailand
Looking to celebrate New Year’s Eve with a little more glitz and glamour? Check out Amari Orchid Pattya’s New Year’s party at the Mantra Restaurant & Bar. The event features mind-blowing gastronomic sensations that would entice even the most discerning foodies, as well as live shows and music. Amari Orchid’s New Year’s Eve bash is surely not to be missed.

Gold Coast, Queensland, Australia
When one hears the name “Versace,” glamour, luxury, and decadence come to mind. The same is true for the hotel that bears the fashion designer’s name. The Palazzo Versace will host a sensual and sultry burlesque-themed event with an extravaganza of exotic live performances that includes glittering burlesque dancers, elaborate theatrical displays, live aerial performances, and entertainment by celebrated international DJ, Wayne G. Guests will be seduced in Palazzo Versace’s Pleasure Emporium, where Moët & Chandon champagne and Belvedere vodka will be free flowing as the clock counts down to 2013. For opulence and a party of palatial proportions, celebrate New Year’s Eve at the Palazzo Versace.

Miami, Florida
There’s a New Year’s celebration for all types. For golf lovers, Doral Golf Resort & Spa, the newest addition to the award winning Trump Hotel Collection, invites guests to “Swing in the New Year” with packages that promise a memorable start to 2013.

A Holiday Gift Guide for Every Travel Personality Valentine’s Day Roundup: For Couples Who Love Luxury