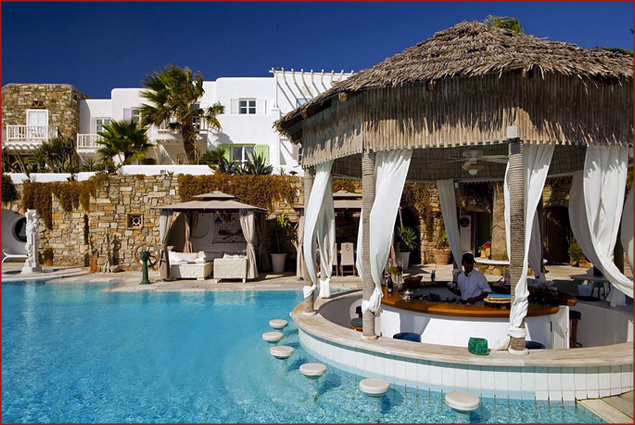 It was no surprise that my best week last summer was the time I spent on Mykonos. Strangely enough, even being Greek-American, I had never been to this gorgeous Aegean locale. But now it’s a summer must-do (already booked in for end of July until…). I bedded down at the divine Kivotos Hotel. The inspiration and energy here is unmatched. On a cliff overlooking the Bay of Ornos, the family-owned and operated property feels more like a clubhouse than a traditional hotel, where caftans and bare feet were on order the entire 10 days.

Celebrating its 20th anniversary this year, Kivotos is offering a 5-percent discount when you book online at Kivotos Club Hotel, and they’ll toss in early check-in and late check-out upon availability, daily buffet breakfast, priority spa and dinner reservations, and complimentary airport or port transfers upon arrival and departure. 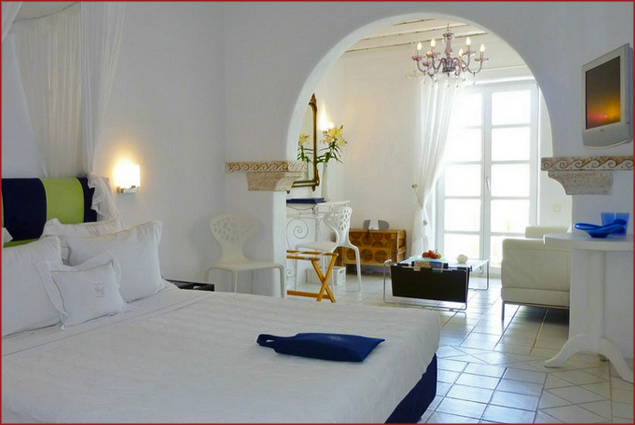 The 39 rooms and suites have been individually decorated by famous artists and local craftsmen, and are tucked away in a villa environment with paths that wind their way down through lush leafy grounds and flower gardens to the freshwater pool with expansive deck and dining, Jacuzzi, and swim up bar. 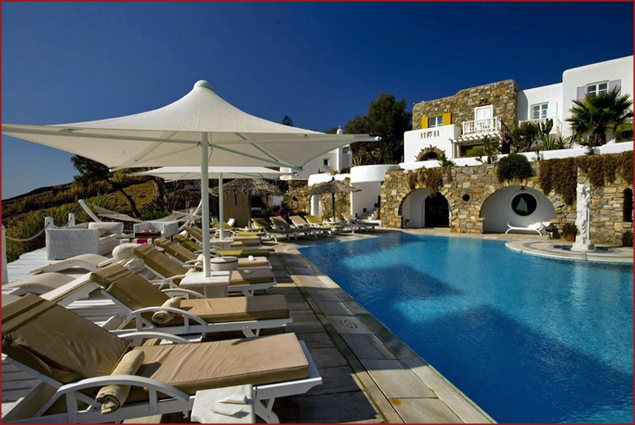 A gorgeous, private beach is just a few steps below the hotel’s main pool deck, and day beds abound, leaving you plenty of space to lounge and soak in everything that makes Mykonos—as my friend Maria puts it, “everything I need in an island.”