My Life in Atlantis 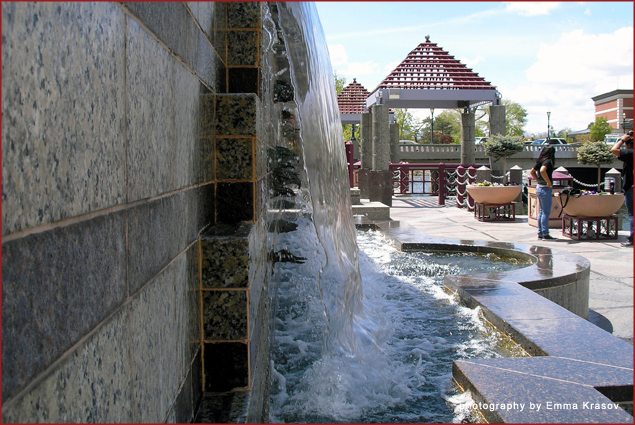 A billboard along Interstate 80/580 in California read, “Spa is not an indulgence, spa is a way of life.” Under the slogan, there was one word in artistic script: “Atlantis.” That’s how I knew that the millennia-old rumors about the demise of Atlantis have been greatly exaggerated. If only I could imagine what kind of prehistoric discovery I was about to make there… 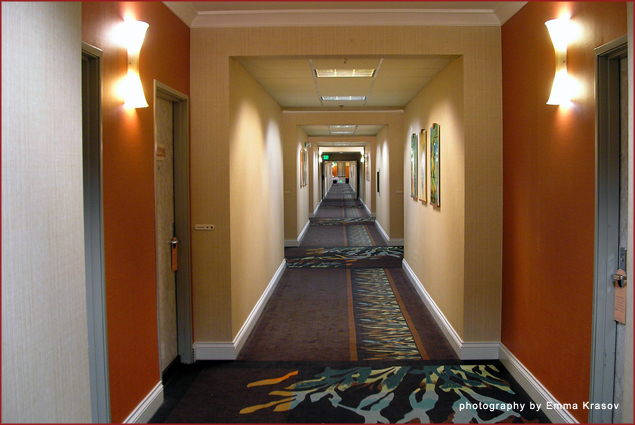 Alive and well in Reno, Nevada—now on a smaller scale, as it often happens in history—the vanished continent is reincarnated as Atlantis Casino Resort and Spa. Like any good hotel, it strives to live up to its name with a recent expansion and renovation. New Concierge and Luxury Tower rooms, adorned with dark wood and marble; royally comfortable bedding, and sweeping views of the Sierra Nevada Mountains surely fit the lifestyle of contemporary Atlanteans. 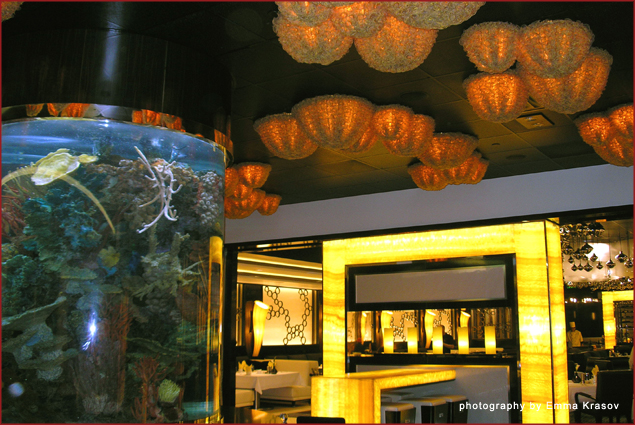 Unabashed gambling on the casino floor, covered with coral-patterned carpeting, and decorated with undersea theme, can also be attributed to our primordial urge to tempt the fates. Despite our scarce knowledge of the mythical civilization, we tend to imagine the lavish lifestyle of spoiled Atlanteans reveling in decadent indulgencies.

During my three-night stay at the Atlantis, I thought I’d seen it all, but then I hit the spa. Newly open and designed to please all the senses, Spa Atlantis offered heavenly massages and pure euphoria with its Aqua Spa, Brine Inhalation-Light Therapy Lounge, Laconium Relaxation, herbal steam rooms, and cedarwood saunas. All anticipation, I pushed open the glass door and entered a tranquil calm-inducing facility on the third floor of the hotel. Later, thoroughly 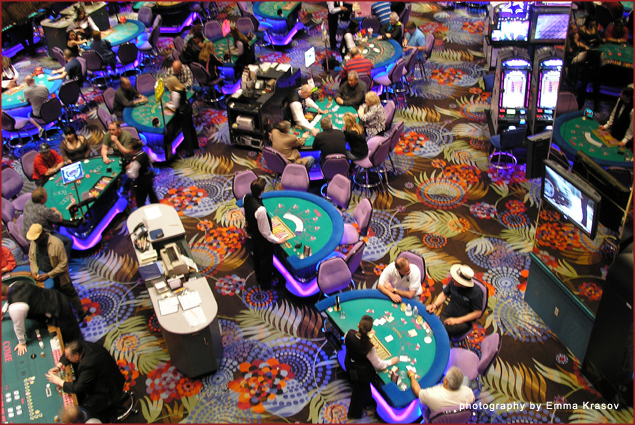 soaked and showered, I pulled on my swimsuit, slipped into a plush spa robe with satin trim, and stepped into Women’s Tea Lounge. Alas, every single bed and chair there was taken by my fellow euphoria-seekers.

I left the women’s lounge, and wondered into an orchid- and candle-light decorated hallway. I was heading for that brine inhalation room, intrigued by its implied delights. As I usually do, I got lost in a darkish unfamiliar space, and had to make a U-turn, trying to figure out where to go, and which of the identical glass doors to push. Then a kind spa attendant in angel-white clothes showed me the way to my target destination.

A graded wall of salt in a dimly lit room looked like a giant snowdrift dripping brine from its fluffy surface. A beam of light directed at the wall changed colors and created a magical sensation as it reflected off the surface. In front of my eyes, the “snow” turned magenta-purple, then starlight yellow, then 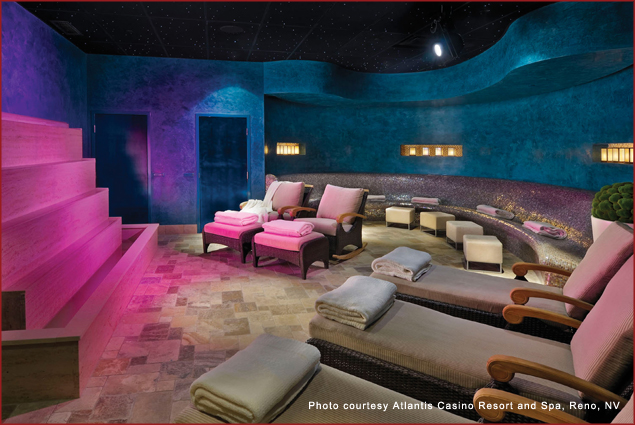 neon blue, then absinthe green. Enchanted, I reclined on a bed, one of many placed in a half-circle facing the wall, and watched the brine drip. The ceiling was covered with tiny LED lights, shining like stars, the air smelled of seawater, and some soothing New Age music was streaming in, enhancing the experience. I was afraid to doze off, not to miss a single moment of magic. Then I realized that I had other plans for the day, and I reluctantly got up and left the room.

I found my way back surprisingly fast, went through the familiar glass doors, and noticed that the tea lounge was completely empty at this time. I fought a temptation to finally indulge in a fragrant cup of detoxifying tea, and decidedly stepped into the locker room. The first thing I saw almost turned me into a proverbial salt pillar. There were no women there. Not one. Instead, there were some men, stark naked and staring right back at me. For a moment, I imagined that while I was away the women’s locker room had been invaded by some Atlantian-type brutes, but then it dawned on me that it was me. I was the intruder. Momentarily, I plunged into a deeper state of shock. Don’t get me wrong, I’ve seen naked men before. From my premarital years, I clearly remembered their athletic bodies and testosterone-induced hairiness. In those years, I’ve never seen a man of my now current age… These were no athletes. More like a squid and a whale… 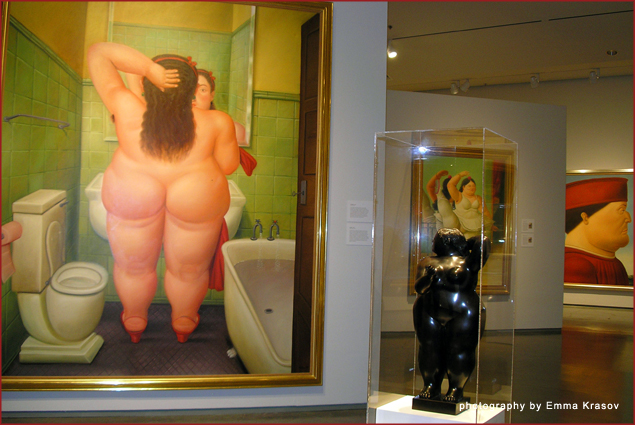 Coming to my senses, I muttered, “Sorry,” turned on my heels, and left the room. Ashamed and embarrassed, I still couldn’t help but indulge in a vengeful sensation of being fully clad and switching places with the usual suspect male voyeurs for a change. Then another, less pleasing realization struck me—my own looks must have differed, too, from those in my…prehistoric years.

Oh well, there was no time to dwell on that. A glass of Bistro Mojito with Grand Marnier and fresh mint, and the many joys of the Atlantis helped me drown out the pesky idea.