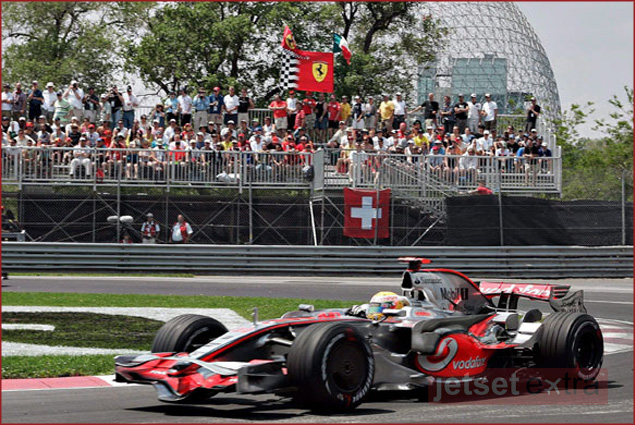 What really gets your motor running? For Jetset Extra it’s roaring engines, breakneck speeds and heart-pounding action. Whether you prefer the race circuit or the party circuit, the Canadian Grand Prix in Montreal has you covered. 2010 marks the return of the official Grand Prix to Montreal, and with it three days of incredible nightlife and outdoor activities taking place from June 10 to June 13.

The annual stopover in Canada is the most prestigious automotive event in North America and now is your chance to witness the incredible atmosphere that takes over Montreal during F1 weekend. When Grand Prix rolls to town, thousands of F1 fans and thrill-seekers take over the streets, making Montreal one of the most popular F1 cities in the world.

Jetset Extra’s Montreal insider Tamy Pepin revs you up with what you’ll need to know during your Montreal trip, including Montreal hotels and exciting things to do during your stay.

Crescent Street is located in downtown Montreal and is blocked to traffic from St-Catherine to Maisonneuve Boulevard. This part of town is extremely popular, especially during the day, as you’ll have the opportunity to see real racing cars up close and visit a variety of booths that will make you discover the world of F1. Known for its many patios and bars, make sure you stop for a cocktail at Newtown, a cozy lounge which got its name from ex-owner and race car driver Jacques Villeneuve. 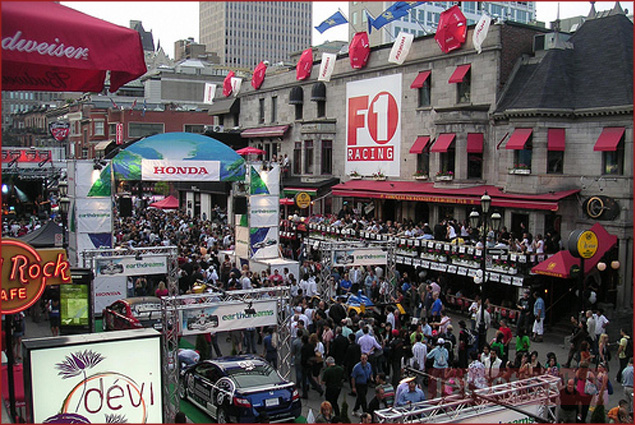 St-Laurent Boulevard is where you’ll find the jetset crowd during Grand Prix celebrations. Just like Crescent Street, the popular Montreal Boulevard becomes a massive pedestrian artery and outdoor party, spanning from Sherbrooke all the way up to Mont-Royal Street. St-Laurent is the Mecca of beautiful girls, incredible nightlife, delicious restaurants and top-notch atmosphere. If you’re trying to spot a celebrity, you might want to try Buonanotte. As in previous years, the Montreal restaurant and supper-club will be hosting some of the most sought-after parties in the city. 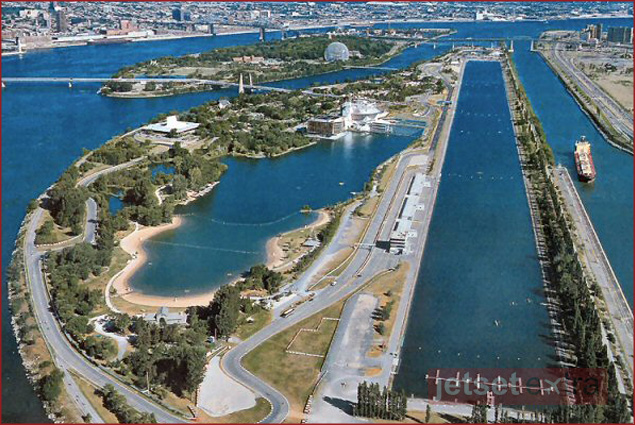 The F1 Fan Zone is a brand new event this year, celebrating the return of Formula 1 racing to Montreal. Taking place at the Quays of the Old Port of Montreal, it’s the only Montreal event officially prepared by the F1 organization. So what can people do at the Fan Zone? Well, first of all, young and old will get to meet the racers and experience virtual simulators that will put them in the driver’s seat. Then, just before the races, fans will be able to attend a variety of shows on top of being in the heart of historic Old Montreal. Don’t forget to hang out on a patio of the animated Place Jacques-Cartier!

The Sid Lee Garage Party: International agency Sid Lee (you know, the one behind that Adidas Star Wars video that is taking over YouTube right now) is hosting a major garage party in a secret location on Thursday night. The location will only be revealed the day of the party so keep your eyes peeled on their notorious Facebook page for deets. Please note that you must absolutely RSVP to attend this event! 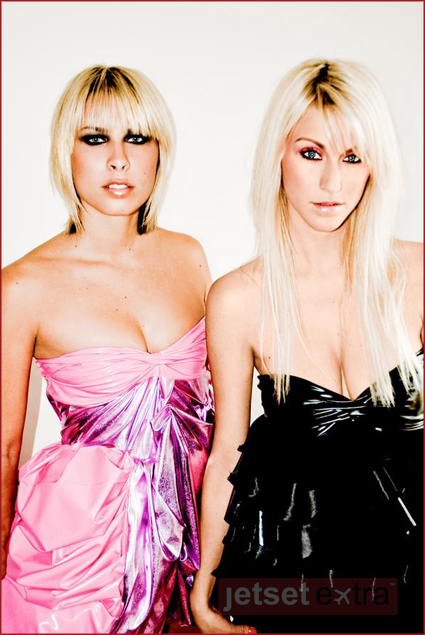 Blondish: Having emerged from Montreal, this double act recipe is made up of Djs Vivie-Ann and Anstascia. These girls know how to rock a party and are everything but your usual blonde stereotype. They’ve played around the world and are back in town for Grand Prix. If you like house music, this party’s for you!

The Street Party at La Porte Rouge: In the midst of the street sale of Mont-Royal Street, La Porte Rouge is celebrating its 2nd Anniversary and organizing a massive street party on their outdoor patio all weekend. 7 DJs are performing both Friday and Saturday, transforming Mont-Royal Street into a huge dance floor! 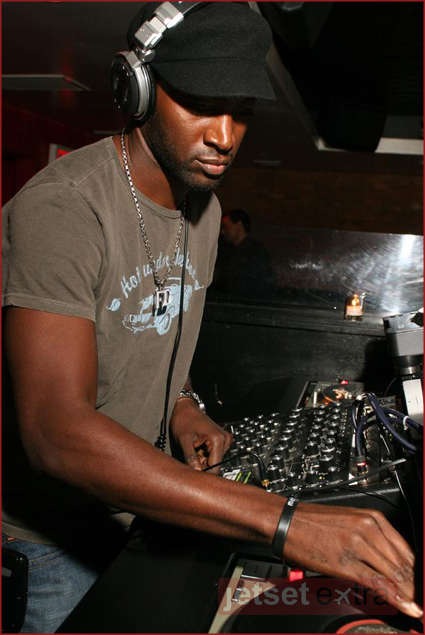 Frank Delour at Buonanotte: This jetsetter would go to this party just to stare at DJ Frank Delour. The New York/Miami sensation is the DJ of choice for clients such as Gucci, Vogue, Fendi, Valentino – and girls, he’s hot. Delour plays some amazingly soulful classics, hip-hop and mash-ups, which are sure to make you dance all night. See you by the DJ booth, or dancing on the tables, oui? 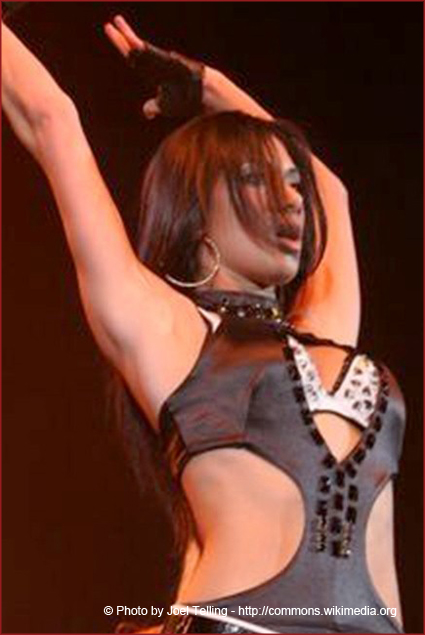 Jangala Loft Party: A jungle of music, installations, fire dancers and other exotic celebrations await you at the Jangala Loft Party. This party is happening at the heart of the city and at the cusp of the huge outdoor party that will be St-Laurent Boulevard.

DJ Gusto at Buonanotte: Buonanotte is the place to see and be seen during Grand Prix Weekend. As for Gusto, he’s one of Hollywood’s favorite celebrity DJs, having set the mood for the likes of Justin Timberlake, Christina Aguilera and Paris Hilton to name a few. Get there early or you won’t get in.

Ferrari Party at Hotel Le St-James: This is probably one of the most exclusive Grand-Prix parties happening this weekend. It might be VIP and invite only, but that has never stopped me from getting into an event, so I thought I would include it anyway, for the benefit of all you fierce readers. So what’s the big deal? First, Hotel Le St-James is one of Montreal’s most elegant and renowned hotels. Second, there will be a reception at 6pm to mark the fourth round of the Ferrari Challenge Trofeo Pirelli, in addition to many surprises, including the brand new Ferrari 599 GTO, the 458 Italia, and the private Beechcraft Hawker jet that will be on display near the entrance to the hotel. Word on the street is that there will be many celebrities, race car drivers and even a few Olympic gold medalists in attendance. I will be there, fully equipped with my Flip-Cam for later reporting. 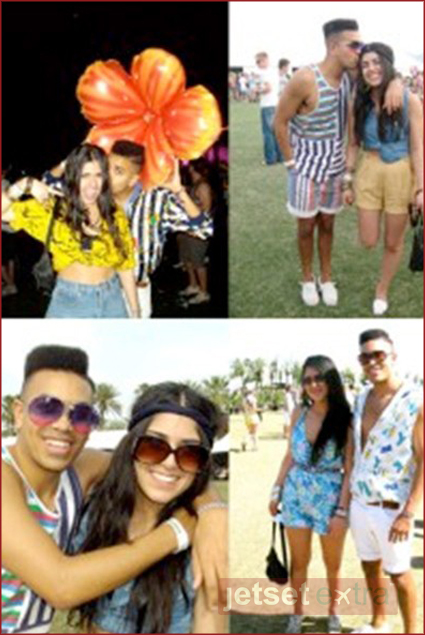 Shaydakiss and A-Rock at Velvet: They are the cutest couple in Montreal and also happen to be my two favorite Montreal DJs Shay and A-Rock are the bomb! This party will be full of local partying legends, trendsetters, hipsters and other fun characters seeking everything but the presence of the bourgeois Grand Prix crowd. Velvet Club is located in Old Montreal’s Auberge St-Gabriel.

Madonna’s DJ Enforno at Buonanotte: If I’m mentioning Buonanotte again, it’s because it is a true Montreal institution when it comes to high-rolling parties. The St-Laurent supper club will celebrate the last day of Grand Prix festivities with famous DJ Enforno, also known as Madonna’s chouchou turntable-ist. 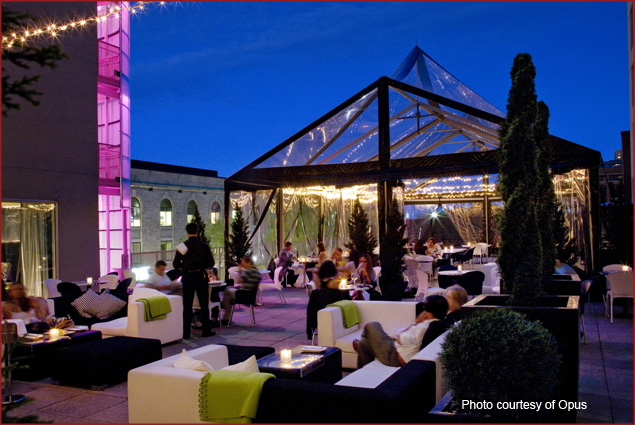