Molière’s “A Doctor in Spite of Himself” at Berkeley Rep 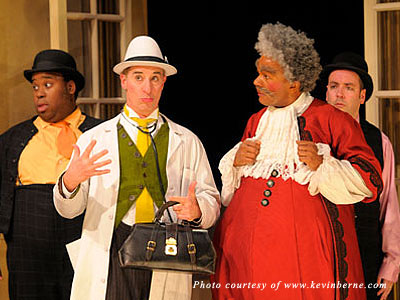 True to the spirit of Molière, cut loose from self (and any other) censorship and updated to the tune of morning news, the classic comedy A Doctor in Spite of Himself is now bringing the house down on the Roda Theatre stage at Berkeley Rep.

Adapted by the comic actor extraordinaire Steven Epp and director Christopher Bayes, the play maintains the structure and tempo of the 17th-century genius French playwright’s playful masterpiece, but bubbles it up with sexual innuendos and political references of today – to sparkling results.

The lightning-speed stage speech that sounds a lot like inspired improv, the well-worked mise-en-scene, and the clever use of puppets are rewarded with fits of laughter from the audience. The entire show feels like a glass of French champagne delivered in the most lighthearted manner.

Directed by Christopher Bayes and with Steven Epp in the title role, the show engages a constellation of talented comedians to convey the many subtle and not-so-subtle messages on love, sex, marriage, and professional competence in medical practices. 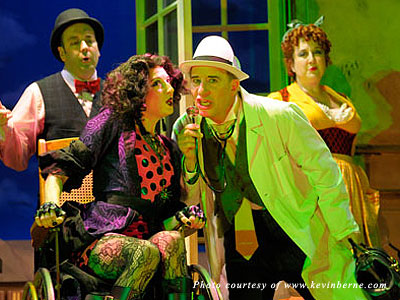 Jacob Ming-Trent is hilarious as Valere and strangely appealing and poignant as Cherub. Chivas Michael is a total knockout as Leandre. Allen Gilmore is unbearably funny as Geronte. Justine Williams is true to the image and fiery as Martine. Julie Briskman is comically cool and poised as Jacqueline, making a perfect duet with Liam Craig as sincere and slow-ish Lucas. Renata Friedman is Lucinde – it would be hard to imagine a more precise one.