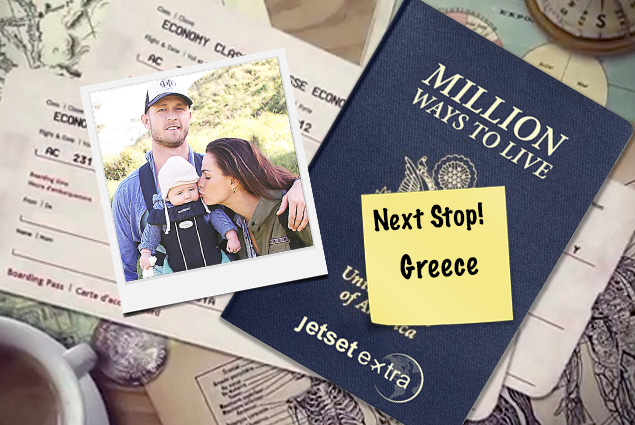 While riding in a car through the mountains of Northeast Greece, a big smile stretched the muscles of my face. It is one of those moments that’s so unique and random you can’t help but imagine talking to your friends and family about it and simply saying, “you can’t make this stuff up.”

That’s what caused this particular smile. Travel enough and you’ll surely find yourself in similar situations.

So what made me smile so big? What was so random I couldn’t have possibly made it up? Allow me to explain:

I was en route to the tiny Greek village of Arnea with the owner of my hotel, Alexandros Palace. Unfortunately, Rula did not speak a word of English. But because she had lived in Venezuela, she was fluent in Spanish, so it proved the perfect opportunity to practice my Spanish. And what were we talking about? Well, her daughter Sophia’s Japanese heavy metal rock band, of course, of which she happened to be the lead singer. During our round trip I listened to three full albums, and I must say I was thoroughly impressed. I didn’t expect the music to resonate with me, but the professional quality blew me away. As it turns out, Sophia was a professional and she had toured around Japan several times. Go figure.

So, let me sum that up for you. I’m driving through the mountains of Greece with a Greek hotel owner, speaking Spanish and listening to her daughter’s Japanese heavy metal rock band. Yeah. Random. I live for moments like these.

But my time in Greece was much more than just this memorable moment in time. I got to spend quality time with Rula’s whole family, and each one provided a new adventure. Rula really went out of her way to make sure I had a comfortable stay at Alexandros. We even took a selfie together with her niece after my awesome cruise to Mount Athos. 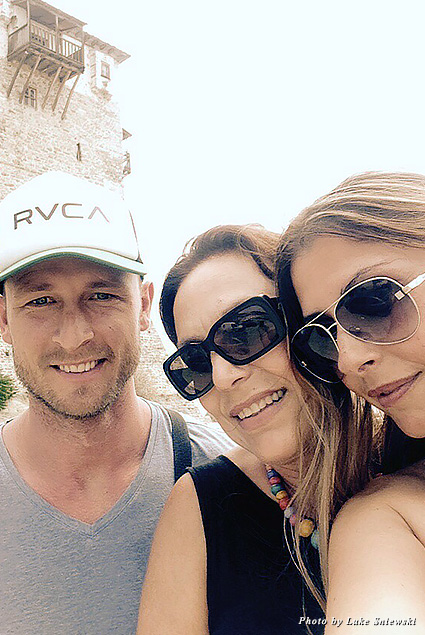 Sophia and her fellow heavy metal entrepreneur Zombie Sam took me to the birthplace of Aristotle, where I wandered through the ancient walkways (excavated since the early 1990s) where Aristotle himself used to contemplate his life philosophies. 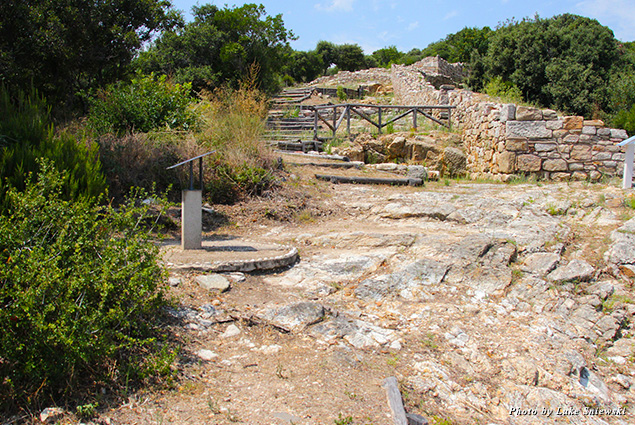 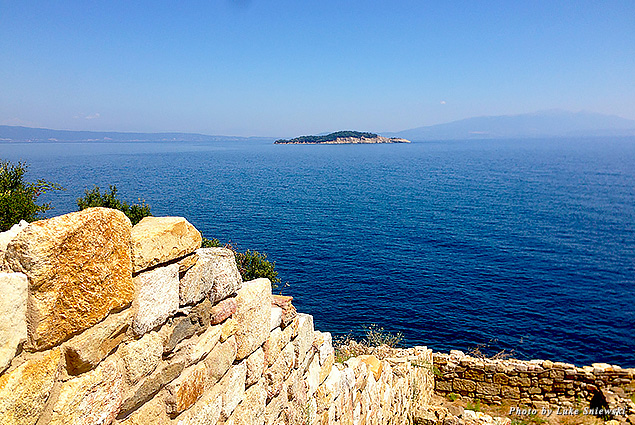 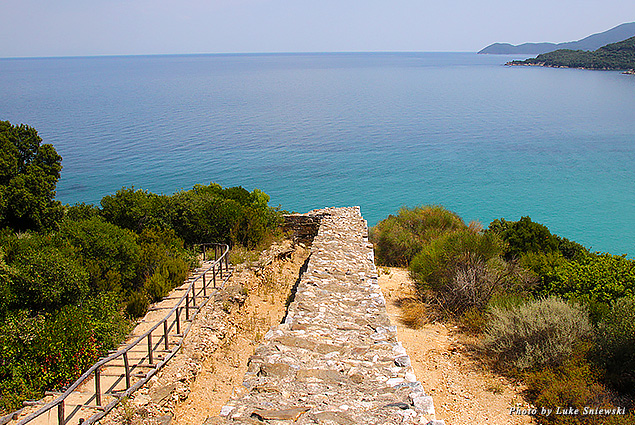 If I had the daily opportunity to walk through landscapes and views like these, I’d be a lot more mindful and philosophical, too. Sophia told me Aristotle would wander around and collect medicinal plants to test and study. 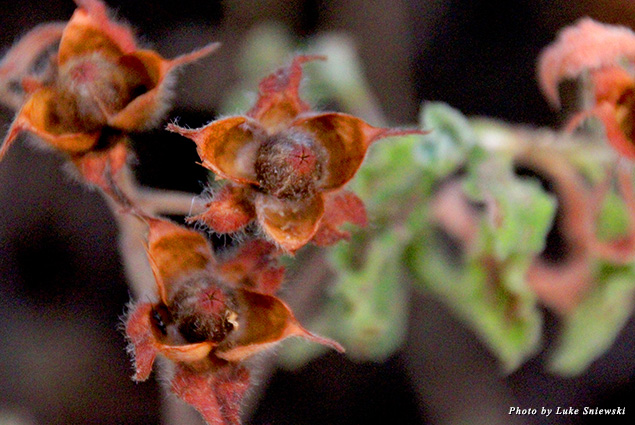 Sophia, Sam, and I then went to Varvara, a 600-person mountain village where we met up with our local guide, Joan, and went to eat delicious local foods at a taverna. Joan couldn’t stay long because she had to attend a funeral for a baby, who had died in the community. When someone dies in Varvara, everyone grieves together. It was a sad story but one that showed the power and strength of this tiny community as everyone bonded together for emotional support. 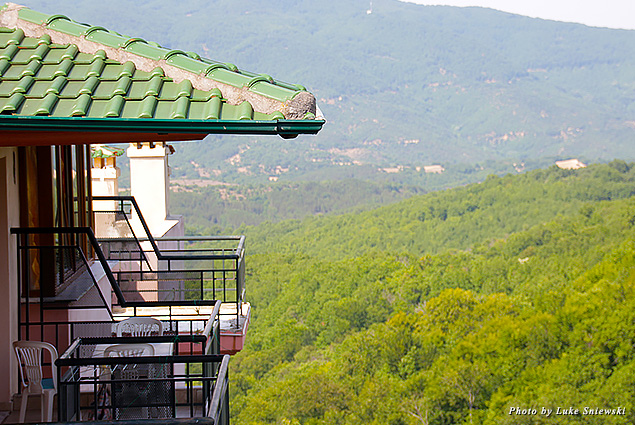 We didn’t order anything, but instead the restaurant owner brought out whatever he thought would impress us. What followed was Greek dairy madness—a feta cheese salad, tzatziki, a Greek salad, and an eggplant and pepper dish. Luckily, I brought my appetite. We pretty much cleaned each plate. 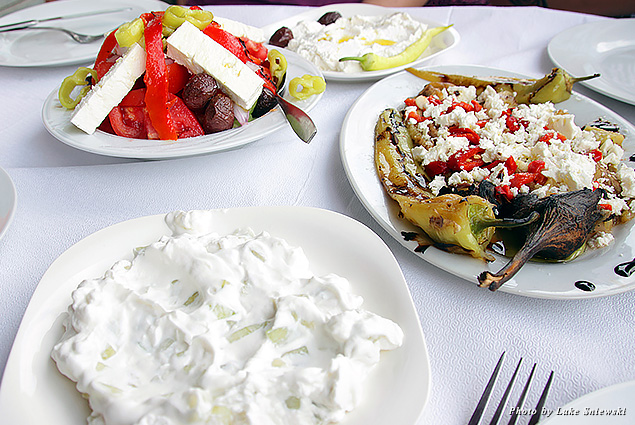 The second course was pork chops made from the owner’s family-owned pigs. 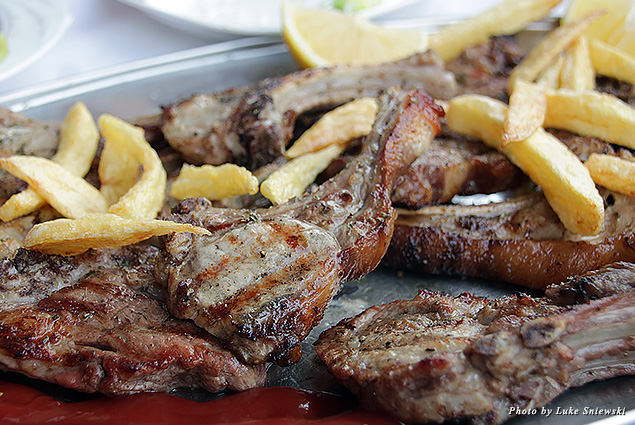 The next family member to guide me through the region was Janis, who took me high up into the mountains of Mount Athos, where we spent the afternoon touring a local winery. When we finally reached the peak, it took us a few long minutes of silence and a glass of wine to take in the view fully and completely. 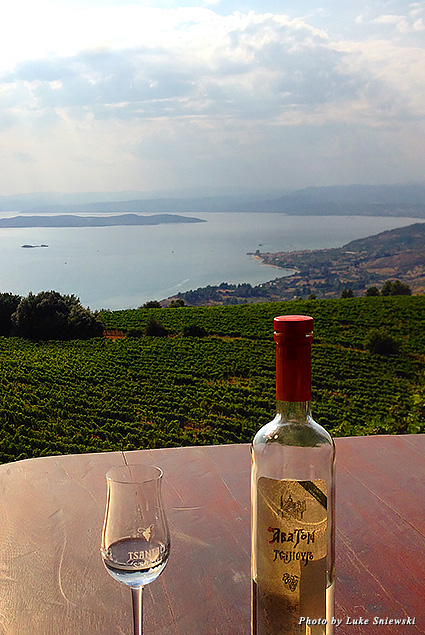 Last, but certainly not least, was Thomas. Within a few minutes of meeting him, I knew we’d be friends for a long time. Also, after a couple philosophical discussions (Aristotle’s energy must have impacted me more deeply than I thought), I knew he would be the perfect person to film for an episode of Million Ways to Live.

So out we went in the sea to film… 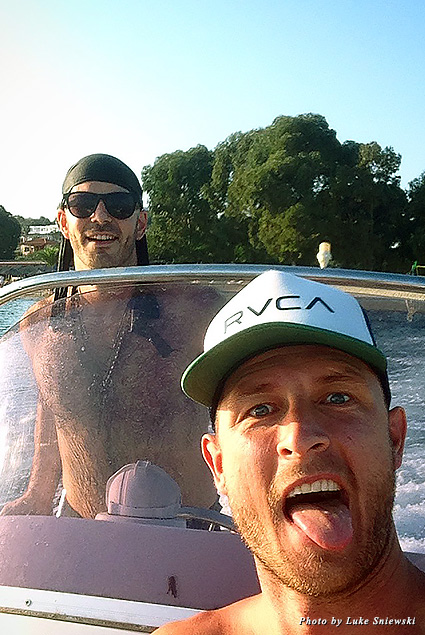 And here’s the episode. Have you ever heard of a monastically inspired heavy metal musician? Neither had I.