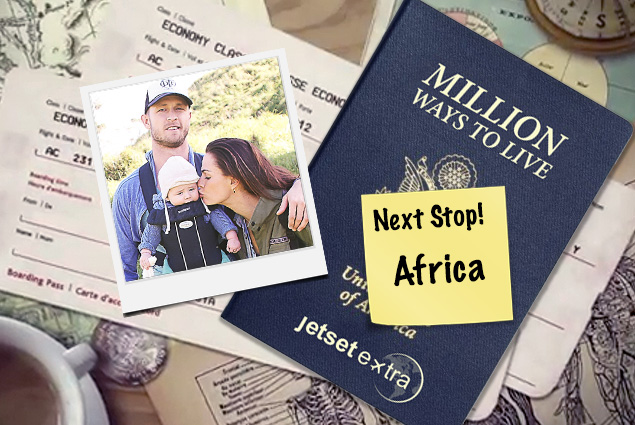 Africa has always been the great unknown to me. I’ve heard so many different perspectives, stories, and experiences that I didn’t really know what to expect. Unfortunately, that lack of expectation led to fear and resulted in Claire and Jack going home to New Zealand while I ventured through Africa alone (well, not alone, but without Claire and Jack).

My worries and fears were quickly subdued as I dove into the local cultural experiences of three different African countries.

I was most anxious about visiting and staying in Johannesburg, South Africa, since it is considered one of the most dangerous cities in the world. During my initial taxi ride to my Couchsurfing accommodations, I was tense and overly suspicious of any detail that could have had the slightest possibility of being malicious. Why did the driver not use his GPS? Why did he lock the doors? Why is the driver taking side streets? It was borderline paranoia.

I had to force myself to take a few breaths and relax.

The truth is, if you avoid the dangerous parts of the city, Johannesburg has so much to offer. I think the best pizza I’ve had outside of Italy is at a place called Mio Col’Cacchio Pizzeria in Douglasdale’s Monte Casino. And right across the street is Fourways Farmers Market, which reminded me of the Sunday morning farmers market I would visit occasionally in Santa Monica. There was a playground for kids, fresh local produce, and at least 20 vendors serving up delicious artisanal food choices. And it wouldn’t be a Santa Monica replica without a juice bar dishing out freshly squeezed veggie and fruit juices.

Johannesburg is also home to an incredible young woman who is changing the world one cake at a time. Nerine Gardiner bakes cakes and gives care packages to homeless and poverty-stricken people in her neighborhood. I tagged along for one of the deliveries and my experience was incredible. The world needs more people like Nerine, aka “Girl with Cake.”

My next stop was Moshi, Tanzania, and it was only luck that had me stay at Stella Maris Lodge. As part of my summit of Mt. Kilimanjaro, we had a few nights after the experience to rest and recover. I couldn’t imagine a more relaxing place to stay. The beds were huge and comfortable, the staff never stopped smiling and was always friendly and polite, and the hotel’s profits fund the elementary school next door. It’s really hard to imagine a better situation for the guests as well as the local community.

The few days of pampering at Stella Maris were more than necessary since our next episode of Million Ways to Live took us into a tiny and remote Maasai village outside of Moshi, where it’s important to embrace local traditions and live as the Maasai do. I think I did just that:

After Moshi, we made a group decision to axe Nairobi from the itinerary and head over to the beach town of Mombasa, Kenya. After a 10-hour bus ride, we arrived tired, hungry, and with our bags smelling of manure. (Why? Because the baggage storage of the bus was hauling manure.) We checked into a hostel called Backpacker’s Nirvana, which hadn’t returned calls or emails the two days prior. We took a chance … and it worked out.

The hostel is 20 meters from the ocean, with absolutely stunning bright white sand, bathtub-warm crystal clear waters, and even a few camels walking around. It’s a freaking paradise I had no idea existed! One that is sandwiched between resorts that cost upwards of $150 a night but only charges about $10 for beds and $20 for private rooms.

Nirvana also has great mojo, with inspirational and thought provoking-posters hanging up everywhere you turn. Here were a few of my favorites: 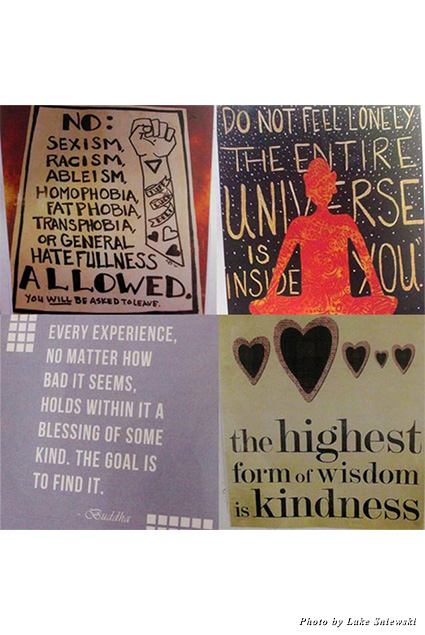 We chose to visit Mombasa because of an organization located there called Bombolulu Workshops, which employs, trains, and provides residence to more than 100 people with disabilities. We decided to film an episode on one of the inspirational workers there who made me a belt I have worn pretty much everyday since. Watch the amazing story here: