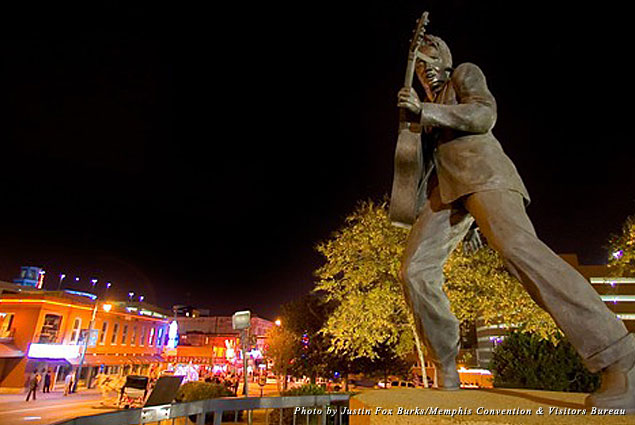 “Hop in. I need help carrying this beer up the hill.”

Those words were spoken to me nearly 16 years ago but I remember them like they were a few months ago. It was a late afternoon on August 15, 1997, and “up the hill” was the mansion across the street from where I worked.

It was a hot afternoon, normal for mid-August in Memphis, Tennessee. There was a family gathering scheduled for later that evening. Nothing unusual, except the family’s last name was Presley and the mansion they would be gathered in goes by the name of Graceland.

In the summer of 1997 I was employed as a tour guide at Graceland, the Memphis home of the late entertainer Elvis Presley. That evening tens of thousands of guests would make their way single file up the long driveway to the cultural icon’s gravesite on the east side of Elvis Presley Boulevard to pay their respects during the annual Candlelight Vigil. 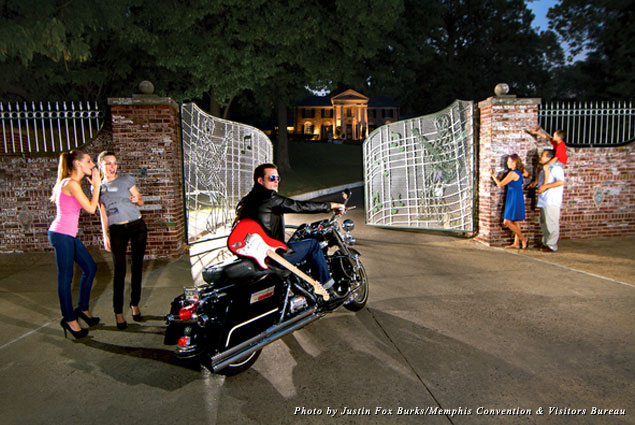 I was a 20-year-old college student working in the plaza across the street from the mansion and in the midst of a 70-hour workweek during the busiest week of the Memphis tourist calendar, Elvis Week.

The Candlelight Vigil is one of the most unique things I’ve ever witnessed in any travel destination. Elvis died in his home on August 16, 1977, and fans from around the world flock to Memphis for Elvis Week every year to honor the King of Rock ’n’ Roll. The week culminates with the Candlelight Vigil, which begins at sunset on August 15. It’s truly a sight to behold, seeing thousands of fans file single file up the driveway to get their turn at Elvis’ gravesite adjacent to the mansion. Some stand and stare, some cry, some say a prayer or quietly sing a few lines of an Elvis song. Others lay flowers or Teddy bears at the grave.

That day, nearly 16 years ago, I was in awe just to be there. I was born on Elvis’ last living birthday, on January 8, 1977, a fact that gained me much cred with the guests at Graceland. I grew up an Elvis fan and felt privileged to be able to work there the summer that celebrated the 20th anniversary of his death.

So, needless to say, when I was asked to lend a hand carrying cases of beer to the mansion I was thrilled at the prospect of walking inside Elvis’ home after hours. The family and guests would be gathered later that night in the house, and I got to stock Elvis’ old refrigerator in the Graceland kitchen. I actually got to walk behind the ropes … in the kitchen. 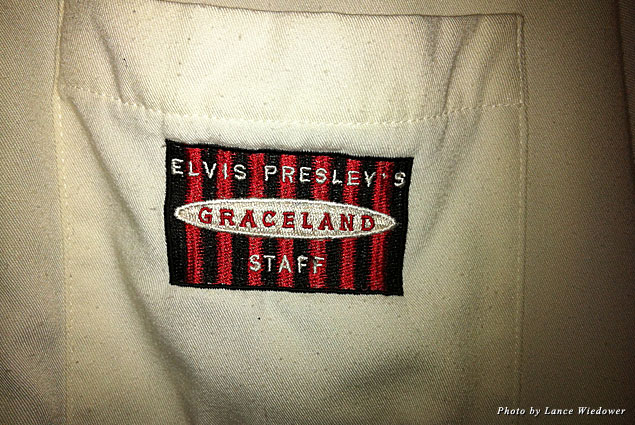 That’s one of my stories, but it’s just one of thousands Elvis fans such as me have to tell. And I think that’s one of many reasons fans young and old travel to Memphis every August to remember the King—to share their own stories with other fans.

Some people were there to witness the rockabilly beginnings, when Elvis was just a shy Mississippi kid from the North Memphis housing projects getting his start from the humblest of beginnings. Others are more the curious type, college kids wanting to experience the quirkiness of Elvis while gawking at the gray-haired super fans, the multitude of impersonators posing in front of the gates, and the young couples with kids just passing through town wanting to see what all the fuss is about. 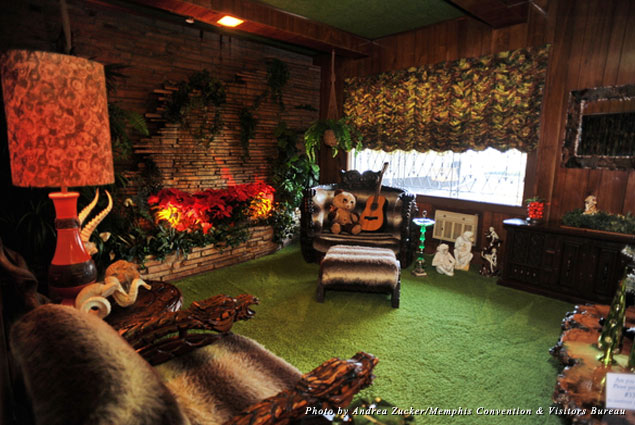 There is a reason Graceland is the second-most visited house in the United States behind the White House. It’s not because it’s large; Graceland is modest by celebrity mansion standards. Some come for the Jungle Room, a room Elvis picked out the décor for on a whim while driving down a street in Memphis and seeing the furniture in a showroom window. Yes, the shag carpet and the waterfall bubbling down one wall are pretty cool. But so is the TV Room downstairs, with its three televisions and crazy yellow and black décor.

And the Pool Room, I mean, just check out this ceiling: 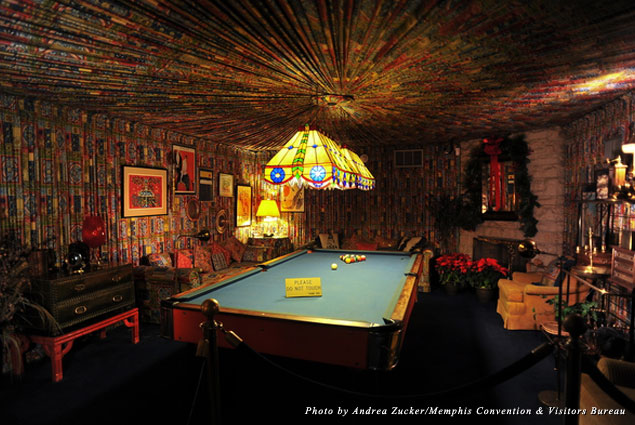 There’s also the all-white Music Room in the front of the house, which displays one of the most magical Christmas experiences every holiday season, when the Graceland staff decks the halls with all of Elvis’ original decorations. The Trophy Room, the long hallway filled with the unbelievable number of gold and platinum records … it’s all unreal to walk the grounds of what was essentially Elvis’ place to escape the world around him.

Taking a Graceland tour during Elvis Week or participating in the Candlelight Vigil are just two small ways to partake in the magic.

The Memphis area has around 1 million residents; if you asked all of them if they’ve visited Graceland all but a few hundred probably would never admit it. But just because the city’s residents aren’t fast to adopt Elvis Week doesn’t mean it isn’t a treasure all the same. From the famed Sun Studio to the Levitt Shell to Elvis’ old high school, the city is full of events celebrating Elvis’ memory.

I’ve been back to Graceland a few times since working there in college. I’ve gone along with family from England who wanted to visit. My wife and I took her parents to see the Christmas decorations one year. And even a couple of years ago we took our son on a tour. But I haven’t been back during Elvis Week. It’s mostly been because of the crowds. But I think a small part of me wants my Elvis Week memory to be that moment in time, that one week where I spent every waking hour at work, living Elvis.

When I worked at the mansion there was a guest from Canada who flew to Memphis a few times a year to spend a week visiting the mansion. She’d buy a ticket, get in line with all the other guests, and take the shuttle across the street, where she’d spend a couple of quiet hours. Some of my co-workers questioned her sanity. I never did. I understood. There’s just something magical about Graceland, something that just makes sense there.