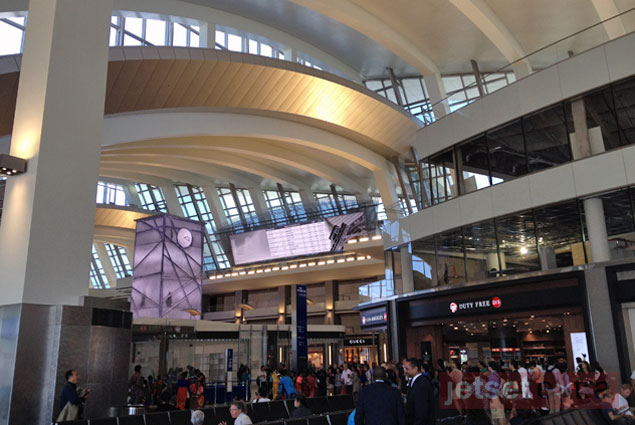 On Wednesday, September 18, Los Angeles mayor Eric Garcetti, along with former mayors and elected officials, airport officials, and representatives of airlines, welcomed travelers and members of the media to the new Tom Bradley International Terminal (TBIT) at Los Angeles International Airport. On this day, 30 foreign air carriers began transitioning operations to five new gates on the west side of the new terminal’s South Concourse. The beginning of operations marked completion of Phase I of the $1.9 billion New TBIT Project.

“The Tom Bradley International Terminal at LAX is the first and last impression of Los Angeles for nine million travelers every year,” Mayor Garcetti proclaimed. “This new terminal enhances passenger safety and security while giving travelers the first-class airport experience they expect from a world-class city like Los Angeles.”

That first-class experience includes the Great Hall, officially named the Anthony R. Villaraigosa Pavilion after the city’s former mayor, which is the terminal’s main attraction. Outgoing travelers who have gone through security and incoming fliers just off the plane are greeted with lofty ceilings and plenty of natural light—as well as shopping that rivals that of Rodeo Drive and food from some of LA’s best restaurants. Delivered by the Westfield Group, the sophisticated lineup of retail and food and beverage vendors includes local favorites ink.sack, Kitson, Chaya, Fred Segal, and Border Grill. A food court offers dining options from Marmalade Cafe, 800 Degrees Pizza, and the über-popular Umami Burger. 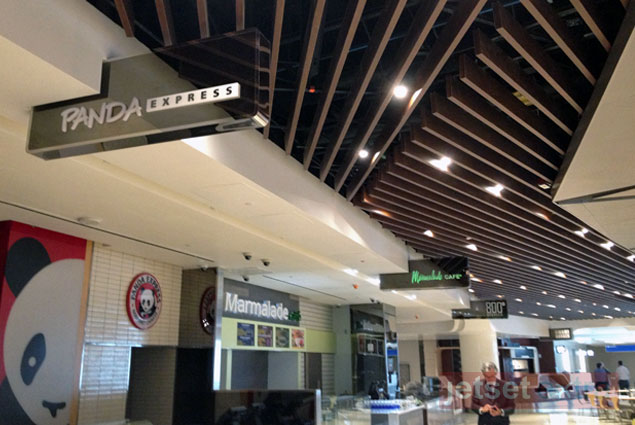 Those looking to get some shopping in as soon as they land in LA won’t have to go far; the Great Hall’s boutiques include Emporio Armani, Michael Kors, Bulgari, Coach, Tumi, Hugo Boss, and Victoria’s Secret. Travelers can also find world-class luxury brands at DFS, a duty-free shopping experience that includes watch brands Omega and Mont Blanc; fashion behemoths Hermès, Gucci, and Burberry; and beauty brands MAC, La Mer, and Kiehl’s, among others. 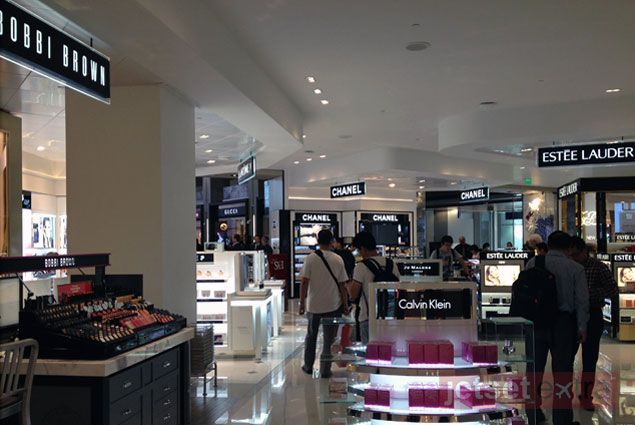 One of the most exciting features of the Great Hall is the 72-foot-tall Time Tower, part of the new terminal’s Integrated Environmental Media System (IEMS). An interactive base triggers content across 5,480 square feet of LED surfaces, entertaining travelers with colorful images and sounds. Our favorite: the beautifully produced videos announcing the hour and half hour that evoke the spirit of Old Hollywood. 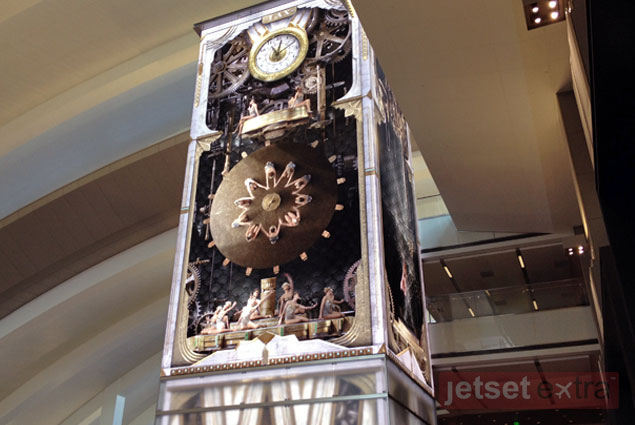 Architect Curtis Fentress and his team at Fentress Architects designed the open and spacious Great Hall and created a flowing roofline intended to recall the rhythm of the waves of the Pacific Ocean. Aluminum ceilings arch over the column-free structure, bringing the interior and exterior of the terminal together in a cohesive theme. “What makes the architecture in the new Tom Bradley International Terminal so significant is that it represents the majestic quality and contemporary philosophies of Los Angeles,” Fentress said. 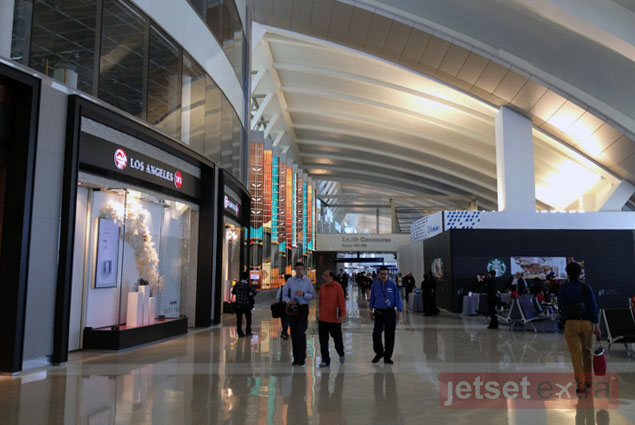 The terminal features 18 new gates, nine of which can accommodate new-generation Airbus A380 aircraft at the same time. The new facility is expected to be able to process 4,000 passengers per hour (up from the 2011 number of 2,800) and set the amount of time from aircraft departure to curbside pickup at an average of 20 minutes, made possible with shorter waiting periods in expanded customs and immigration control and baggage claim areas.

Departing travelers who have arrived early for their flight can escape the hustle and bustle of the terminal’s first floor in two new levels of premier airline lounges that overlook the shops and restaurants below. Complimentary Wi-Fi is available throughout the boarding gate areas. 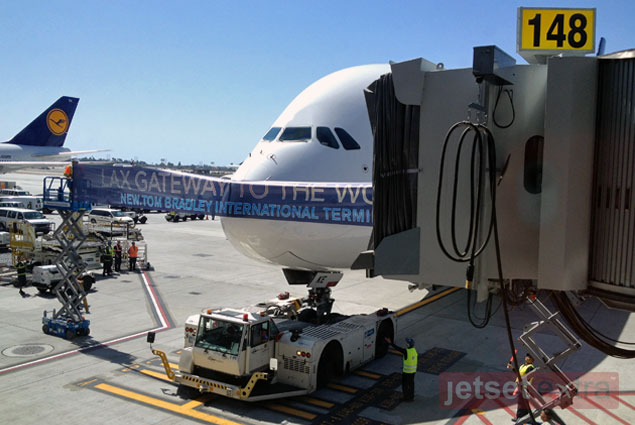 “With this grand opening, Los Angeles now has an international terminal that embodies everything that is great about our city,” Los Angeles City Councilmember Mike Bonin said. “It’s a big step toward making LAX a world-class airport and a monument to the great things we can accomplish by working together.”

Phase II of the New TBIT Project is scheduled to begin later this year and will include upgraded federal customs and immigration inspections areas; secured corridors between Terminal 3, TBIT, and Terminal 4; and public art installations. The project is expected to be fully completed in 2015.