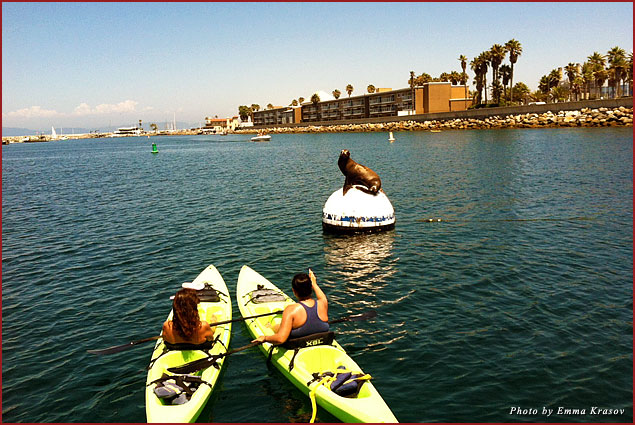 A 20-minute taxi ride took me from LAX to the historic Redondo Beach, a seaside resort since 1892, and a vibrant Southern California community today. All of a sudden, it was vacation time.

Best Western Plus Sunrise Hotel in the middle of downtown Redondo is a short walk away from all the major attractions of the beach city. Along the sparklingly sunny waterfront sit the Redondo Beach Marina, teeming with boaters ready to explore the softer side of the Pacific; the Redondo Beach Pier, a marvel of modern walkway architecture; the Seaside Lagoon water park, designed for tiny swimmers’ safety and their parents’ peace of mind; and an array of seafood-centered restaurants, old-timer funky bars, and nostalgic little candy and ice cream shops. 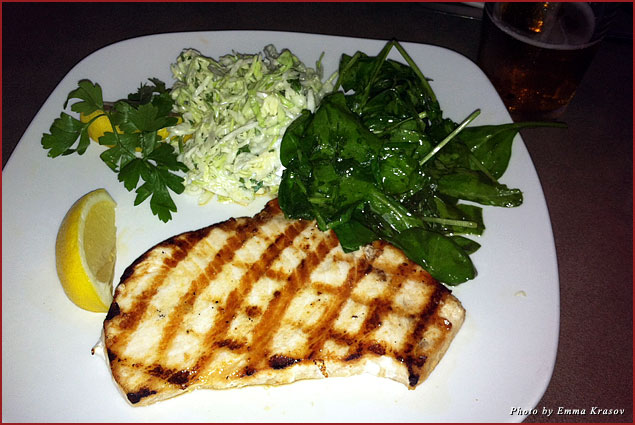 On the night of my arrival, I sat on an open-air terrace at Bluewater Grill, enjoying a golden sunset with black silhouettes of tall palm trees, and a plate of wild swordfish from Catalina – a fresh catch from the boat belonging to one of the restaurant owners, according to my server.

The next morning, I accomplished my workout for the day on Beach Barcycle, a new, inventive attraction that combines the notions of sitting in a bar, pedaling a bike, and moving along a busy street in a kind of a party street car. While the vehicle is powered by a team of leisurely “cyclers” and operated by a company driver who steers the wheel, it is a part of the city traffic, and therefore no alcohol is allowed in this “bar.” I felt fine with just a bottle of water, and so did all my fellow passengers, trying our hardest to move faster amid bursts of laughter and cheers from the passersby. 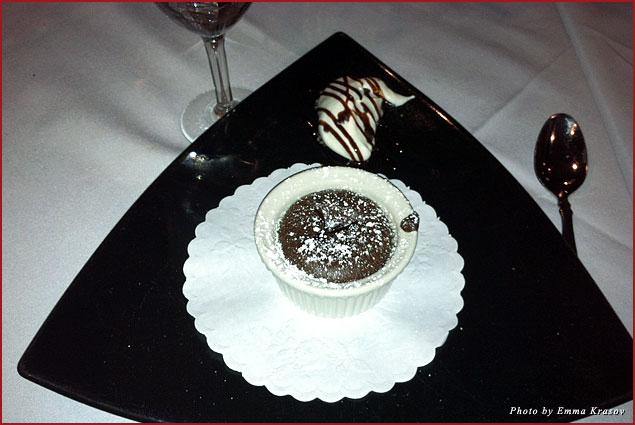 Inspired by the freshness of the produce I just consumed, I walked along the stalls of the Riviera Village Farmers Market where many local chefs find ingredients for their delicious dishes. Compact but incredibly colorful and diverse, the market carries everything from fresh berries and tropical fruit to small-farm grown greens and homemade pickles, cheeses, salsas, and chocolates. 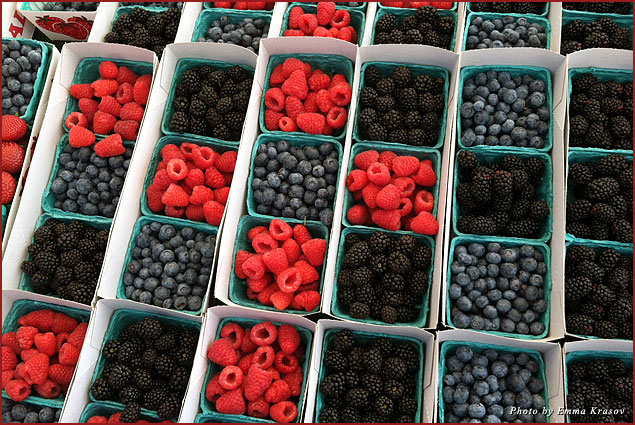 For a relatively small town populated by close to 70,000 people, Redondo Beach has plenty of great places to eat, drink, and be merry.

A historic and festively decorated Tony’s on the Pier offers creative cocktails, shrimp galore, and of course, gorgeous views.

Captain Kidd’s Fish Market carries all imaginable seafood prepared in any way, from sashimi to deep fried, or cleaned and packed to take home. 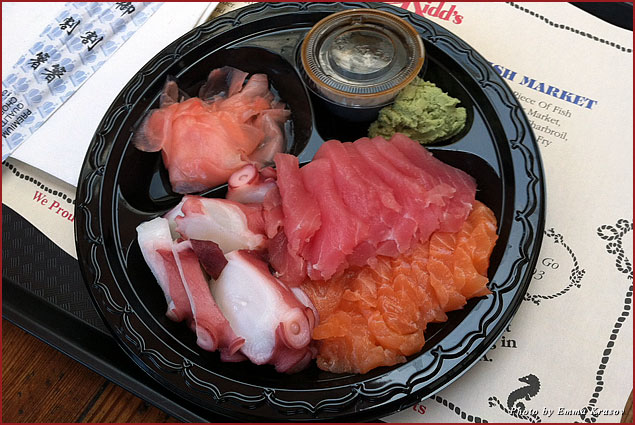 Samba Churrascaria Brazilian Steakhouse & Lounge is a dinner and a show at its best. Efficient servers clad in black carry flaming skewers to the tables while gorgeous Samba dancers in sparkling carnival attire and ostrich feather headpieces move to the music in the middle of the low-lit dining room.

Culinary art is not the only one that engages Redondo Beach residents. At the Sea Side Art Walk, local watercolorists, photographers, glassmakers, and jewelers display their wares steps away from the bustling Redondo Beach Marina. 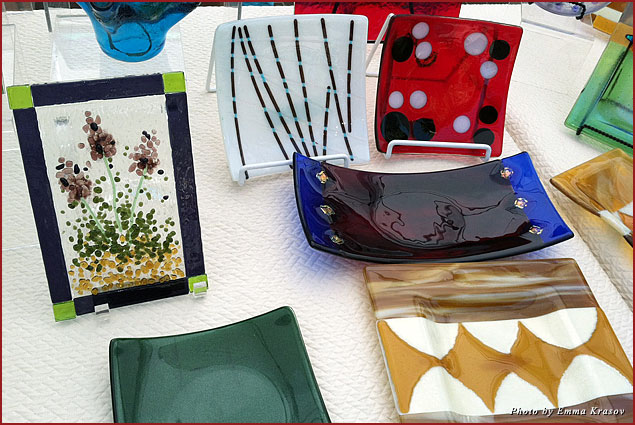 It was here that I returned several times during my short vacation to experience the many different ways to engage with the sea and the wondrous sea life in the friendly King Harbor.

On a nature cruise with Voyager Excursions, I basked in the sun, inhaled the sea breeze, and watched brightly colored sailboats as shiny dolphins played around them. 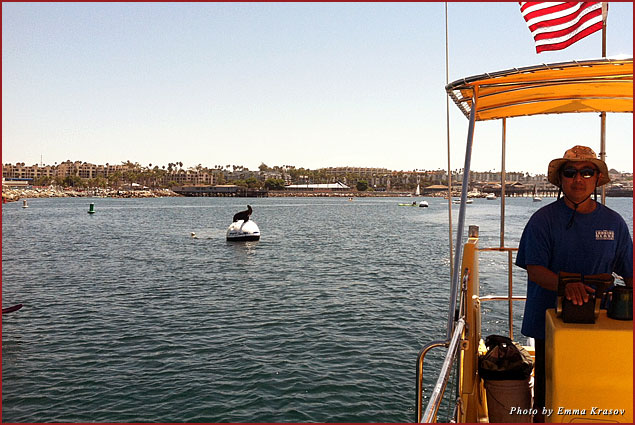 During an exciting tour aboard SSV Looking Glass – a semi-submersible underwater viewing boat – I learned quite a few interesting things. Our captain brought his passengers very close to the colony of resident sea lions, pointing out that these animals have earflaps and longer faces, as opposed to seals that have just hearing holes on their round heads. He also named several fish species, such as Opaleye perch, silvery smelts, and fiery-orange Garibaldi, all clearly visible during the underwater part of our journey.

I had a couple more chances to come close to the richness of Redondo Beach’s wildlife on a pedal boat and a kayak, readily available in the recreation area of the marina. 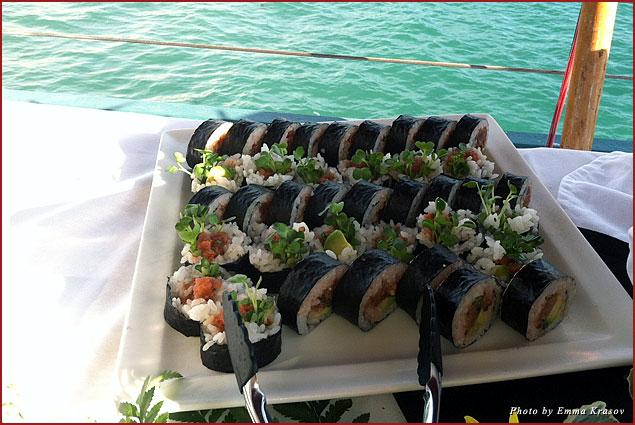 Cocktails and fresh sushi on the open-air terrace of Kincaid’s, located at the Upper Redondo Beach Pier, seemed like a perfect way to round up a glorious day by the ocean.

At night, I had the chance to check out at least three hugely popular concert venues in the art-loving beach town. During my stay, Missing Persons performed at the Brixton South Bay nightclub on one night, and John Waite performed there on another. Rock and Roll Hall of Famer Nokie Edwards gathered an enormous crowd during a free concert on the Pier, and a Frank Sinatra Tribute Concert performed at the lavish Redondo Beach Performing Arts Center – a crown jewel of the South Bay arts scene equipped with a stage, lighting and audio systems fit for Broadway, and a plush 1,457-seat auditorium.

To learn more and to plan a visit to Redondo Beach, go to: visitredondo.com, redondo.org, and redondochamber.org.