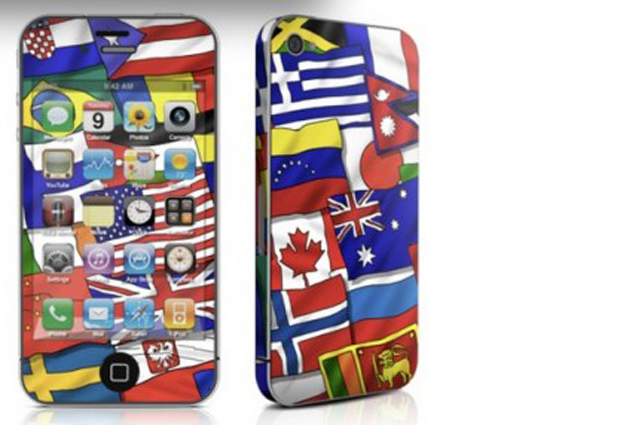 Those words, easy enough to write, have always been so hard for me. So let’s look at that concept. Letting go and allowing has been hard for me – the very sentence conjures resistance and cross-purposes, neither of which is particularly easy for the Universe to help guide my path. Recently, though, I had a marvelous lesson in the power of getting out of my own way.

I was in a coffee shop in Silver Lake, one of the lovely little villages in L.A., and I was SO happy – I just recently became a coffee snob, and had wandered into Mornings Nights and was now thrilled with both the coffee and the friendly barhipstas making it. One of them, a black guy with an English accent, commented on my Union Jack iPhone case, which I had picked up in London’s West End last fall.

I came back the next week to check out the farmer’s market and went back for more coffee. This time, Clark remembered the iPhone case and he reminded me of our previous conversation. I had just ordered a new iPhone skin with flags of the world all over it, and now the case was off my phone before I even realized what I was doing. I held it out to him.

Clark smiled widely. “Okay, but your coffee is on me today!” I agreed, exchanged my phone case for a large cup of Joe, and went out into the farmer’s market grinning and marveling at how great I always feel when I release something I thought was important to me.

The following week, I was back at the farmer’s market. This time, I was fretting while I waited in line. Our housemate is moving out after nearly two years, and while we cherish our privacy, we also are traveling six months of the year, and we have three dogs.

I had been making call after call, reaching out to whoever I could think of who might know somebody who knew somebody. It was that or Craigslist, and after the Jonas Brothers’ lookalikes who smoked pot for a week straight (according to the neighbor who smelled it daily) and drank all of Greg’s Jaegermeister, I wasn’t going there again.

But after a week, I was starting to worry I might have to. It felt like a brick wall. Please, I asked the Universe, show me the right path and help me to get out of my own way.

I was hoping to show Clark my new iPhone skin, but he wasn’t there. “Sure he is,” said barhipsta Andy as he poured me a large Lavazza. “He’s out there.” I turned around to see Clark under one of the charming umbrella tables.

He looked up as I approached holding out my iPhone. We talked cases for a minute, then the conversation flowed in several directions. The whole time I was getting this nudge. Ask him about housesitting. And all the BS coming up in response: You barely know this man. He could be an axe murderer.

“You know,” I remarked, ” it’s weird that I’m here three weeks in a row. We don’t live around here.”

He asked where I lived, and when I told him, he got this funny expression on his face. “I know exactly where that is. I used to live at the cross-street!” Now this was getting a little bizarre. He lived a block from me?

Then he got an even funnier expression. “Do you live in a pink house?” We did indeed. A pink stucco monstrosity on a hill. Was he clairvoyant? “Do you remember a man coming into your driveway, asking you if you knew Alex from Brazil?”

You know in the movies, how someone will say something, and the scene will flash back to when that happened? It was just like that. I was suddenly standing in my driveway, seven months earlier, and a 280Z pulled up alongside. A big Afro stuck out of the window and an English accent asked me, “Do you know Alex from Brazil?” What was this stranger, crazy? Hundreds of people in our neighborhood, no of course I didn’t know Alex from Brazil.

“Are you lost?” I asked him. We live in the hills, of course he was lost. “Just a minute – I’ll get my iPhone.” I ran inside and was back out in a flash.

“You didn’t have to do that,” he said kindly as I punched in the address.

“No worries,” I explained. “Neither of us will ever find it otherwise.” We chatted a minute about England, where my mother has lived since I was seven, and he explained that he had just arrived in LA from New York.

The whole time I’m thinking, This guy is great. I’d love to invite him in for coffee. But he was going somewhere, and I already bring in enough stray cats and dogs—stray people might be a little much. So I waved and watched as the 280Z drove up the hill, then I went back to my life.

Now, seven months later, I looked at Clark. “You cut your hair!” He burst into laughter.

“I did indeed. You know, you were the very first person I met in LA.” Nice.

“Well, welcome to our fair city again. How do you feel about house-sitting?”

He loved the idea, of course. And was available any time. And the dogs loved him. And Greg thought he was great. So that was my lesson from the Universe, which threw the same person at me over and over until I saw what I was supposed to see. The flow was amazing, the orchestration remarkable.

The best part was letting go and allowing. Since then, every time my resistance comes up about something, I remember what a wonderful job the Universe did of taking care of me when I let it. It’s a great reminder to keep getting out of my own way. 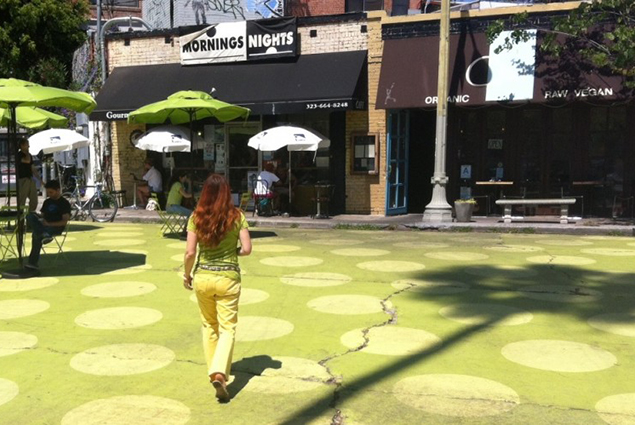