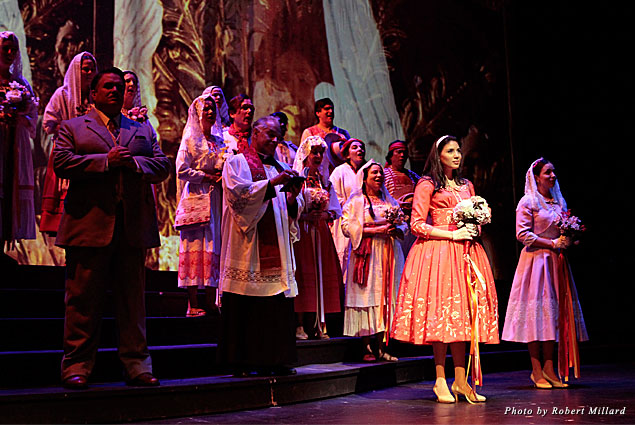 The tale is a tragic one. Loves are lost and lives are stolen, and the ending is less than happy. It’s a story we’ve seen in many forms throughout time, from Shakespeare to current television dramas. But the novelty of the fully staged, two-act opera “Dulce Rosa” is its location, at The Eli and Edythe Broad Stage at the Santa Monica College Performing Arts Center in Santa Monica, California. The show, playing now through June 9, is the inaugural project of the LA Opera Off Grand series, which aims to serve a broader geographical area and reach a more diverse audience in Los Angeles.

My attendance at a recent “Dulce Rosa” performance marked both the first time I saw an opera and the first time I entered the Broad Stage theater. I was impressed with both. A tale of romance and revenge, the opera is set in a South American country in the early 1950s and is based on the short story “Una Venganza” (“An Act of Vengeance”) by Isabel Allende. In the aftermath of a political uprising young Rosa, played by Uruguayan soprano María Antúnez, plans to make merciless guerilla Tadeo Cespedes pay for the murder of her father. The production showcases the work of composer Lee Holdridge, librettist Richard Sparks, and world-renowned conductor Plácido Domingo, the Eli and Edythe Broad general director of LA Opera. 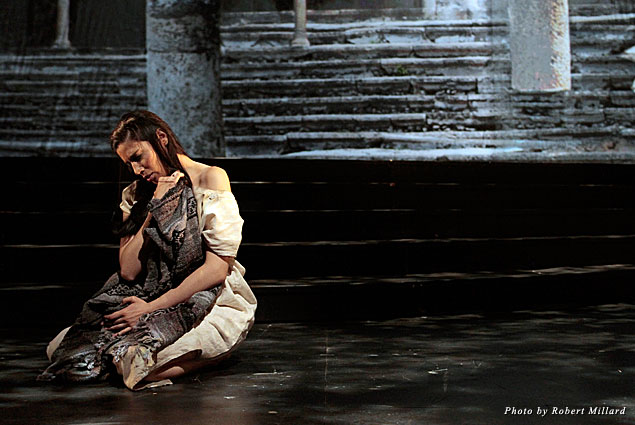 One of my favorite things about “Dulce Rosa” was the set design and imagery. Set designer Yael Pardess has created more than 150 original designs for performances in Israel, Europe, and the United States, including for Broadway and several Los Angeles theaters. In “Dulce Rosa” Pardess collaborated with projection designer Jenny Okun to create beautiful art that framed the performers and complemented the storyline. Okun photographed architecture and fauna in Central and South America to gather material for the opera; her work was edited and montaged into subtly evolving projections on the walls of the stage. It was a unique stage design—and the images of white-walled buildings and bright-colored flowers brought back fond memories of my recent trip to Mexico. 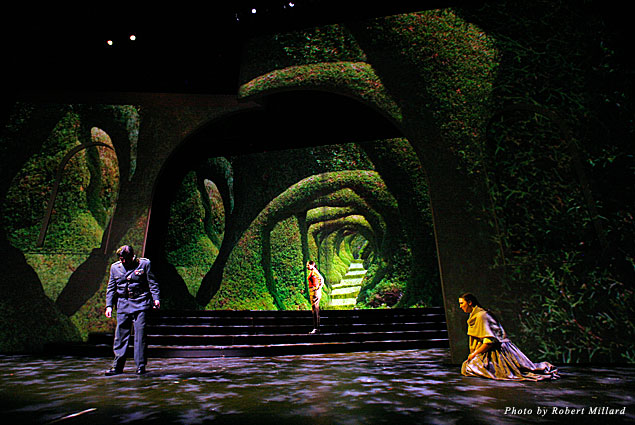 For those who can’t get enough of Okun’s artwork (myself included), her images for “Dulce Rosa” will be on display at the Craig Krull Gallery at Santa Monica’s Bergamot Station. The exhibition is scheduled to run from June 1 to July 6.

The Broad Stage itself was a treat to visit. It is small and intimate; there appeared to be no bad seat in the house. Opened in October 2008, the theater plays host to musicals, symphonies, film showings, dance performances, operas, and chamber orchestras. I have already browsed the calendar to see what performances are coming to the Broad Stage next. The theater’s location, too, is ideal with its proximity to the Santa Monica’s Third Street Promenade and the restaurants along Wilshire Boulevard. 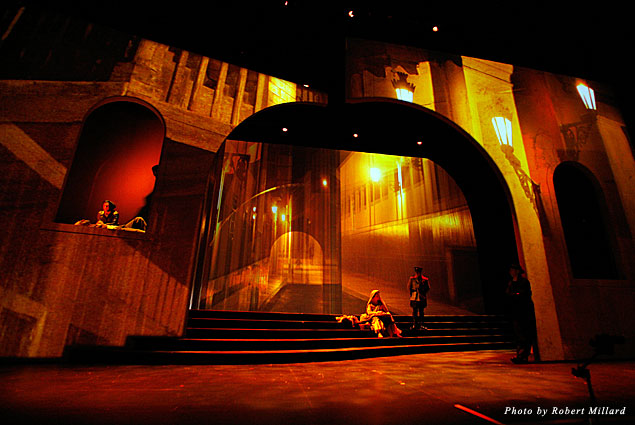