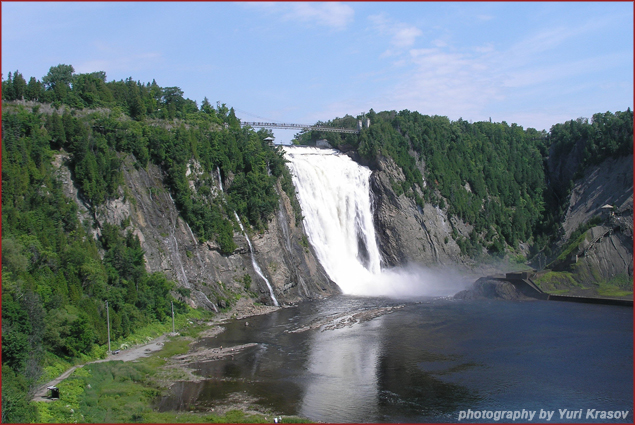 When a comely passport control officer at Jean-Lesage International airport greeted us with “bonjour,” my flight fatigue just melted away. Everything sounds so much better in French, and the population of ancient Quebec is 95% francophone! I felt like looking at illuminated city sites and listening to music. The night was young, in San Francisco, but it approached the wee hours on the Atlantic coast of Canada. We had to delay sightseeing and nightlife until tomorrow. Hotel Manoir Victoria, in the northern part of Vieux-Quebec, became our home away from home. Neat and clean, with period furnishing and unmistakable French charm, it occupies a late 1800s building, steps from the main drag, Rue Saint-Jean.

A good night sleep, induced by a faint smell of fresh linens and goose down pillows, and a hearty American breakfast at La Table du Manoir, set us up for a day of exploration and wonder. We started exploring Quebec with Steeve Gaudreault from Cicerone, a walking tours company. A 400-year-old walled city has it all: a chateau, an old port, a grid of cobblestone streets lined with ancient buildings under copper roofs, a bustling art scene, and a farmers market overflowing with greens, reds, and maple syrup. 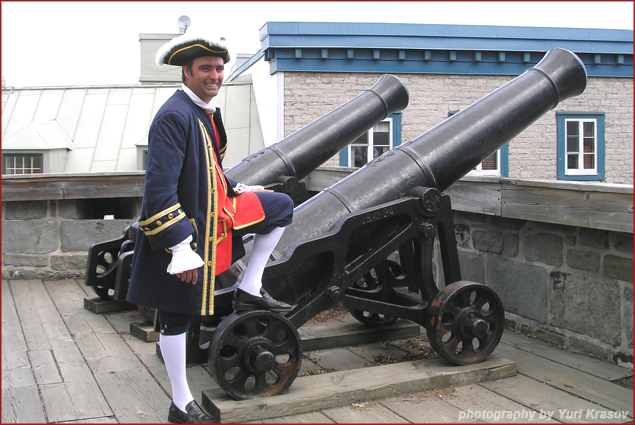 We sat down to lunch at Le Café de la Terrasse of Le Chateau Frontenac (now Fairmont Hotel), overlooking the river and a pedestrian boardwalk, Terrasse Dufferin. The chateau was founded in 1893, and named after the governor of Nouvelle-France, Count de Frontenac, famous for saying that his country would never surrender to the “Brits from the colonies” (now the United States). In 1943 and 1944, Franklin Roosevelt and Winston Churchill attended historic conferences here. Today, guided tours of the chateau are led by costumed guides to recreate the atmosphere of the 19th century grand hotel, and the hotel kitchen serves innovative French cuisine at its best. Chef Jean Soulard published a book on 400 years of eating habits of lucky Quebecois.

A UNESCO World Heritage Site, Quebec has its own Notre Dame Cathedral, an Art Deco Price Building (1929-32), after which the Rockefeller Center in New York was modeled, and plenty of monuments placed in every tree-shaded square and in every sharp-angled intersection.

Our guide, dressed as Samuel de Champlain, founder of Quebec, took us around to show them all. A bust of Louis XIV at Place-Royal was installed in 1686 as a reminder of Sun King’s efforts to populate French-American territory with his adventurous and obedient subordinates. 775 female orphans, known as “king’s daughters” (le filles du roi) arrived here by boat in 1663 to marry local farmers (a.k.a. soldiers, as needed). Through bloody battles, new settlement hardships, and the perseverance of French pioneers, the city developed into a jewel of North America. The Image Mill, a grandiose open-air show, recaps Quebec’s four-century history in four-season and four-roadway (sea, land, rail, air) format. Created by Robert Lepage and Ex Machina, the film is projected on the largest screen in the world, placed on the water-facing walls of port buildings.

A scrumptious dinner at Auberge Louis-Hebert featured imaginative dishes by Chef Herve Toussaint, like sautéed snails and mushrooms in puff pastry with a creamy anise reduction, and a salad with maple syrup dressing. Split-level dining rooms, skylights, ivies, and mirrored walls created a festive ambience, and Mr. Antoine-Xenopoulos, owner-manager of the restaurant was at hand to greet his guests and make sure everything was to their liking. No wonder Quebec restaurants stay in business for 25-30 years, and at least 17 good ones can be found within a walking distance in the old town area. For a younger crowd, the city offers an array of late night bars and dancing venues. On our way to the hotel, we looked at the latest architectural adornment, Tourny Fountain, a gift to the city for its 400th anniversary. The 1857 fountain, designed by Mathurin Moreau, was acquired and delivered from Bordeaux by La Maison Simons (local department store) owner.

A wide and deep Saint-Laurent River and wild flower-studded emerald hills of Cote de Beaupre frame the jewel of Quebec and add to its sparkle. Our next day trip was to the Chute-Montmorency and Mont-Sainte-Anne ski resort area. The majestic Montmorency waterfall, cascading from 272 feet, can be seen (and felt) from the bridge right over it, or from a zigzagging staircase, or from a cable car, belvederes, and trails. Better yet, from every possible observation point, and from every angle. 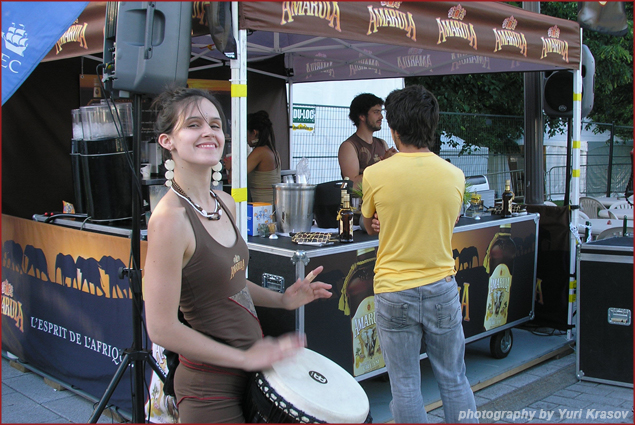 Mont-Sainte-Anne has 66 downhill skiing trails and a vertical drop of over 2000 feet. In summer, it offers world championship opportunities for mountain bikers, and gondola rides with spectacular views from the top for the rest of us. A word of advice: don’t get on a gondola with a mountain biker, especially if you are dressed in summer whites.

A visit to a canine village gave us a chance to see an amazing pack of 65 sled dogs off-season, shedding their winter furs and barking away in-between their walking and feeding times. Les Secrets Nordiques, a snow-touring center, owned and managed by Bruno Saucier, offers different dogsled rides for single tourists, families, and groups.

Zip lining over the Canyon Sainte Anne is not for everyone, but crossing a swinging suspension bridge, walking the trails in fairy tale-like forest, and admiring 1.2 billion year-old granite rocks and raging waterfalls is a fascinating experience for all.

On the way back, we stopped at Sainte-Anne-de-Beaupre Church, built in Art Deco style, rather rare in religious architecture, and learned about thousands of pilgrims who visit the site every year in memory and hopes of past and future miracles. 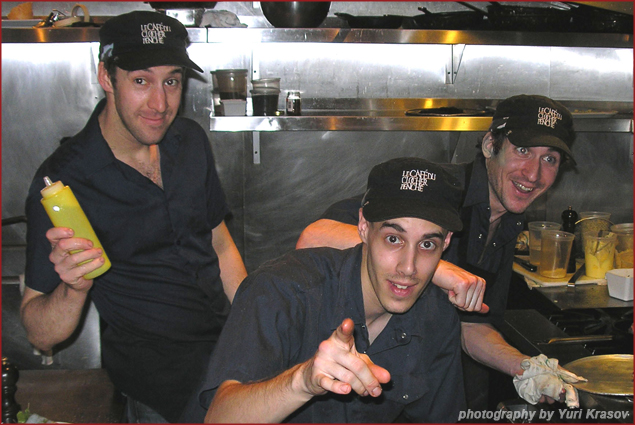 That night, we dined at a casual Le Café du Clocher Penche. Its small dining room, modern and tasteful design, and open kitchen with friendly staff made me think of a neighborhood restaurant at its best, unpretentious and inviting, yet elegant. I won’t soon forget its homemade curd goat cheese, adorned with sun dried tomatoes, olives, and French bread toasts, or a dish of roasted pork, each slice wrapped in crispy skin, with grilled portabella, cauliflower puree, and asparagus.

The newest show in town, Les Chemins Invisibles (The Invisible Paths) by Cirque du Soleil is a June-September event, free and open to the public. Created exclusively for Quebec, it starts in three different points on the city streets, and moves toward the Place Desjardins under a highway overpass, where it dazzles the gathering crowds with an unparalleled enchanting multiple-stage performance.

On the last day of our visit, we walked down Rue Petit-Champlain, stopping at souvenir shops, and Rue Saint-Louis, “the post card street.” We watched an impromptu circus performance in front of the first Canadian-born cardinal Taschereau monument, and glanced at imposing Seminaire, a secluded Parc du Cavalier-du-Moulin, and at the UNESCO monument shaped like a jewel symbolizing Quebec.

Our last night dinner was at the Aviatic Restaurant, first opened 20 years ago, and located inside the city train station. Called Gare du Palais, the station looks nothing short of a palace, and is a historic building and a charming hub for trains as well as for upscale eateries. Aviatic follows the aviation theme with plane models and airplane episodes from the old flicks projected on small screens in the dining room… but the food is far and high removed from anything airborne. The restaurant concept is “sharing” or what we call family-style, and in a couple of delightful hours, we tasted so many wonderful creations by the award-winning chef-owner Jean-Francois Houde, that it would be a daunting task to name them all. Asian fusion dishes like tuna tataki, marinated in orange juice, mirin sake, ginger, and rice vinegar among other ingredients, or miso glazed sea bass with plum wine butter sauce were creative, innovative, and overall amazingly good. 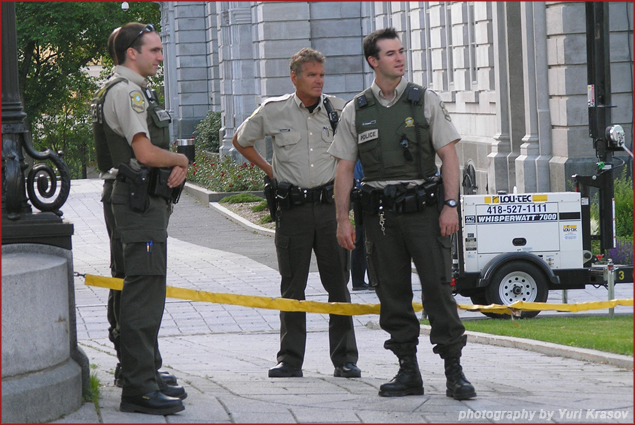 On the night we dined, Mr. Mayor of Quebec, Rejis Labeaume, happened to be present there. He greeted restaurant visitors who were obviously his friends, and then he stopped by our table, too. Mr. Labeaume said that he had plans for making Quebec the best and the most exciting city in Canada, and to keep up the good quality of life… If you ask me, he is pretty close to reaching his goal.

“In 1608, while sailing up the St. Lawrence, I discovered a place of exceptional beauty,” wrote Samuel de Champlain in his day. “There I founded the town of Quebec.” In a smorgasbord of tourist destinations Quebec is a picnic basket. Beautiful, clean and safe, the old Quebec has gifts for every season, one more delicious than the other.