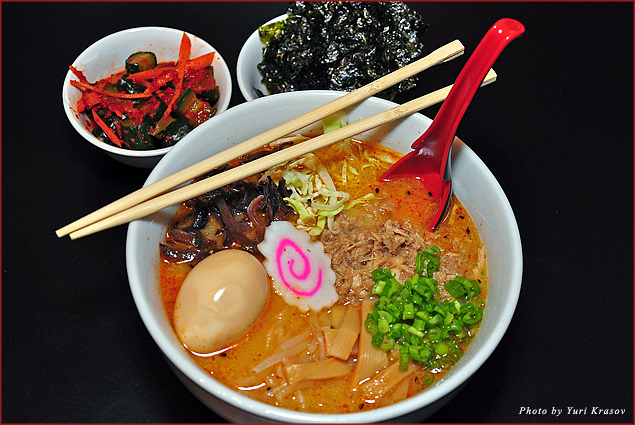 Kirimachi is a pop-up restaurant in the North Beach, identifiable by a red paper lantern by its entrance. It follows the popular trend brought to life by a sparse economy, space limitations inherent to the City by the Bay, and the undying entrepreneurship of its dwellers.

With the advent of creative eateries popping up in other restaurants’ vacant spaces from their days off, San Francisco diners find themselves enticed by some excellent food choices at reasonable prices in heavily populated, walkable neighborhoods. Kirimachi quickly became popular with the locals by providing a special, comforting twist on a well-known culinary classic. 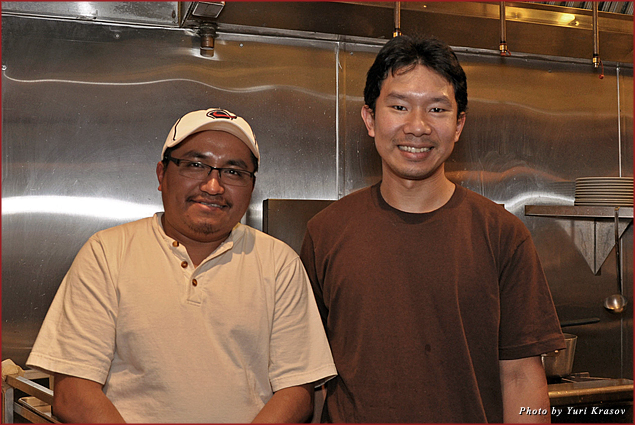 Born in Indonesia, French-trained in Switzerland, and focused on the popular food of Japan, Kirimachi’s proprietor, Leonardi Gondoputro, redefined and lightened the traditional versions of ramen by creating his own chicken-based Sapporo-style miso, pork-based Tonkotsu, soy-sauce flavored shoyu, and vegetarian miso broths.

On most evenings, Leonardi works as a host, server, busser, and cashier while his cook, Roman Camara, is meticulously garnishing every single bowl of flavorful ramen with shredded pork, Chinese chives, strips of Kikurage mushrooms, bean sprouts, colorful fishcake, and a soft-boiled, soy-dipped egg.

There are some other dishes on the menu, like two kinds of cold ramen and Gyu Donburi (beef and onion stew over rice) as well as an array of extra toppings including homemade cucumber kimchi and roasted, seasoned nori. 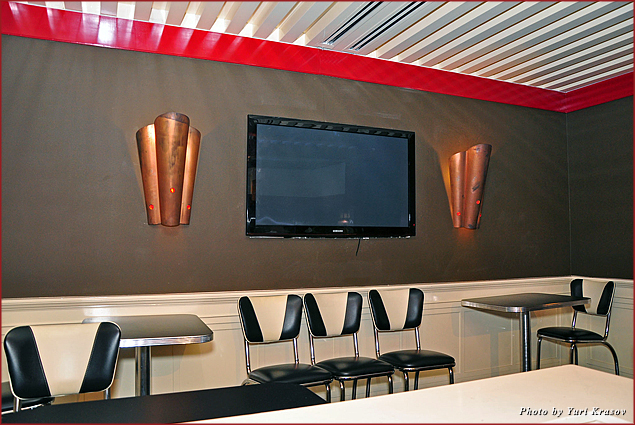 The two dining areas at Kirimachi are small, clean, and cozy; but the tables are perfectly spaced, so you don’t feel crowded or intrusive toward other people’s conversations. Groups, couples, and lone diners feel equally comfortable here. High ceilings with bright red beams overhead create an ambience of casual elegance. 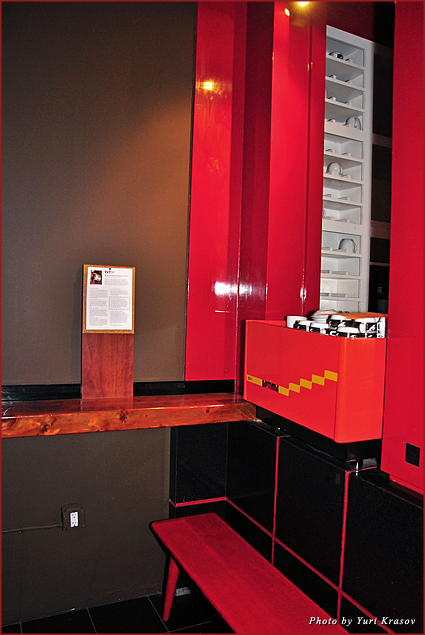 The restaurant serves non-alcoholic drinks like tea, coke, and sparkling water, and they accept cash only.

If it’s My Way, It’s Shabuway Pasión Is for Passionate Gourmands