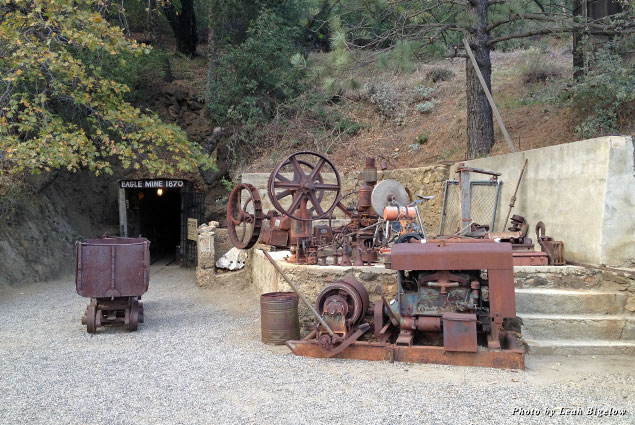 This is my favorite time of year, the time when the days begin to grow dark earlier, the air turns crisp, and the leaves transform to bright colors. Of course, I live in Southern California so my autumn experience is considerably less crisp and colorful than for those in the eastern United States. Still, I make a point to seek out experiences that celebrate the season and immerse myself in all that’s good about this time of year. 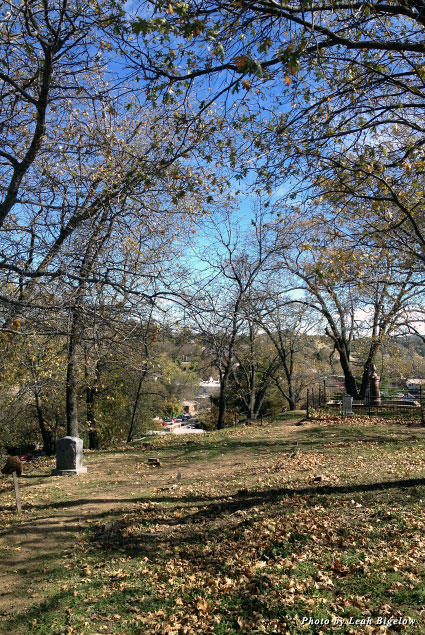 Julian, a California Historical Landmark located in eastern San Diego County, is prime for enjoying the fruit of fall. I’m talking, of course, about apples. Although gold mining is what originally brought people to this townsite, it’s the apple pie that draws visitors today.

We sampled a slice of that famous pie during lunch at Rongbranch Restaurant, a barbecue joint known for its Bumsteer BBQ sauce. The sauce was delicious with the restaurant’s pulled pork sandwich, but the apple pie a la mode definitely stole the show. 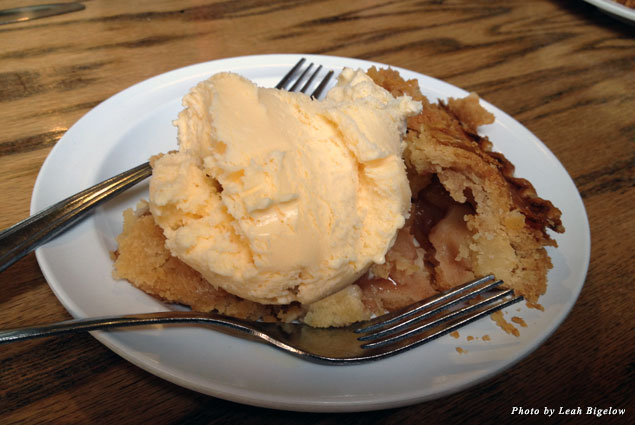 Not surprisingly, pie is also the big draw at Moms Pies, located around the corner from Rongbranch on Julian’s Main Street. Although we already had our pie fill for the day, we did stop by Moms for some authentic Julian apple cider. As one can imagine, apples and apple products are abundant in Julian, especially at the Julian Cider Mill where you’ll find caramel apples, apple butter, and apple cider—of course—as well as jams, jellies, dried fruits, candies, and honey. You’ll even find fresh-picked apples at the Julian Market and Deli. 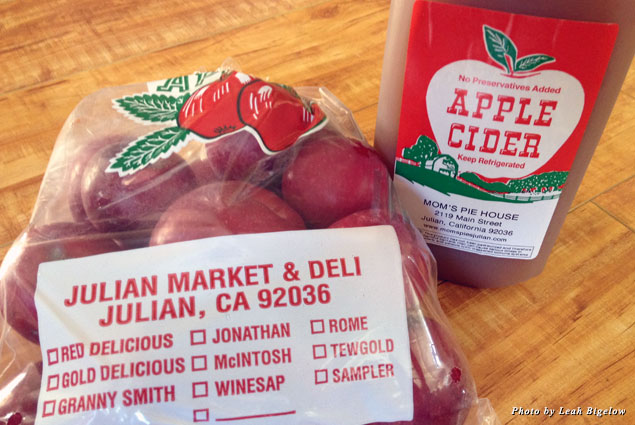 Julian isn’t just about apples, however. We spent a better part of the day strolling down Main Street, stopping in various shops along the way. There were fragrant soaps at the Julian Soap Company, sugary snacks at the Julian Candy Basket, and purses, jewelry, and knit scarves at Julian Imports. The street is an ideal setting for stocking up on gifts (especially with the holidays fast approaching) or treating yourself to a little something special. 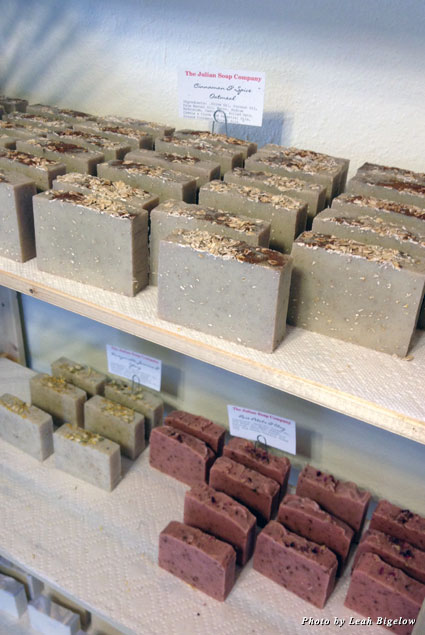 We also stopped in for a tasting at Blue Door Winery, which offers five pours for $8. On the day we visited, it was all about the reds—a 2012 Dolcetto, a 2011 Petite Syrah, a non-vintage Press Cuvée, and a 2011 Sangiovese. Although we only had time for one winery stop, Julian offers several other wine, beer, and cider tasting rooms to please everyone in your party. 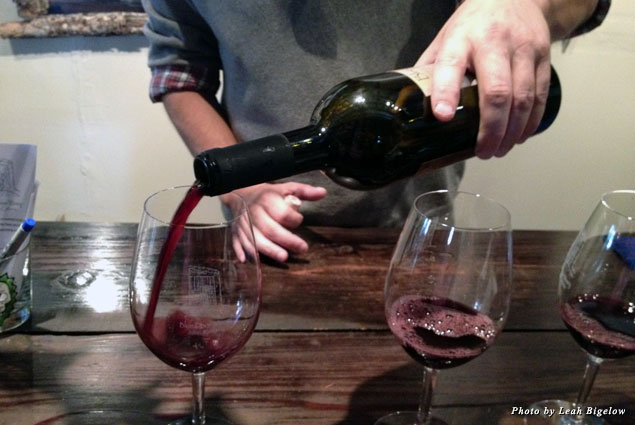 A surprise standout of the day was the guided tour of the gold mine, which came highly recommended by our server at lunch. To get to the mine, walk or drive up the hill on C Street, which will lead to the Old Miners Trail. We had no idea what to expect and were blown away by the tour, which began with a hands-on learning experience about panning for gold and ended with a guided walk-through of the actual mine. Our knowledgeable guide explained how gold was discovered in the hills above Julian and the process miners used to follow the lines of gold underground. It was fascinating and very well done, a definite must-do when visiting the area. 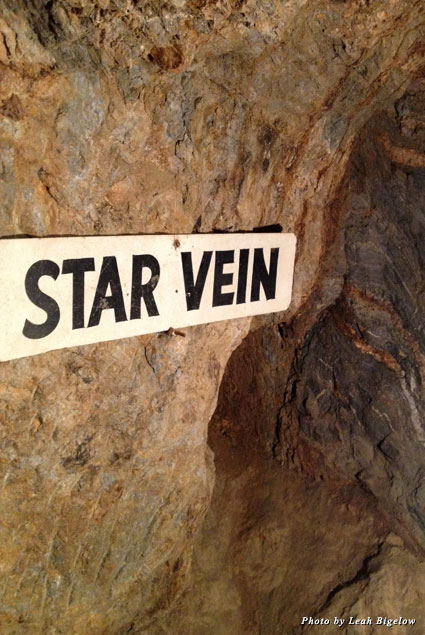 If you’re in search of fall in California, Julian is a great place to find it. Arrive earlier in the season (late August through October) for “U-pick” apples at orchards along Highway 78 and Julian Orchards Drive and be sure to check the events page when planning your trip to see what fun activities the town has in store.