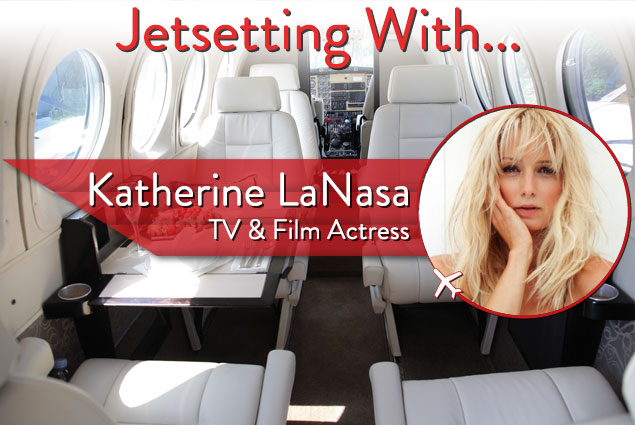 Versatile actress Katherine LaNasa has appeared in several primetime successes—including “Two and a Half Men,” “Justified,” and “House”—and recently ignited the screen as the wildly hilarious wife of Will Ferrell’s Cam Brady in “The Campaign.” In her newest venture, LaNasa stars as glamorous socialite Sophia Bowers in the highly anticipated NBC drama “Deception,” which premiered on January 7. Despite her busy schedule, LaNasa still finds time to travel, especially to spend time with her new husband, actor Grant Show. Jetset Extra got the scoop about her favorite weekend getaways and faraway escapes. 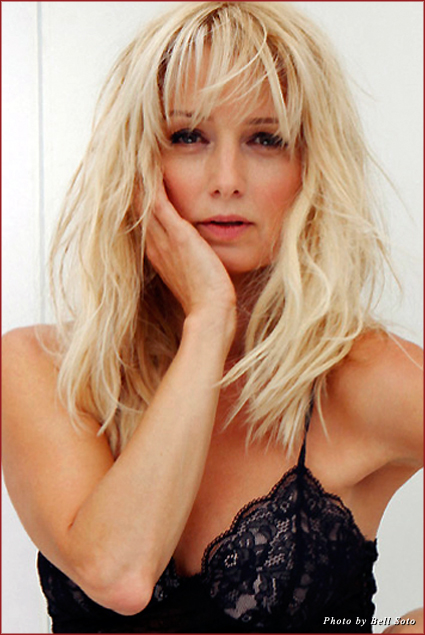 Q: What type of traveler are you and why?

What types of activities do you like to do on your travels? Do you look for a place where it’s quiet and you can relax, or someplace that has great activities or nightlife?

A: I love to stay in a hut on the sand in a sexy place with my guy, a place where we can do some nature activities during the day. I’m happiest on an island somewhere. Nightlife is fun, but I live in New York and Los Angeles so it’s not imperative that I find it elsewhere.

When thinking about where you will travel to next, what inspires you to make a decision? And what, if any, research do you do on that destination?

A: I love to research if we have the time. I will cross-reference travel guides, ask friends, and use TripAdvisor for traveler photos. My husband Grant and I are both actors so our schedules change a lot and often the planning is last minute. When we were first dating, he took me to Angkor Wat and Thailand, and I had a very short time to plan it. Some things we really nailed in terms of planning and some things were a dud. I’d say know your sources. If a buddy likes to live in the same way you do and you like their taste and style, chances are they will have advice that will be successful.

What is the most memorable trip you’ve taken and why?

A: I really loved Rome! It is abundant in masculine energy and beauty. Also that trip with Grant to Cambodia and Thailand was memorable because it’s where we fell in love. And of course our sweet honeymoon to Bora Bora.

What is the “best” food find you’ve ever found on a trip?

A: The sushi at Oysi Oysi, a little no-frills lunch spot in downtown Vancouver is so good; the toro is super fresh and ridiculously cheap because they go through so much fresh tuna daily with their lunch crowd. Also Playa de los Artistas in Montezuma, Costa Rica, is divine and so out of place in this tiny Third World village. The owner is an Italian expatriate, and the place is boho chic (think low driftwood tables in the sand) with fresh, light, gourmet fare. I also love the food in Mykonos, Greece, and Capri, and I have to say the Thai food in Thailand is awesome. Ha! But don’t try the durian fruit unless you like the taste of dead rat rolled up in a sweaty sock.

What, if anything, do you always take with you when you travel?

Is there a destination where you can’t imagine not returning?

Where are your favorite weekend getaways?

A: The Four Seasons in Santa Barbara, Lake Tahoe anytime time of year, and Las Vegas if I’m in the mood.

A: I haven’t seen my husband for a week because he is working in Atlanta and I am in New York. We are hoping our schedules line up to hop down to the Florida Keys this weekend. Also I’d really like to go back to Greece to see Athens and then hit the islands. Bareboating for a week is a blast; you can go to many places and don’t have to change hotels.

Tell us about your upcoming project(s)?

A: I’m still shooting my new show for NBC, “Deception.” I am also anxiously awaiting the release of Billy Bob Thorton’s film “Jayne Mansfield’s Car.” We play siblings along with Kevin Bacon and Robert Patrick, with Robert Duvall playing our father. I’m really proud of it, and I adore those guys so much. I will travel anywhere for the premiere.

Katherine LaNasa has been on numerous television shows and in film; she currently appears in NBC’s “Deception” alongside an all-star cast that includes Victor Garber (“Alias”), Tate Donovan (“The OC”), and Meagan Good (“Jumping the Broom”). LaNasa can also be found on A&E’s “Longmire” as Lizzie Ambrose, the love interest of widowed Sherriff Walt Longmire (played by Robert Taylor), and in the upcoming films “Jayne Mansfield’s Car” with Kevin Bacon, Robert Duvall, and John Hurt, and “The Frozen Ground” with John Cusack, Nick Cage, and Vanessa Hudgens. The New Orleans native resides in New York during filming.