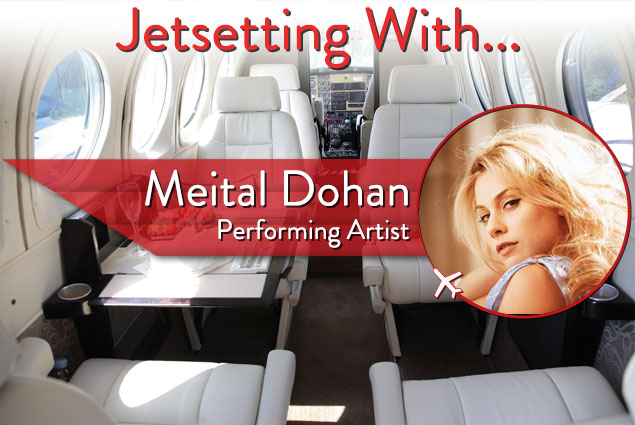 Born in Tel Aviv, Israel, actress and singer Meital Dohan is no stranger to the spotlight. She has been nominated for multiple Israeli Oscars and won an Israeli Tony, as well as appeared on a top United States television show and on stage in Off-Broadway and Los Angeles-based productions. Since early 2011, the Israeli bombshell has also been developing a successful music career with the help of mega hip-hop producer Che Pope. Jetset Extra recently asked Dohan about her top travel spots and plans for the future. 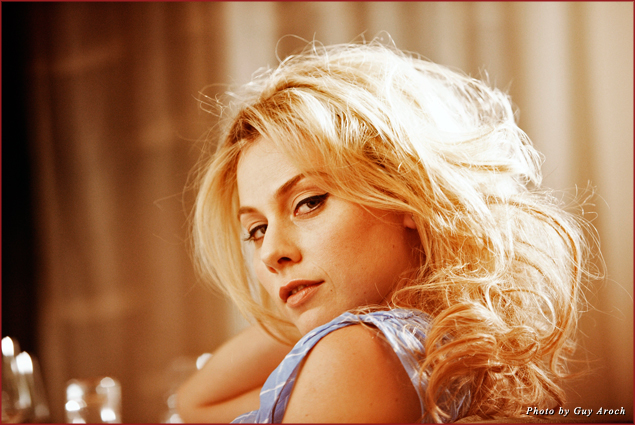 A: You learn a lot about a place just by sitting in a café, having an espresso, and watching all the action unfold. You eavesdrop on an interesting conversation. When I’m traveling for work, it’s all boom, boom, boom—very quick movements. You’re in and out. It’s almost like a music video with very fast edits, except it’s my life!

A: It depends on the season. I’m from Israel so I really like warmer climates and I like to be by the ocean or in nature. Just keep it hot, baby.

A: I think St Barts is a very magical and holy place. It’s as though time stops there and you’re just in this land of total peace and beauty.

A: I really love Le Grand Véfour in Paris. It’s been around since Louis XVI. Napoleon himself dined here. They have to-die-for lobster with fennel. If you’re ever in Paris, it’s a must.

A: I don’t know if you know it, but I have this pet tiger, Charlie. When he’s behaving, I take him along. What else…? Boxing gloves, pink bars…

A: If you’re thinking about it, just do it already!

Q: Is there a destination to where you can’t imagine not returning?

A: If you just want to get in a car and go somewhere, Big Sur is always nice.

A: Monaco, India, Shanghai, Tokyo, Mykonos, Istanbul, Lisbon … And the list goes on and on!

A: MTV recently premiered my new video and single “ON YA,” featuring Sean Kingston. I have bunch of shows all over the country so stay tuned with MeitalMusic.com.

Meital Dohan’s Bio: Meital Dohan has appeared as the principal star in the Israeli Emmy Award winning “Ugliest Esti” (the Israeli version of “Ugly Betty”), earned Israeli Oscar nods for her performances in “God’s Sandbox” and “Giraffes,” and won an Israeli Tony Award for Most Promising New Actress for her work with the renowned Cameri Theater. In the United States, Dohan has appeared on Showtime’s “Weeds,” in the Sony Picture web comedy “Woke Up Dead” starring John Heder and Krysten Ritter, and in the Off-Broadway and LA performances of Anthony Neilson’s play “Stitching.” In 2011, she caught the attention of hip-hop producer Che Pope—who has worked with Eminem and Dr. Dre—and the two began recording her debut album, “I’m In Hate With Love.” Dohan has also authored several successful plays and the book, “Love & Other Bad Habits.”