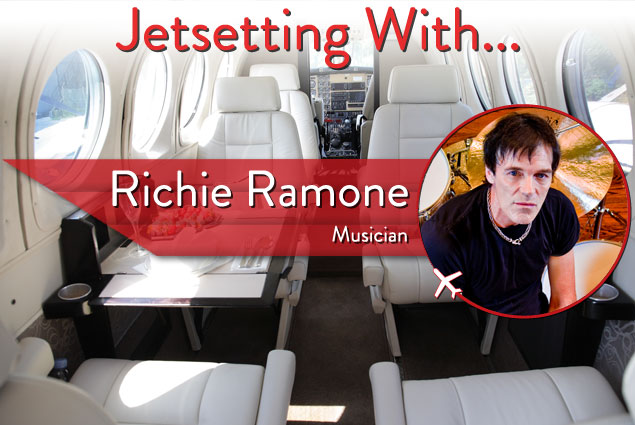 From 1983 to 1996, Richie Ramone delighted fans as the drummer and songwriter for rock band the Ramones. He released his solo album last year and recently began touring with his band. Being a famous musician sure has its perks, including the opportunity to travel the world. 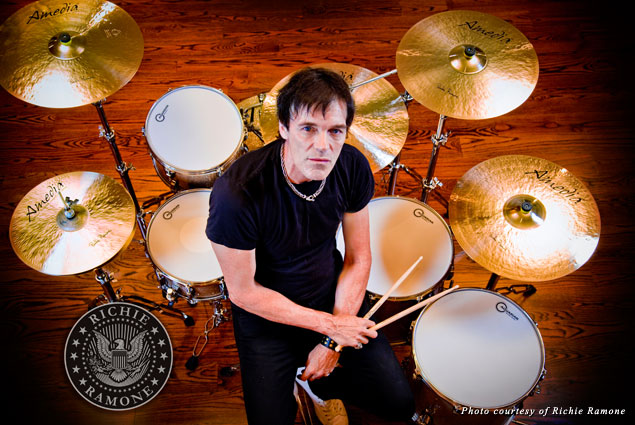 A: I need to have everything planned in advance before I leave home. I am not the type to just wing it and see how it goes. I find that a little stressful for me.

A: I like it to be a relaxing environment but not too desolate. There must be some fine restaurants and a city that has some culture, but I tend to stay away from the clubs and nightlife.

A: It depends on what I want to do and see. Most of the time, I like to go to a place that has wonderful beaches such as the Caribbean, where the water is turquoise and warm. Again, I do my research, as it is so easy to do on the Internet.

A: My trip to Puerto Viejo, Costa Rica, was really special. It is a sleepy little town on the water with beautiful beaches, great food, and just enough nightlife should you choose to go out.

A: Brazil is always fun and has great food and wine. They have some of the best beef because with all the land the farms have the cows get to graze and eat grass. I think this tends to make the beef taste better than corn-fed animals.

A: A computer because you still need to be in touch with reality, and it’s great to do research while on vacation, such as finding restaurants etc.

A: First off, be careful what you leave laying around the hotel room so you don’t get ripped off, especially out of the country. Next, try and slow down and relax because that is why you go on vacation, to get away from the madness. And lastly, I never travel alone. I find it more fun to go with some good friends and people you love.

A: Living in Los Angeles, Palm Springs and Las Vegas are two spots you can go to for the weekend without any hassle. I have my favorite hotels that I like to stay at, and that makes it a fun little getaway without much hassle because you can drive.

A: I am going to South America in May and can’t wait. Like I said before, the people, the food, the wine, and the beaches make this a special place for me, in that it has everything on my list for a relaxing vacation.

A: I started my North American tour on January 29 in support of my new album called “Entitled” on DC-Jam Records. We’re traveling for six weeks playing 35 shows in 40 days. I will be touring most of this year and can’t wait to say hello to all my fans. Life is good, and you only get one time around on this planet so try and make the best of it.

Punk icon and legendary drummer, Richie Ramone recently signed a deal with DC-Jam Records to deliver his first solo album called “Entitled.” The new release includes hits “Criminal,” “Smash You,” and “I Know Better Now,” recorded and produced in Nashville by Richie and mixed in Los Angeles by Mark Needham (The Killers, My Chemical Romance, Cake). The album was released in October to rave reviews, and Richie began a nationwide tour to support the album on January 29.

Richie joined the Ramones in 1983 and first appeared with the band on their Subterranean Jungle tour. During his time with the band he performed at more than 500 shows around the world and wrote such fan favorites as “Animal Boy,” “Somebody Put Something In My Drink,” “Too Tough To Die,” and “I Know Better Now.” He remained a part of the group until their final show in 1996.

In 2007 Richie brought his virtuosic drumming to the symphonic world with his composition “Suite for Drums and Orchestra,” based on Leonard Bernstein’s “West Side Story.” In 2011, the National Academy of Recording Arts and Sciences gave the Ramones a Grammy Lifetime Achievement Award, which brought all three of the band’s drummers on stage at the same time (Tommy, Marky, and Richie).

Richie’s band, which also includes Tommy Bolan (Warlock), Clare Misstake (Antiproduct), and Ben “Wah” Reagan (The Feederz), will be touring the United States and Europe in support of the album.