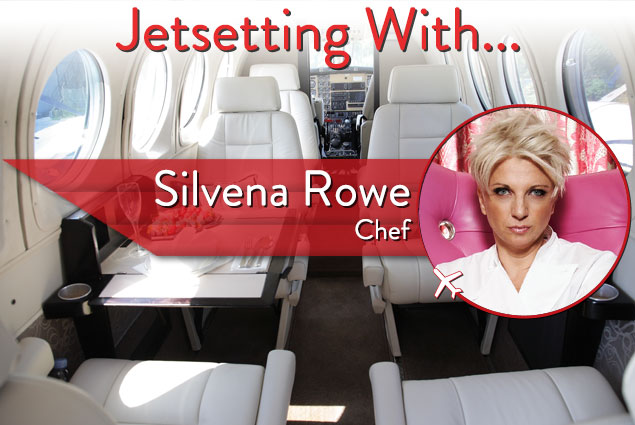 Want to know where Britain’s top female chef, Silvena Rowe, likes to travel? Jetset Extra did too! Silvena is the creative genius behind the critically acclaimed restaurant Quince at the Mayfair Hotel in London as well as lighting up the TV screen on cooking shows in the U.S. and the UK, so here’s a hint about her travels – they involve food. We asked Silvena about her favorite travel destinations, what she likes to do there, and where she’s going next. 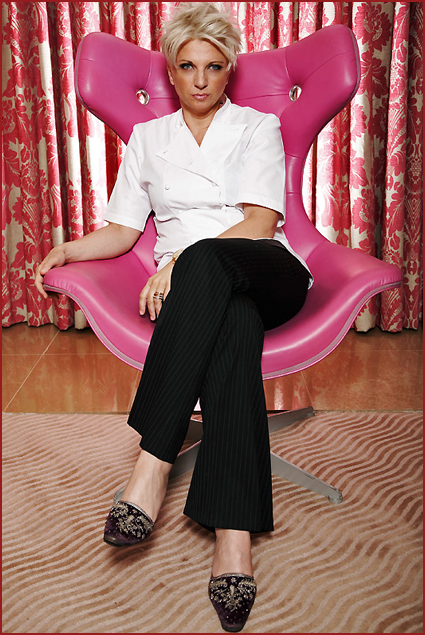 A: My travels are always food-led, and I love to follow the sun!  I love the Middle East and the Eastern Mediterranean. I find anything in the Orient alluring, magical, and so inviting! My favorite cities are Istanbul and Damascus, the latter now impossible to go back to.

I like to discover corners of the world that time forgot! My travels are frequent and are about recharging with amazing energy, and feeding my passion for discovery and adventure! I love the taboo that the world of the Middle East presents. The food is like a culinary thousand and one nights! It is the food I was brought up with, and the food I cook and still crave! I love the rugged and gritty way the world is there. You still find pockets of cities where time has been forgotten! My perfect moment is sitting in a small cafe, in a small alley within the 4,000 alleys of the Grand Bazar in Istanbul, an alley so small that no tourist can ever find it, being surrounded by locals, the sun beating down hard, a few cats and the glorious sound of prayer!  Magical!

Q: What types of activities do you like to do on your travels?  Do you look for a place where it’s quiet and you can relax, or someplace that has great activities or nightlife?

A: Mostly eating out – I often have six to eight meals a day on a short trip.  For example, traveling to New York for me is about finding out what’s new and hot at the moment on the food scene! So, for trips of a few days, I want to try as many places as possible. I like quiet places, but I like also music. I am still into house music and still like clubs!

A: I like people, so apart from food; I like to be among certain types of people. I love the way the people in the Middle East and Eastern Mediterranean are rather rough, but real, very outspoken, and direct! They are passionate and rather extreme, which is very much how I am! I love contrasts! My research is always on food, restaurants, markets, food shops, cookbook shops, and chefs!

A: Damascus! The oldest city in the world! Partly because really no one can travel there now, and sadly, won’t be able to for some time in the future. But mostly because it has a beating heart and spirit and identity like no other city that I have ever visited! Damascus to me, as I remember it on my many visits, was the city where I would wake up every day and feel a day younger.  It is a city that revitalizes you with its realness and purity!

A: So much! It is always where locals eat!  Look for places off the beaten track. Even in the beating heart of Istanbul, the Grand Bazar, surrounded by thousands of tourists, you can find small serene, quiet, delicious places to eat!

A: My huge appetite!

A: Mix with the locals, speak to them even if you can’t speak the language, learn a few word, smile a lot and avoid the obvious tourist destinations! Find places that feel undiscovered!

A: My house in France. It’s quiet, serene, and it’s by green fields and woods. You can hear distant church bells and owl calls!  There is no air traffic and I am given fresh eggs by my neighbors, just laid by their chickens! Bliss!

A: I have a new TV show on ABC in America.  It is called Time Machine Chefs and premiered on August 16. I am excited about everyone seeing it!

I am also filming a new prime-time TV show for the UK for the BBC.  I have just been featured in GQ Turkey, in the August issue, am in the Vogue Turkey September issue, and I have plans for TV in Turkey.

The phenomenon of Silvena Rowe – chef, TV personality, and author – is a blend of many different ingredients. Born in Bulgaria on the Turkish border, her father’s romantic, bohemian approach to life and cooking planted a seed firmly in her soul, and a recent journey back to her Eastern Mediterranean roots to explore the gastronomy of the Ottoman Empire was the inspiration for her best-selling book “Purple Citrus and Sweet Perfume.”

Silvena has cooked for London’s most discerning diners, from royalty to rock stars. Her inspirational cooking style also led to a role as food consultant on David Cronenberg’s 2007 film Eastern Promises.  Her infectious personality regularly lights up our TV screens and she is a regular on BBC’s Saturday Kitchen. Silvena’s stunning looks, outspoken opinions and outstanding culinary skills have also been shared with the nation on ITV’s This Morning, UKTV Food’s Great Food Live, and My Kitchen.

The authority on modern Eastern Mediterranean cooking, Silvena’s approach is bold, fragrant, sensual and above all, delicious. Silvena can also be seen as a celebrity chef and judge on ABC’s Time Machine Chefs and BBC’s Keep Cooking and Carry on.