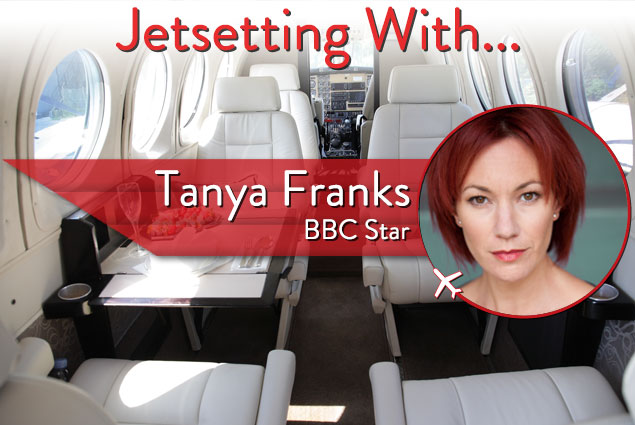 Jetset Extra caught up with Tanya Franks, who has starred in many memorable shows on the BBC and recently played Richard Burton’s first wife in the made-for-TV movie Liz and Dick. We weren’t surprised to learn that she seeks out many of the same things other travelers do – captivating cities, relaxing beach retreats, and unforgettable culinary experiences. Here’s what Tanya had to say about her travel experiences. 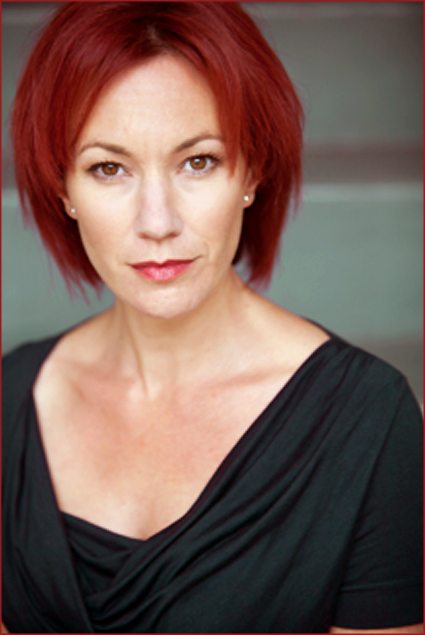 Q: What types of activities do you like to do on your travels? Do you look for a place where it’s quiet and you can relax or a place that has great activities and nightlife?

A: I don’t necessarily look for a place that has nightlife but I quite like going to cities because that’s where I feel I can find the heart of the place. But I like it mixed with a bit of quiet too. I like going on retreats and to the sea.

Q: When thinking about where you will travel next, what inspires you to make a decision? What, if any, research do you do on that destination?

A: Usually my first big attraction is warmth and sunshine, and places where I can learn something new. Before I go I will usually use the Internet and speak to others. I quite often go on other peoples recommendations. I’m probably more attracted to word of mouth than I would be to adverts.

Q: What is the most memorable trip you’ve taken, and why?

A: I’m caught between two. One was Israel, because whether you believe in God and Jesus or not, it’s amazing to be in a place where you feel something has happened. The architecture and weather is amazing, and as a country it has everything. Tel Aviv is a city at the beach, Jerusalem is so historical, the northern areas are so lush, and sitting on a boat in the Sea of Galilee is so amazing. It’s sad that it’s fraught with such political problems.

The other place is Japan. The amazing thing about Tokyo is how it can be so crammed with people and yet it still has a sense of peace and quiet to it. Also, another thing that is great about Japan is that they don’t mind you falling asleep in public. I also find in Japan there is a real sense of spirituality there.

A: Hmmm, probably eating locusts in Thailand. And fried maggots, they tasted like candle wax – it wasn’t right. Oh, and finding jackfruit in Thailand was amazing. One time in Cairo there was a person on the street eating a broth soup which smelled nice, she offered me some and it was really nice.

Q: What, if anything, do you always take with you on your travels?

A: Nairn’s oat biscuits, because they don’t have any wheat or sugar in them.

Q: What is your best piece of travel advice?

A: Well, my best piece of travel advice was given to me by my stepdad – just as you are about to walk out the door, ask yourself whether you have passport, tickets, money.

A: Probably New York. There is something about it. I think when someone has gone they just get it.’

A: Usually a nice little hotel somewhere. Stratford upon Avon is a nice weekend getaway place. Paris and the South Bank in London.

A: Cuba, because I feel I’m missing out if I don’t.

Q: Tell us about your next project?

A: I am back in Britain doing an episode of Pramface, a new ITV drama called Broadchurch, and I am in a film called Magnificent 11 that comes out next spring. And you can still catch me in New Tricks on BBC iPlayer.

Tanya Franks’ Bio:
Tanya Franks is well-known for her starring roles on top television shows in the UK, including EastEnders, the BBC award-winning comedy series Pulling, The Bill, The Cup, and Family Affairs. She has guest-starred on numerous shows, including Skins, Ashes to Ashes, Holby City, and Doctors. Tanya recently starred as Richard Burton’s first wife in the made-for-TV movie Liz and Dick. She is also the founder of Stock-pot Productions.

Tanya has always been a prominent theatre actress, with leading roles at London’s National Theatre in Really Old, Like Forty Five in 2010, The Black Album in 2009, and Sing Yer Heart Out For The Lads in 2004. She also costarred in Steven Berkoff’s West End 25th anniversary production of East in 1999.

Tanya, with Stock-pot Productions, is currently in development on a feature-length film, Fly Me, which she wrote and will co-direct with James Barriscale. Toby Stephens is lined up to play the lead, and the film will also co-star Tim McInnerny.

In 2011 Tanya teamed up with entrepreneur and Secret Millionaire Caroline Marsh. Their new venture is Share-Love to promote love with their products and raise money for charity.