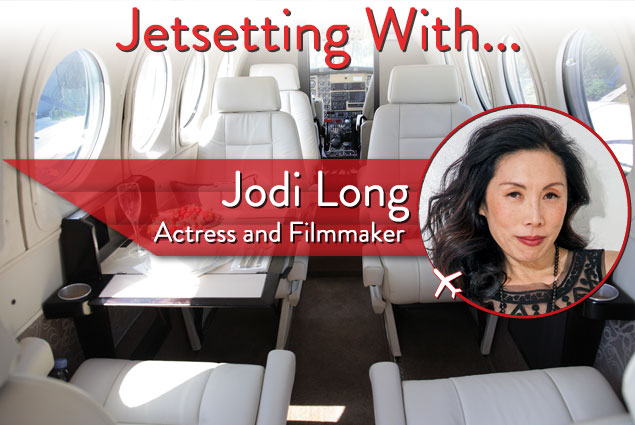 Currently appearing as Ok Cha Sullivan in the hit TBS comedy “Sullivan and Son,” award-winning actress and filmmaker Jodi Long is best known for her roles as Patty, the power lesbian, on “Sex & and the City” and as the enthusiastic yet socially inept Korean mother in “The Hot Chick,” who charmed with the line, “Ling Ling! You forgot your bling bling!” Jodi’s long-running career spans the stage and screen. In her rare spare time, she enjoys practicing Kundalini yoga, cooking, and traveling, of course. 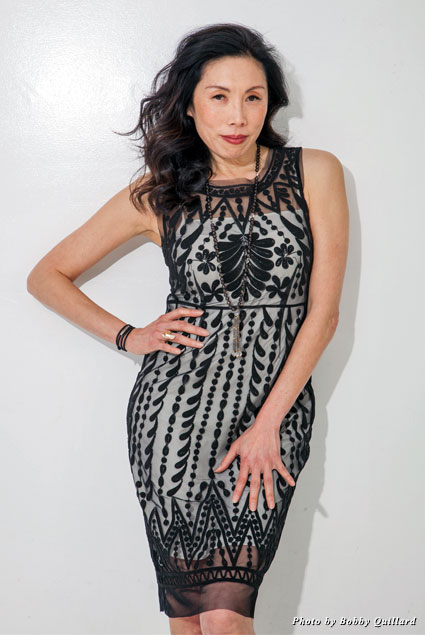 A: I’m definitely not a tour group kind of gal; I hate waiting for people. Unless I’m going to a country where I don’t speak the language, I like to get to a destination and then wing it in terms of what I do and see. I prefer getting the real flavor of a place by “getting down” with the local people. Unless it’s the Great Wall of China or the Uffizi Gallery in Florence, Italy, I tend to avoid tourist destinations.

A: I’m from New York City, the city that never sleeps, so I usually go to places where I can relax and be in nature. The wilder and further from civilization the better.

A: Well I have read a Lonely Planet guidebook or two to understand the lay of the land of a place. But if you’re lucky, you find guides that point you in interesting directions off the beaten path. My next trip is to Australia to visit my relatives in Sydney and then I will hop over to New Zealand to see an old friend. That is the ideal way to travel: connect with some folks and then explore on your own with, of course, their local recommendations.

A: There are so many! I was in London to see friends, and on a whim I took the silver bullet train up to Edinburgh, Scotland. It was so beautiful and wild; it was during summer solstice so the sun didn’t set until midnight.

A: I was in Shanghai and was invited to dinner by members of the Communist party from Shanghai Television to an organic Chinese restaurant, Xiao Nan Guo, which is five stories high. The food was the BEST Chinese food I had ever tasted. And it kept coming! I remember the abalone was so fresh and amazing.

A: Travel light and then buy a bag for all the stuff you have hunted and gathered on your trip. And if you love something, get it. You never know if you’ll be back at that destination again.

A: The Big Island of Hawaii.

A: Woodstock and Phoenicia in Upstate New York and Amagansett on Long Island.

A: The Seychelles Islands. I would also like to go trekking in the Himalayas, and I hope things calm down in Egypt since I would love to see the pyramids.

A: This September at The Working Stage Theater in Los Angeles, I will be performing a one-woman show I wrote called “Surfing DNA.” It is a journey of self-discovery and exploration of the imprints—genetic, cultural, and emotional—that have steered my life. Of course, since my parents were vaudevillians on the Chop Suey circuit in America, this is set against a backdrop of show biz from “The Ed Sullivan Show” to Broadway. 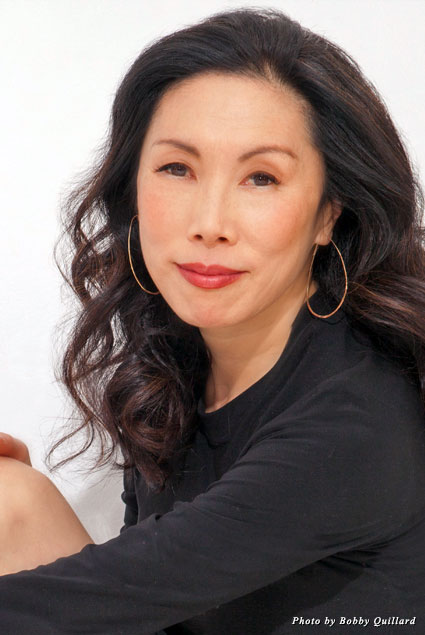 Award winning actress and filmmaker Jodi Long is perhaps best known for her role as Patty, the power lesbian, on HBO’s hit series “Sex and the City” and for her hilarious line “Ling Ling! You forgot your bling bling!” as the enthusiastic yet socially inept Korean mother in “The Hot Chick.” Jodi currently stars as Ok Cha Sullivan, the frugal Korean immigrant mother of Steve Sullivan (played by Steve Byrne) in the TBS hit comedy series “Sullivan & Son.” Going back to her roots, Jodi wrote and co-produced the Asian Pacific Film Festival’s Best Documentary winner, “Long Story Short,” a personal family story of sacrifices and perseverance that tells the tale of her vaudevillian parents, Larry and Trudie, who had a popular husband-and-wife nightclub act in the ’40s and ’50s. Long will reprise her one-woman play “Surfing DNA,” in which she opens up about her journey growing up with vaudevillian parents. “Surfing DNA” garnered an Ovation Nomination for Best Solo Performance when it played at East West Players in Los Angeles.

Jodi made her theater debut at the age of 7 in the Broadway play “Nowhere to Go But Up” and also appeared on stage in the recent revival of Rodgers and Hammerstein’s “Flower Drum Song,” for which she received an Ovation Award, at the Mark Taper Forum in Los Angeles. Her television appearances include “Café American,” “All American Girl,” “Miss Match,” “The Cosby Show,” “Eli Stone,” and “Law and Order: LA.” Jodi has also been featured in several films including “Beginnings,” “Patty Hearst,” “Striking Distance,” and “Rollover.”

Jodi practices and is a certified trainer in Kundalini yoga (“yoga of awareness”) and enjoys cooking California-Chinese food. She serves as a board member of the Board of Hollywood Orchard, as a member of the National Committee of the Screen Actors Guild, as a board member of the President Counsel of the Arts at her alma mater SUNY, and as a board member of Visual Communications, the first non-profit organization in the nation dedicated to the honest and accurate portrayals of the Asian Pacific American peoples, communities, and heritage through the media arts.