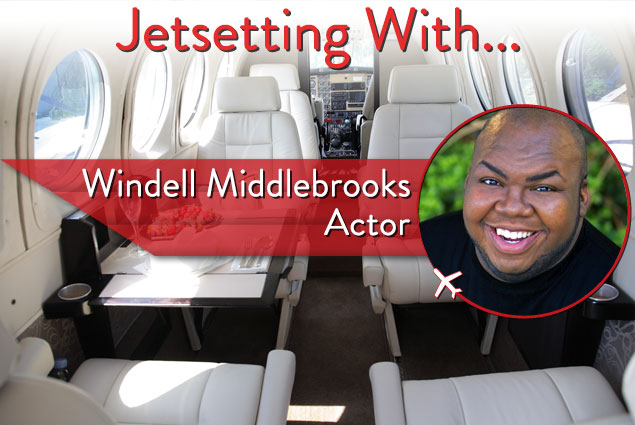 Do you know the Miller High Life Delivery Man? What began as a one-commercial gig for Windell Middlebrooks has turned into a four-year deal—and led him to become one of the most recognized faces on television. The Texas-born actor embodies the spirit of the hardworking, everyday man, which he says he channels through his role models: his grandfather and his uncles. Middlebrooks has had guest-starring and recurring roles on several top television shows and recently returned for season three of ABC’s “Body of Proof.” As Miller’s spokesperson, Middlebrooks has also had the opportunity to travel across the United States to top sporting events and says he finds fulfillment in meeting “simple and hardworking people that keep the US going.” 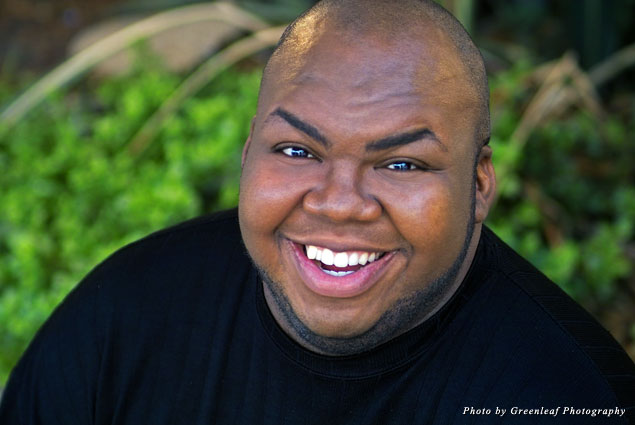 A: I have a very eclectic personality. If you were to take a ride with me in my truck, you would probably hear my stereo crank out Rascal Flatts, Jay-Z, and the “Once” original cast recording in the first 10 minutes. My eclectic personality also defines the type of traveler I am. It all depends on my mood. Most times I am looking to relax and rejuvenate because I’m so busy, but my goal is always to explore as many different pursuits as possible. Wherever my travels take me I like to experience it like the locals, find a cool activity to do, party a little bit, and recover with a massage.

A: Both. I like to stay near the activities and nightlife but avoid being directly in the middle of it. That way I can choose it when I want it. I love to be in the snow. I have friends who snowboard so I love to be on the mountain with them. And no, I don’t snowboard or ski, I snowmobile and ride the gondola. There’s nothing like being on the mountain all day then going back to the cabin and having everybody pitch in to make dinner. And when we’re full and relaxed we sit around the fireplace laughing and playing board games. That’s my own little piece of heaven.

A: I love the quote, “My favorite thing is to go where I’ve never been,” from Diane Arbus. Where I want to go depends on my mood; I ask myself questions such as: Do I prefer the beach or snow? How long can I get away and not miss anything with work? Who’s available to go with me?

A: Spending a week with friends during the summer in Telluride, Colorado. I don’t think I have ever been that relaxed in my life. The cabin we stayed in was amazing, and the views from every room in the house left you breathless. But my favorite thing about the whole trip was riding the gondola up and down over and over again. You could get on at the top near the cabin and ride it down the mountain into town. The view was spectacular. There were so many huge mountains surrounding a beautiful green valley. And because my friends love me, they would laugh, call me crazy, and hop on and ride with me.

A: I’ve been to a lot of places and I’ve had a lot of sandwiches, but nothing compares to the pastrami sandwich at Katz’s Delicatessen in New York City. So good it makes you want to slap your mama!

A: I always have my iPad with me. It lets me be spontaneous and search for whatever I happen to be in the mood for.

A: Be open to doing things outside of your comfort zone. Plan the basics: hotel, transportation, etc, but leave room to be surprised. Many times, the best trip you take is the one you didn’t even know existed.

A: I went to Sundance this year in Park City, Utah, and I had a blast. It was the day after we wrapped season three of “Body of Proof” so it was the perfect road trip to Park City—with a pit stop in Vegas, of course. I had an amazing time watching films, participating in the Windrider Forum, and playing on the mountains with friends.

A: Orange County and San Diego are definitely some of my favorite getaways. They’re far enough away by car but too close to travel to by plane, and I can take in the ocean and let go when I need to. I went to graduate school in Orange County, so sometimes it feels as though I’m going home. I’ll escape to Corona Del Mar and even pop in for some fun at Disneyland. I have friends in San Diego who I can bar hop with in Pacific Beach and the Gaslamp Quarter. So the nightlife can get jumping down south.

A: I am looking forward to traveling to Hana, Maui, to the Travaasa Experiential Resort. When I can get away I’m going to relax like I never have before.

A: Season three of “Body of Proof” is currently airing Tuesday nights at 10 p.m. (9 p.m. CDT) on ABC. And I will be back on the road with my personal appearance tour for Miller High Life, traveling around the country to “Welcome Veterans Back to the High Life.” So I may be coming to a city near you.

Born and raised in Fort Worth, Texas, actor Windell Middlebrooks earned a bachelor’s degree from Sterling College in Kansas, where he received a scholarship for Best Incoming Talent. He then pursued his master’s degree in acting from the University of California, Irvine and earned a prestigious Chancellor’s Fellowship. Shortly after graduation, Middlebrooks auditioned for the role of the Miller High Life Delivery Man, a one-commercial gig that became a four-year deal. Middlebrooks has had a recurring role in several TV shows, including ABC’s “Scrubs,” FX’s “It’s Always Sunny in Philadelphia,” Disney Channel’s “The Suite Life on Deck,” and Comedy Central’s “Weekends at the DL.” He currently appears in season three of the ABC drama series “Body of Proof.”