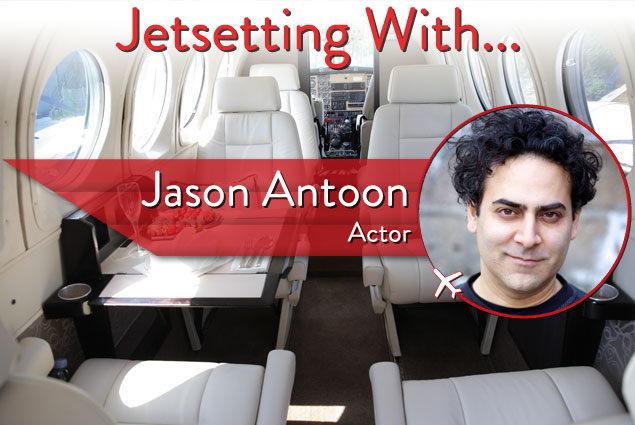 Actor Jason Antoon made the transition from stage (in Broadway’s Tony Award winning “Contact”) to screen (in Spielberg’s “Minority Report”) in the early 2000s. After learning the pilot for a show he was cast in was not picked up, Jason and four of his co-stars decided to create a YouTube talk show, “Bitter Party of Five,” where the jilted co-hosts are cynical about their guests’ success. Nothing cures a bit of bitterness like a vacation, and Jason shared with us his favorite ways to get away. 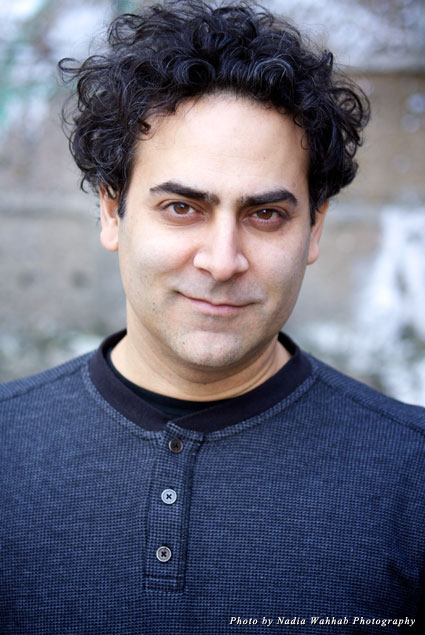 A: I am a thrifty explorer.

A: I seek out bridges, hilltops, sidewalks, brooks, oceans, and mom-and-pop bookstores. I look for a quiet, serene place, whether that be a spa or somewhere off the beaten path.

A: It depends on my bank account at the time. Ha! Because friends nowadays don’t answer their phones anymore, I usually throw up an inquiry on my Facebook status about a country I’d like to travel to with my family.

A: Prague. Exploring the spaghetti strand of streets and alleys in an old and eclectic architectural city is such a difference to the car culture of Los Angeles.

A: Double char dogs and cheese fries at Weiner’s Circle in Chicago.

A: Any book by J.D. Salinger or Philip K. Dick.

A: If you get bumped on the street, it usually isn’t an accident. Place your passport or wallet in your front pocket and wrap it with a rubber band. Pickpocket proof.

A: Napa Valley for the spas and the wine.

A: I’d love to finally visit Lebanon, the Paris of the Middle East and my ancestral home.

A: I’m working on an untitled Hugh Grant/Marisa Tomei romantic comedy, as well as “Vamped Out: The Movie” with Kevin Pollak and more episodes of “Bitter Party of Five” with upcoming guests Tony Hale, Alfred Molina, and Martin Short.

Jason Antoon, a Southern California native, graduated with a Bachelor of Fine Arts in drama from Carnegie Melon University in Pittsburgh. From there, he headed to New York City and had his big break and Broadway debut in 2000, when he was cast in the Tony Award winning musical “Contact,” for which received a Drama Desk Nomination for Best Supporting Actor in a Musical. After seeing him in “Contact,” Steven Spielberg cast Jason as an eccentric cyber parlor owner opposite Tom Cruise in “Minority Report.” He has also appeared in films including “The Sum of All Fears” and “Two Weeks Notice.”

Jason currently appears on “Bitter Party of Five,” a YouTube show about five actors who got together after working on an actual failed pilot with John Goodman and Roseanne Barr called “Downwardly Mobile.” Although the pilot was not picked up, Jason and four of his co-stars decided to film a low-budget talk show, during which they interview actors and appear bitter about their guests’ success.