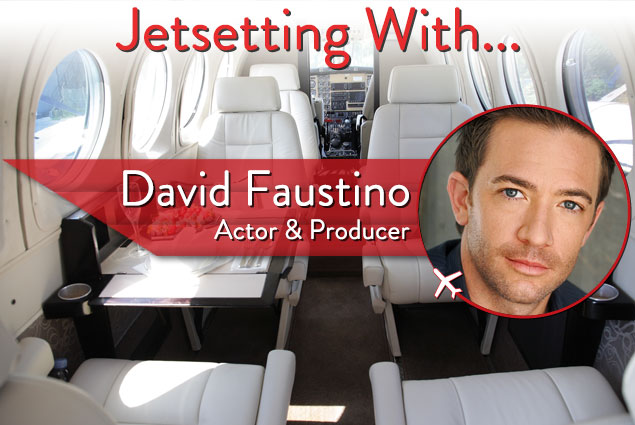 Actor David Faustino made his television debut at the age of 3 and has been booking role after role ever since. Best known for playing Bud Bundy in the hit Fox sitcom “Married with Children,” Faustino has appeared in several other television shows as well as on film and on the stage. This busy career has led to worldwide travel for business—and for a little rest and relaxation. 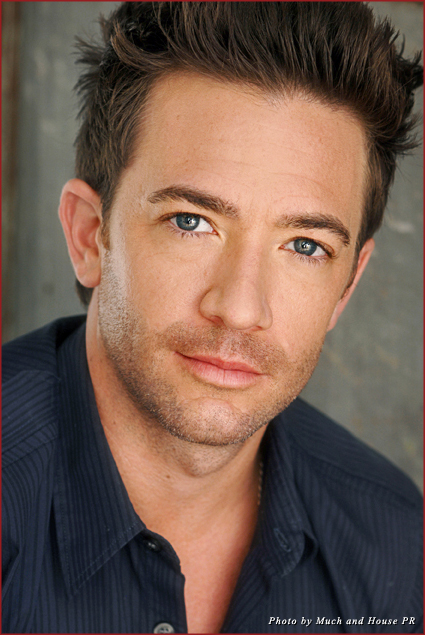 A: Honestly I have been traveling since I was a child, even before “Married with Children,” to different locations all over the world and continue to do so for various work, so in that sense I would call myself a business traveler. That said I try to do as little flying now as I can; all the restrictions they’ve placed on travel in the name of security has made me enjoy flying less and less. When I travel for pleasure now I like to take drives up the California coast or across the Southwest. I love road trips. I also enjoy a nice train ride.

A: I work hard in Los Angeles on several different projects so when traveling for pleasure I’m all about relaxation now. I don’t like to have a schedule at all.

A: Again, it brings me back to the relaxation factor; how much stress will be involved getting to this location? And the same goes for returning. Although, Fiji looks inviting! Research? What’s that?

A: One of my most memorable trips was traveling to Amsterdam, The Netherlands, with my brother and six other guy friends for the New Year and the week leading up to it when I was about 21 years old. I did some promotional work for Fox so it was all-expense-paid. We were so young and free-spirited and crazy. It was memorable for several reasons (some of which I can’t mention here), although I can’t seem to remember all of it for some reason….

A: Mantova, Italy, without a doubt. I found myself unexpectedly in Mantova with one of my best friends one year, and he happened to have family there that owned and operated a restaurant in town. I’ll simply never forget that meal; it lasted a solid three hours or more!

A: A noise maker or some kind of sleep application in case the walls are thin and people are being loud; you can drown them out with your trusty sleep app (available on almost any smart-phone). I highly recommend downloading one.

A: Pack light. I can never follow that advice, and I always regret it.

A: Northern California. I love it up there. I found this dog-friendly place up there that I just love. My dogs and I hang on the beach and have a blast. They love it, and I love it!

A: Northern or Central California. Or Santa Fe or Taos, New Mexico. Or Sedona, Arizona!

A: Wherever the universe decides I should go.

A: I’m working on a new project produced by Fox for Netflix that premiered March 31 called “Bad Samaritans.” I play Dax Wendall, a community service leader who really wants to be a cop but can’t meet the physical requirements. It’s a pretty wild comedy. I can also be heard voicing the character of Mako on the hit Nickelodeon anime show, “Avatar: The Legend of Korra” on Saturday mornings; our second season starts soon.

Currently I’m in a new play, which opened April 5 at the Hayworth Theatre, called “Welcome Back, 29ers.” It is written and directed by Sam Kass. Also right now I’m running an indie hip-hop record label called Old Scratch Records, and we are unleashing our first artist on the world, Patience Price. I also created an alter-ego rap emcee for myself called Lil’ Gweed, which is basically the worst of David Faustino all wrapped up in a little ball. Enjoy!

Although Los Angeles native David Faustino is likely most recognized for his role in “Married with Children,” the actor has appeared in numerous television series and more than 75 commercials and has voiced several cartoon characters. His film credits include “Macarthur Park,” “The Boston Strangler,” “The Heist,” and the new comedy “High Hopes” with Jason Mewes and Andy Dick, while on stage Faustino has appeared in “Blackout,” “A Christmas Carol,” “Cat on a Hot Tin Roof,” and as the lead role in the American premiere of Ben Elton’s “Popcorn.” In 2006, Faustino launched the production company, F.N.B. Entertainment, which has multiple development and independent finance deals currently in the works for both film and television. His popular Sony Crackle web-series “Star-ving” is described as “‘Curb your Enthusiasm’ meets the anti-‘Entourage’… sort of,” and was nominated for a 2010 Streamy Award under the Audience Choice category.