Jetsetters of the Month: The Lazy Travelers 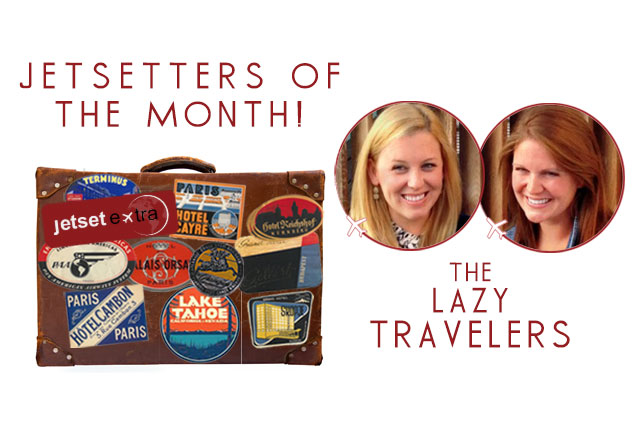 There was never one defining moment for Ashley Chalmers and Carolyn Godfrey, known collectively as The Lazy Travelers, that made them both decide to travel. The two women met in middle school shortly before they each traveled to Europe for the first time and bonded over their love of seeing the world. They’ve been recapping trips for each other ever since and now share their stories with the world through their website. 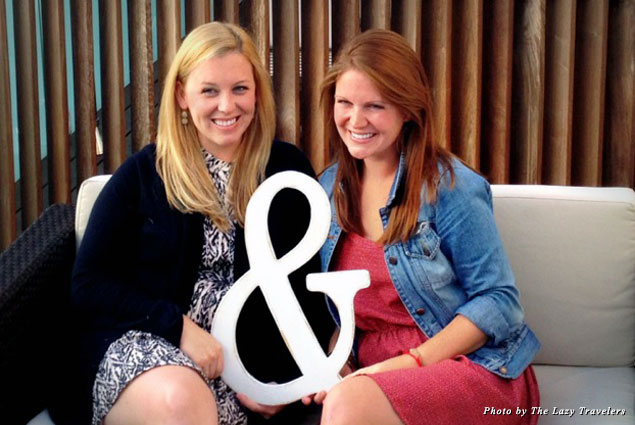 “Once we entered the ‘real world,’ we struggled to keep travel a priority while juggling loan payments, life in New York, and limited vacation days,” they said. “We’ve always made it work, because not traveling is not an option.” When Carolyn moved to New York, the two women worked for the same company and, while they enjoyed many perks, they say the work/life balance was “a mess.” As they recount, “After a bit too much wine and a declaration that WE SHOULD START A BLOG, we bought the domain name…. Almost three years later, here we are!”

From a self-described selfish perspective, the two say they strongly believe being overworked is not good for anyone and there is not enough emphasis on paid leave in the United States, which, as they have seen firsthand, can negatively affect the workplace. More importantly, the Lazy Travelers say, traveling can open a person up to new experiences and new perspectives. “You don’t have to embark on an epic, international adventure to take a look at how other people live or experience something new,” they say, adding, “We just want to encourage people to see their world from a different angle, and that’s hard to do if you never leave your bubble.”

The first travel blogs the two women found all seemed to focus on sustaining lifelong travel as a backpacker, which they say is just not them. With their blog, the Lazy Travelers, Carolyn and Ashley do not try to convince anyone to ditch their full-time jobs and see the world. They say they’re “pro-staycation and pro-hometown exploration, which seems to be a bit divisive among ‘real’ travelers. (Can you tell we also scoff at the idea of ‘real’ travelers?)”

They put it simply: The Lazy Travelers’ main mission with their website is “to encourage people to know their worth, take their vacation time, and try something new every once in awhile.”

The women predict the focus on traveling like a local is only going to get stronger. “Between the growing popularity of short-term apartment rentals, tour operators touting authentic experiences, and food tours exploring the local cuisine, more and more people want to immerse themselves in a new culture,” they say. “We’re all for it.”

Their advice for those who want to live like a local? Ditch the checklist and let yourself fully experience each destination. The women explain their favorite memories are never about seeing a certain thing in a certain place but rather about the unexpected, insane moments that came out of nowhere—such as the time they got locked in an Austrian basement at 2 a.m. “Though to be fair,” they clarify, “that was not our favorite experience in the moment, just a story we really like re-telling.”

The Lazy Travelers also caution against declining a travel opportunity because of a short time frame. “Even if you’re just leaving the airport for a few hours during your layover, exploring somewhere new is always worth the time and effort, because if you love it, you can always return!” they advise, adding, “And if you hate it, you can chock it up to that fact that you were pressed for time and in a bad mood because layovers are just the worst.”

This is an outlook Ashley and Carolyn apply to their own travels, under the logic that cities are always evolving and changing. If they don’t love a place the first time they visit, there’s always the possibility they might love it a few years later on a return trip.

Of course, one place they say they’ll both always love is Paris; the two have both lived in France and are confident they will return again and again. They say they are most often asked about New York, especially from travelers who have already been to the city and seen the touristy spots. And they have seen a boost in requests about Iceland, especially with Icelandair’s stopover program, that was reflected in traffic to Ashley’s recap of her trip there last July.

With all the destinations Carolyn and Ashley have seen, they say there is not one they find themselves recommending over and over again. The city girls say they’re most impassioned about Paris, New York, and London, but their suggestions come from a thoughtful place, depending on who is asking and why they are traveling.