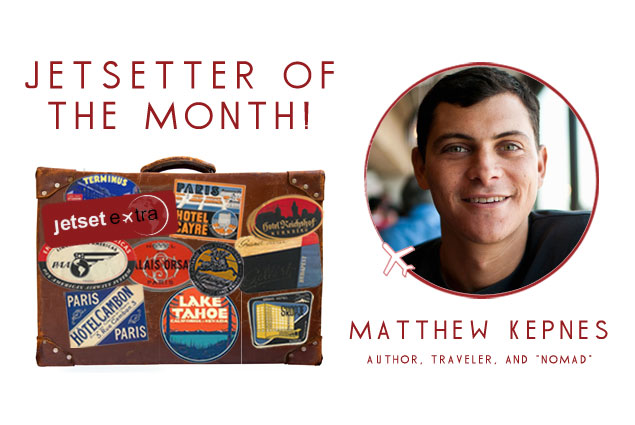 In 2003, Matthew Kepnes, also known as Nomadic Matt, planned a two-week trip to Costa Rica for his first international vacation. As a hospital administrator, he, like so many Americans, cherished that two weeks of vacation per year. What happened on that Costa Rican excursion, however, changed the course of his life forever: Kepnes caught the travel bug. 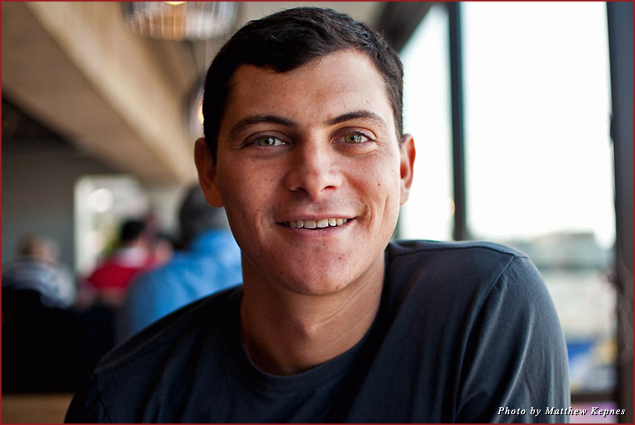 “Once you get the travel bug, you can’t get rid of it,” Kepnes says. He ventured to Thailand the very next year where he met five non-American backpackers who were amazed that those living in the United States get so little paid vacation time each year, compared to at least a month in their home countries. It was then Kepnes decided to quit his job and travel the world.

Nearly a decade later, Kepnes runs his own travel-centric website and has just released a new book, “How to Travel the World on $50 a Day,” to share his views about how much money is really needed to travel. “The idea that a more expensive vacation is a better vacation is false,” he says. In many destinations, people don’t need to spend more money per day while traveling than they would at home. In Paris, for example, Kepnes recommends paying attention to where the locals go. Instead of eating at a super-touristy restaurant, find a small mom-and-pop café for a romantic meal—and a smaller bill.

“Travel is more attainable than we are led to believe,” Kepnes explains, adding that people can travel well on a budget. He suggests signing up for reward points, frequent flier miles, and loyalty programs and looking for free tours. Then travel often, he says.

Although he doesn’t tend to follow trends, Kepnes notes the cost of airfare is going up, the price of fuel is going up, and planes are flying fuller. When people could once travel to Europe for $600 to $700, the average price is now $1,000. One way to combat this, Kepnes says, is to be flexible. Travel mid-week and off-season and avoid flying direct. The ability to be open with travel plans “could mean a difference of hundreds of dollars,” he says. Kepnes also recommends booking the first couple days of a trip and then deciding if you want to stay there longer, visit somewhere else, or head home.

Following these rules has allowed Kepnes to travel cheaper and more often—and establish himself as a voice for budget travel. People tend to ask him about the places they hear about the most, he says, including European countries such as Italy and Greece. Mexico is another popular destination, according to Kepnes.

Of all the places he’s been, Kepnes says he finds himself recommending Thailand, Sweden, and Cambodia the most. He describes them as great countries with great people. “I love these places tremendously,” Kepnes says. The location that lands at the top of his list, however, is Lisbon, Portugal. “I would do everything in my power to go back,” Kepnes says. On the other hand, Vietnam is one destination he says he has no interest in going back to, adding “you can’t love every place you visit.”

Through it all, Kepnes has been able to see some amazing places and meet new friends, from the backpackers in Thailand to a girlfriend in Taiwan to the folks he shared a dorm with in Spain. Thanks to the Internet, staying in touch is much easier than before, although Kepnes says they don’t talk as much as when they parted ways. Still, they try to see each other when they can and, “we always pick up where we left off.”

For Kepnes, traveling is important because it can help people grasp the beauty of the world, both culturally and physically. “You’ll never understand people if you live in one place,” he says, adding, “If you really want to understand people you’re going to have to travel.”

Coming up next for Kepnes is a new adventure: settling into New York City and assimilating back into the real world. He is currently on a book tour to promote his newest tome. Follow his journey on Facebook and on Twitter.

Jetset Extra is giving away a hardcover copy of Kepnes’ book, “How to Travel the World on $50 a Day”! Join us for our weekly Twitter chat (at the hashtag #JSETT) Thursday, February 21, at 10:30 a.m. PST for the chance to win!