Jetsetter of the Month: Mark Murphy 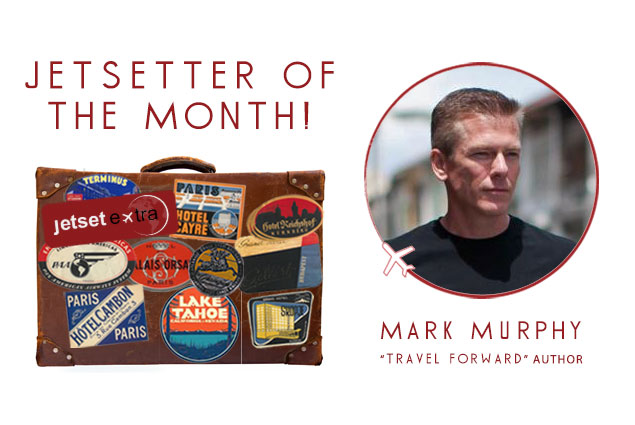 Author and entrepreneur Mark Murphy has been to more than 50 countries around the world. For Mark, travel came as a byproduct of building a business in travel media, when, he says, “the more I traveled and visited different places, the more I became hooked.” Instead of focusing just on business, Mark began to explore his surroundings—and he realized how much of the world he still had left to see and how many people he had left to meet. 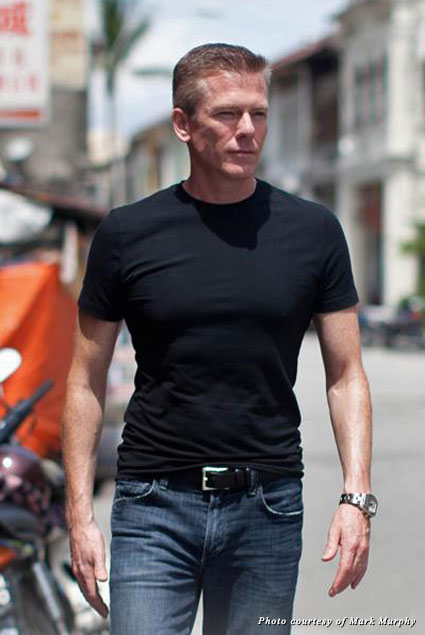 “Travel creates a feeling far more profound when you get outside of your local culture and customs and experience the world,” Mark explains, adding travel experience is something a person has to undertake instead of try to understand through a book, website, television show, or movie. This, he says, creates moments that help make a person, and the people around him or her, better.

How we connect with ourselves and with one another served as the inspiration for Mark’s new book, “Travel Forward.” “It’s about how travel can be a metaphor to move our lives forward, professionally, personally, and in our relationships,” he explains. “Travel is so much more than getting on a plane and jetting off to some foreign locale; it’s about a journey of self-discovery and fulfillment that can positively impact the world while you are doing it.” The book recalls encounters with everyone from friends, neighbors, and people in Cambodia or on the New York City subway to notable names such as Nelson Mandela, Paul McCartney, Condoleezza Rica, and Jon Bon Jovi.

Mark recalls an event in November 2011, when he found himself in Egypt during a time of unrest. He says his family and friends warned him not to go, but he ventured there anyway, “to capture the true essence of the destination and the people, despite the negative media coverage.” As he walked through Giza, at the base of the pyramids, Mark says a family from northern Egypt began to speak to him through an interpreter. “Within minutes, a “Travel Forward” moment occurred: They handed me their six-month-old baby to hold, bridging different worlds, both physical and religious,” Mark says. “We weren’t Christians or Muslims, Americans or Egyptians, just people amazed at the site as we stood in the shadows of the pyramids.”

Since Mark has spent much of his adult life traveling, he has had many of these encounters, several of which are chronicled in his first book, “Travel Unscripted.” Although he says it is impossible to choose the most memorable person he has met, Mark says “Travel Unscripted” highlights some of the funnier situations and people. “I’ll leave it to the reader to decide which one.” Mark says there are several places to which he would like to return, but, if he had to choose just one, it would be Bora Bora and the islands of Tahiti. “It’s a dream destination that combines natural beauty with luxury,” he says. Moscow, however, is one destination Mark says he would avoid unless traveling there for business, describing it as an “incredibly expensive city that has some of the worst traffic on Earth.”

He finds himself recommending Southeast Asia over and over again, for the people and for the food. Mark describes the raw energy and chaotic atmosphere of cities such as Bangkok and Ho Chi Minh and says the “diversity of Thailand in particular, where you can visit a dynamic city, deserted beaches, and mountain villages in a single stay, makes for a great vacation.” Europe, and Italy especially, is an incredibly popular destination and one he is asked about often, Mark adds.

Coming up in 2014, Mark predicts travelers will continue to see the merger of travel agents with high-tech transaction capabilities, bringing the best of both worlds to the traveling public. With this fusion of outlets, Mark says, travelers will have a singe source, but multiple ways, to book their next adventure.

Mark’s advice to future jet setters is to not rush through life and experiences but instead take the time to savor them on each and every trip. “A sunset, an early morning walk, a cup of coffee in a local shop along with some local conversations can all lead to moments that move our lives forward,” he explains. “There will always be another plane.”