Jetsetter of the Month: Lauren DiMarco 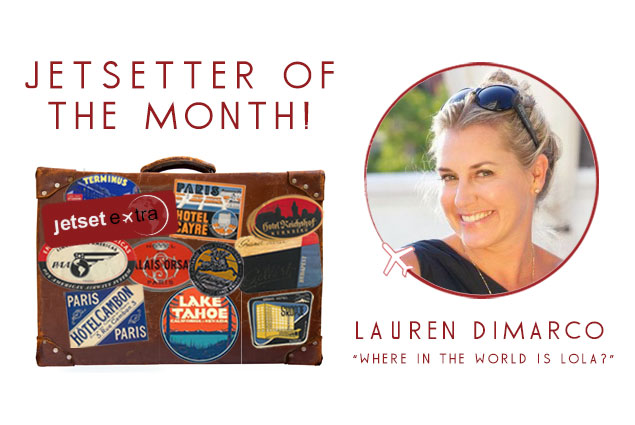 When she was growing up, Lauren DiMarco, known henceforth by her travel moniker Lola, enjoyed traveling throughout the United States with her family, meeting new people, learning new things, and having different experiences. As she grew older and became more independent, she realized how important travel was to her, which led to a desire to create a career in the travel industry. From there her blog “Where in the World is Lola?” was born. 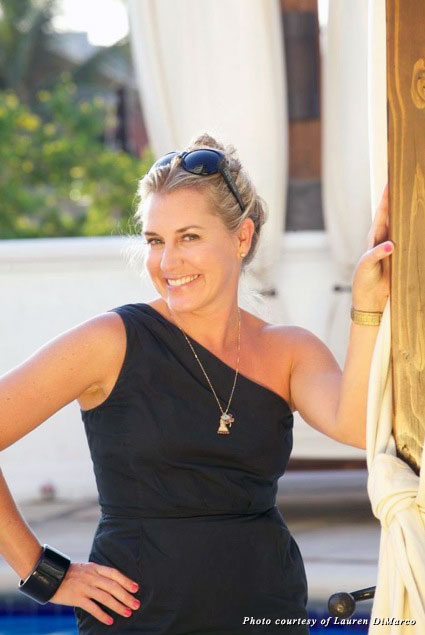 “I thought if I could create a likeable persona who was interesting then it would prove I was good as a travel writer,” Lola says. She feels she has found success and now no longer wishes to work for another travel entity, instead continuing to focus on and grow her own travel brand. Through this brand, Lola says she hopes future travelers can benefit by learning about fun places to go and great things to do in different destinations. “People have a laugh and find my travels informative but also entertaining,” Lola explains. “Who wouldn’t benefit from a laugh?”

Travel is important, she adds, since it is a way for her to see how others live in the world and how they are similar to and different from the way she lives. This has helped her experience a greater appreciation for the world, which in turn has made her a better person.

Lola says her favorite thing about traveling is meeting new people. “I feel so fortunate to have met so many wonderful people all over the world,” she says. Although many stand out, the people she says she will never forget are those she met while building houses for Habitat for Humanity in Cambodia. “My trip to Cambodia was definitely life changing,” she says, adding it made her realize how important traveling to unknown places is to her, as is finding ways to give back. “This trip proved how doing some volunteer work while traveling really gives you a great local perspective,” Lola says.

One destination Lola says she would love to visit again is St. Barts in the Caribbean. “The truth is, I would like to return almost anywhere I’ve been,” Lola says. “I like places far more than I dislike places.” There are, however, a few spots to which Lola says she feels no need to go back to: Vienna, Monaco, and Kauai. She has been to each twice and says she would trade a return trip to these locales for a visit to another, undiscovered place.

Lola says she loves Budapest and recommends it all the time since she feels there is something there for everyone, including high-end shopping and dining as well as budget options. “I love cities that have amazing history and are beautiful but also have an edge and are not too pristine,” she explains. “Budapest is this for me.” Cambodia and Newport, Rhode Island, top the list of the places Lola is asked about the most and, “perhaps Miami, too,” she says. “I’m a bit of an expert with Newport and Miami.”

In 2014, Lola predicts more people will use travel applications on a mainstream level, which will help promote spontaneous travel. She also believes more people will move into video although, “unfortunately, I think travel video is going to be worse before it gets better.”

Lola’s most important piece of travel advice: Build in time to relax. “Travel is tough on your body,” she says, although she adds if someone had told her this before she began traveling she probably wouldn’t have listened. “I try to do too much in too little time.”