Jetsetter of the Month: Jetset Extra’s Editor-in-Chief Mary Anne Been 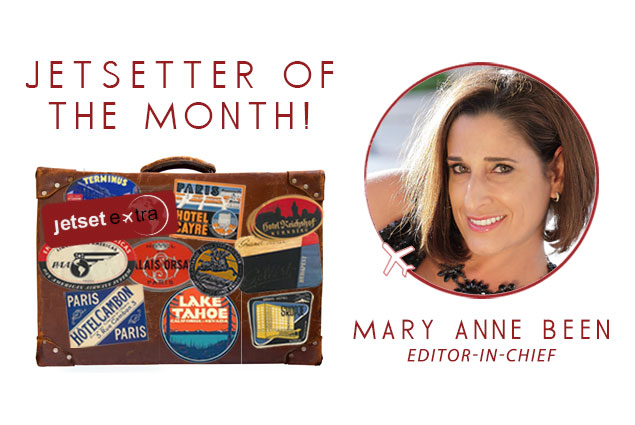 As a young girl, Mary Anne Been had her first dreams of traveling the world when her mom, an avid reader, would read to her about exciting and wonderful destinations. When Mary Anne was in high school, she and a friend would talk for an hour every night over the phone, each with a map laid out in front of her, dreaming of where they would travel to together. Now, Mary Anne has made that dream a reality as the co-owner and editor-in-chief of Jetset Extra. 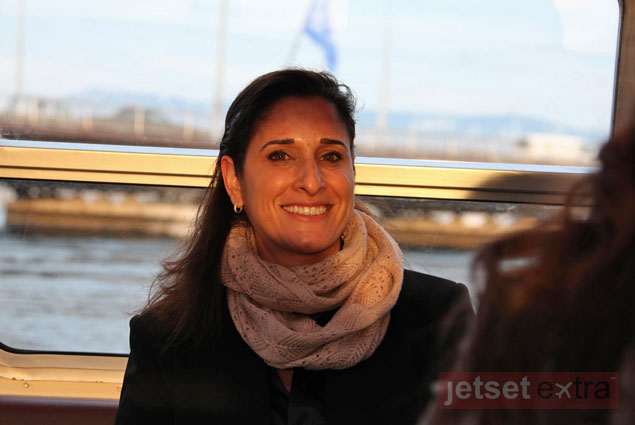 “I would never say I am the most traveled person in the world,” Mary Anne asserts, “but my experiences traveling in the last few years for Jetset Extra have really given me some insight about how things work and what I will do and what I won’t do.” Since she still has so much of the world left to see, Mary Anne says she’s not interested in paying any destination in particular a repeat visit, although if she had to choose she’d say Turkey or Africa. The latter is one place Mary Anne often recommends since there is “magic in the air!” She had an aunt who worked at the San Diego Wild Animal Park and would take Mary Anne on behind-the-scenes animal tours when she was young. “It made it special when I actually went and saw the animals in the wild,” she says.

As she continues to explore new destinations, Mary Anne uses her outlet, Jetset Extra, to share her experiences and recommendations. The online travel magazine is designed to allow readers to travel vicariously through the articles, photos, and videos submitted by Mary Anne and other avid travelers based around the globe. Visitors to the site have the ability to get first-hand accounts and recommendations, the way they would from a friend. “We don’t do ratings or give price points,” Mary Anne says. “We really want our readers to feel as though they can make a travel decision based on what they want and how they want it, not limitations of exclusiveness or finances.”

Though Mary Anne has made a business out of being a jet setter, one piece of advice she wishes someone had shared with her before she set off to travel the world is to learn to pack well. “I’m a self-proclaimed over packer,” she says. “I have gotten better, but I still struggle with wanting to take too much with me.”

The most common advice she is asked for is about travel to Hawaii and Thailand. Thailand is a curious place for many people, Mary Anne says, and they want to know why she enjoyed traveling there so much. Her reply? “I always tell them, ‘It’s the people that make Thailand great,’” she says.

And it’s not just in Thailand where Mary Anne met people who made an impression. In Nairobi, Kenya, she paid a visit to children living at CURA Orphanage. “The children had rehearsed a song for us and sang it when we arrived,” she recalls. “I cried through the whole thing.” With two kids of her own, Mary Anne was happy to see how well cared for the children are and the opportunities they are given. There is hope and love available for the children at CURA, she says.

“Traveling is so important because it allows for a deeper understanding of other cultures and how they work, think, and live,” Mary Anne says. “It really gives perspective about what is important and what isn’t.”