Jetsetter of the Month: Ashley Colburn 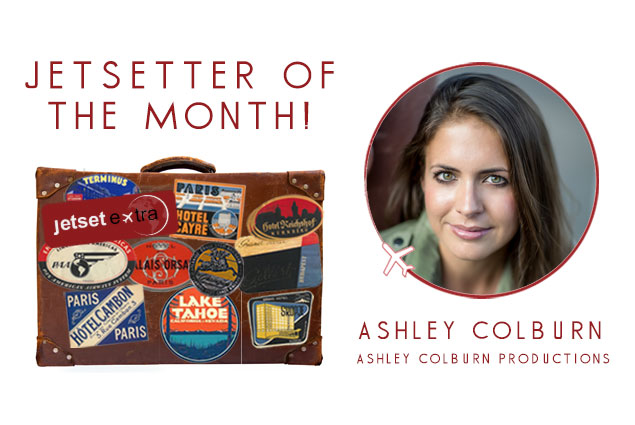 For Ashley Colburn, travel show host and founder of Ashley Colburn Productions, travel has become a way of life. She has grown used to being away from home, waking up in a different bed each day, and finds beauty in the adventure and spontaneity that comes with it. “I have a quote I always like to tell people and that is, ‘To me, being comfortable is to be uncomfortable,’” she says. “I like going into the unknown, taking risks, and feeling adventurous each and every day.” 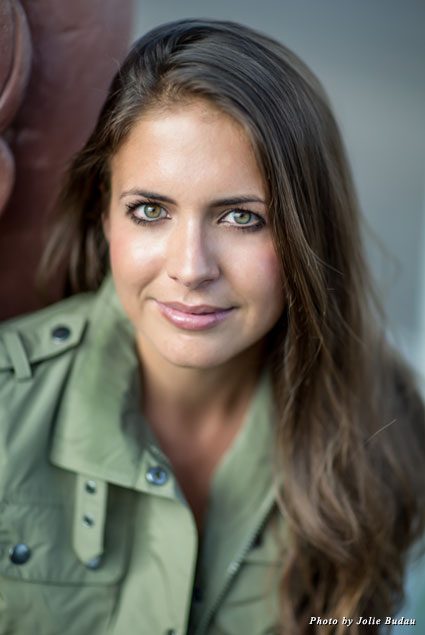 Ashley began her production company two years ago in order to distribute her television programming worldwide, and she is currently producing several mini-series about countries she says, “really deserve more than just a 30-minute travel show.” As a television producer, Ashley says she tries to manage all situations and control them for the safety of her crew and for the convenience of how things should work, all while remembering that, when she arrives at her destination, all of her planning could be thrown out the window and she might need to improvise. “Traveling is my job,” Ashley says, “and it is not until I travel with someone less traveled that I then consider myself a professional traveler because I see sometimes the smallest things that affect another person don’t affect me.”

Ashley first caught the travel bug while studying abroad in Spain during college. She enjoyed the thrill of backpacking through Europe and found fulfillment in the spontaneity of travel. “I think studying abroad is what really changed my life because I was forced to live with a family that didn’t speak English, live in a small village, study in a language I was not yet an expert at, and learn how to figure things out and go with the flow,” she says, adding, “Those were probably some of the best moments of my life, and it opened my mind in so many ways.”

Before leaving for her first European adventure, Ashley says many people warned her to watch out for pickpockets, wear a money belt, and avoid talking to strangers. While she understands they just wanted her to be safe, she says this way of thinking can create a paranoia that can hinder travelers, enabling unnecessary fear preventing people from truly enjoying a destination. Ashley says while it is important to be careful no matter where you are in the world, she has learned to go with the flow more and now tells people to “meet as many locals as possible, eat the local food, and try to experience the culture as much as possible.”

Sticking with this mentality, Ashley has had an opportunity to meet presidents, prime ministers, athletes, and singers on her travels, some by complete accident. Her favorite people she has met, she says, are the “fisherman, taxi drivers, and ordinary locals I have encountered and decided to spark up a conversation with.”

Ashley had the honor of spending two weeks with a guide in Tunisia, a “strong woman in mind, body, and soul,” who she says she learned so much from. “To this day, she calls me her daughter, and we both shed some tears as I left the airport, as it was one of those moments of realization that no matter what our religious beliefs are or what country we come from, we had created a special bond,” Ashley says. “There are wonderful people in each and every country of the world,” she continues, “When we put religion, politics, race, and status aside, people are people, and I have found wonderful friends and some I consider family all around the world.”

When it comes to advice about certain destinations, Ashley says people ask her the most about Croatia because she has spent so much time there. “I now consider Croatia to be my second home and could not only return there time and time again, but I could also live there,” she says. Croatia’s people, landscape, food, and potential are things she says she really loves about the country, and she finds inspiration every time she goes there, even though she has traveled extensively throughout the country.

Croatia has more than 1,200 islands with secret and private bays and small villages waiting to be discovered, Ashley says, which is what makes the country a truly special place year-round. She takes pride is helping to promote the country, especially to Americans, and has even begun customized tours to Croatia to “showcase these experiences and ensure travelers have the trip of a lifetime.” And any time Croatia is in the news or featured on a television show such as “Game of Thrones,” Ashley says people write or call her to say they now know why she loves it so much. “Croatia, along with surrounding countries of Slovenia and Montenegro, is one of the places becoming the talk in travel.”

Another trend Ashley has noticed is a movement toward eco-travel. She says agritourism is becoming popular in Europe and Central and South America, and she believes its popularity will continue to grow. What Ashley enjoys about this way of travel is how it often involves eating local foods grown from a nearby garden and staying in environmentally friendly hotels. She says she can also see homestay vacations happening more often for young travelers as they explore a new culture and find adventure.

A self-described adrenaline and adventure junkie, Ashley says the biggest thrill of her life is going on safaris. Although she still gets a thrill from going skydiving or bungee jumping, she became hooked on safaris after going on one for the first time. Ashley says she would love to return to South Africa for another safari and to experience the country’s nature and beauty.

Ashley looks at every opportunity in life as one she can learn something from. Her best advice for future jet setters is to take some risks and to really network with people from around the world. “Many people wonder how I got into my career and think someone gave me a travel show. The truth is, I created it, took many risks, and like traveling; I am never really looking for a final destination, but I am enjoying the journey every step of the way!”