International DJ Roundup: The Best Spinners on Earth and Where You Can Listen In 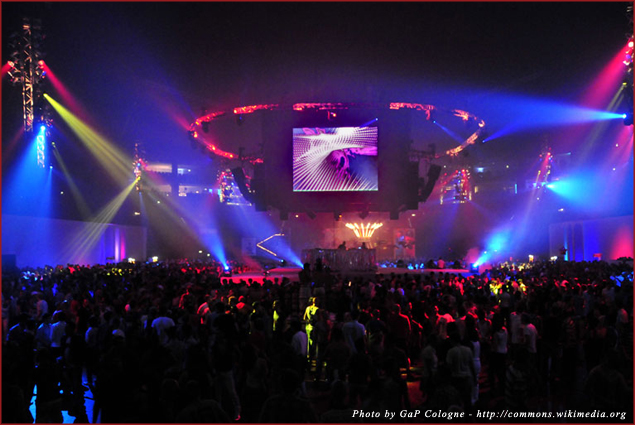 Imagine standing among thousands of eager fans. Your heart is beating with anticipation, your eyes are glued to the stage. There is a giant cloud smoke, immediately interrupted by flashing lights that are nearly blinding. He appears. The crowd erupts. It’s the moment you have been waiting for.

Get prepared to be blown away, and we’re not just talking about the music. When the world’s top DJs perform today, the exhibition of lasers, light shows and enormous LED screens along with sound from some of the most powerful systems ever used are truly mesmerizing. It’s like an electric charge in the atmosphere. Now that’s something to call home about.

We started with nearly 20 top International DJ’s, and for days pondered how to narrow it down. These DJ’s not only carry the highest accolades within their musical career, but are able to truly captivate an audience and create the highest level of excitement as a performer. Eventually Jetset Extra’s favorite five emerged. 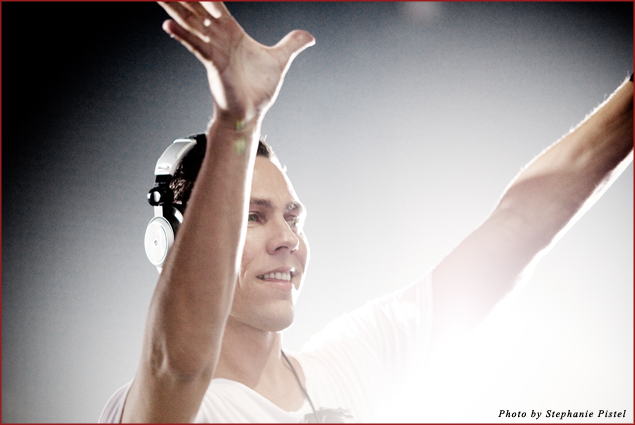 Arguably one of the world’s greatest DJ’s and producers, Tiësto, a.k.a. Tijs Verwest, credits his inspiration to the music of U2. On Mondays he spins at his summer-long residence at Privilege in Ibiza. The next day he might be off to Greece, the following day, Italy. This is typical for the ultra-busy DJ, who has turned the spinning of trance into an art form. Highlights of his career include performing at the opening ceremony of the 2004 Athens Olympic Games, a Grammy nomination in 2007, voted #1 DJ in the world by Mixmag Magazine in 2008, #1 artist pod cast in the world for “Club Life” and record sales of over 2.5 million worldwide.

Tiësto is currently on his Kaleidoscope World Tour, the biggest DJ-only tour in history. Over a fourteen month period he is playing across 6 continents to an unprecedented 1,000,000-plus people. Whether it be the 250,000 followers gathering at Ipanema Beach in Rio de Janeiro, the fanatic clubbers who faithfully party at Privilege every Monday night or the 25,000 fans at Victoria Park in London, all are in attendance for one reason—they have come to see Tiësto. “Because people care. They see that I care,” Tiësto responds when asked about his huge success. “I’m very honest in what I do. It’s not an act or a gimmick. It’s pure, it’s emotion.” 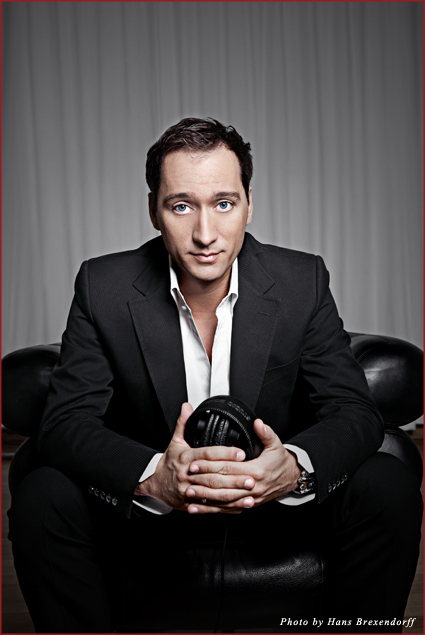 PvD, as his fans nicknamed him, continues to dominate the electronic music charts and appears at the pinnacle of every top DJ list around the globe. With headline spots at every major festival and a hugely successful recording career, it doesn’t come as a surprise he has been ranked the World’s No. 1 DJ by DJ Magazine’s “Top 100 DJ’s Poll” for two consecutive years (2005 and 2006). PvD is the only DJ who has remained in the World’s Top 10 DJ’s for the past decade. For New Year’s Eve 2008/2009 PvD played in front of a whopping 1.5 million fans in Rio de Janeiro. PvD’s musical career has enabled him to voice his opinions about political issues. He composed the soundtrack for the Mexican film Zurdo, for which he received an Oscar. His album “Reflections” resulted from his travels to India and earned him a Grammy nomination.

In addition, his single “The Other Side,” a song dedicated to the victims and their families of the Sumatra-Andaman earthquake and the subsequent tsunami that struck Thailand in 2004, was preceded by his second successful mix album, “The Politics of Dancing 2.”

In his youth PvD fled the East Berlin to the West. Beyond his music accomplishments he has taken part in fighting poverty, with his children’s charity in Mumbai, India, his partnership with the German Red Cross and involvement in the Rock the Vote campaign (2004 and 2008) encouraging America’s youth to vote. He joins a distinguished list of arts and political establishment figures with his recent award of Berlin’s Medal of Honor. Between all of the travel and projects, PvD hosts his own radio show ‘Paul van Dyk’s VONYK Sessions’ where millions of listeners tune in weekly to FM stations around the globe. 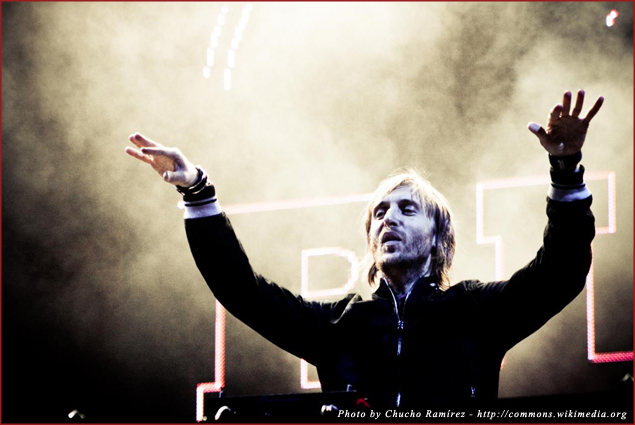 Get ready to fall in love with David Guetta. With his latest album, “One Love,” that is, featuring the ever popular hits “Gettin’ Over You,” “Sexy B*tch” and “When Love Takes Over.” The latter track was nominated for a Grammy Award, topping the charts in the UK, Ireland, Italy, Belgium, Switzerland, Slovakia and Turkey. Guetta hails from France and already boasts three chart-topping albums early in his career. In 2008 he was chosen ‘Best House DJ’ by DJ Awards and the following year he placed third in the ‘Top 100 DJ’s’ poll by DJ Magazine. “Everything I’m trying to do—in my Djing, my production—is about sharing emotion,” Guetta says. “When I’m making music in the studio that’s all I’m looking for. It’s what matters the most!” Guetta recently produced a single by the Black Eyed Peas. “I Gotta Feeling” this guy is going to be around for awhile! 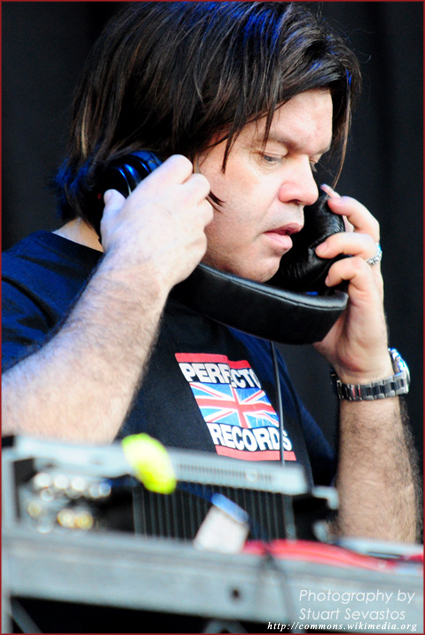 Ibiza: A tropical island off the coast of Spain, where the jet-set crowd flocks every summer. When Paul Oakenfold first traveled there in 1985, who knew his visits would not only change his life forever, but the world of music as well? He deserves much credit for making Ibiza the unbelievable clubber’s paradise it is today. As a touring musician, Oakenfold has made appearances all over the world, including unique places such as the Great Wall of China, the Hollywood Bowl in Los Angeles, Red Rocks Amphitheatre in Colorado and everywhere from Cypress and Lebanon to Korea. Oakenfold’s 2004 mix album ‘Another World’ reached gold status in sales, making it one of the biggest selling dance albums of all time, with sales reaching nearly 2 million alone. He also created the score for GoldenEye: Rogue Agent, the James Bond inspired videogame.

Think that’s not impressive enough? The two-time Grammy Best Electronic/Dance Album nominee’s (“A Lively Mind” and “Creamfields”) accolades also include music credits for the following films: Nobel Son, Collateral, Swordfish, The Matrix Reloaded, Pirates of the Caribbean, Die Another Day, Planet of the Apes, The Bourne Identity and Shrek II. Remixes include music for artists U2, The Rolling Stones, Michael Jackson, Justin Timberlake, Madonna, Paris Hilton, Jennifer Lopez, Salt N Pepa (who he signed) and The Cure. Although born in London, England, Oakenfold currently resides in the United States. Believe it or not, his former goals were to be in the culinary industry—he received a certificate from the Westminster Technical Culinary Institute to become a chef prior to making it as a world famous DJ. 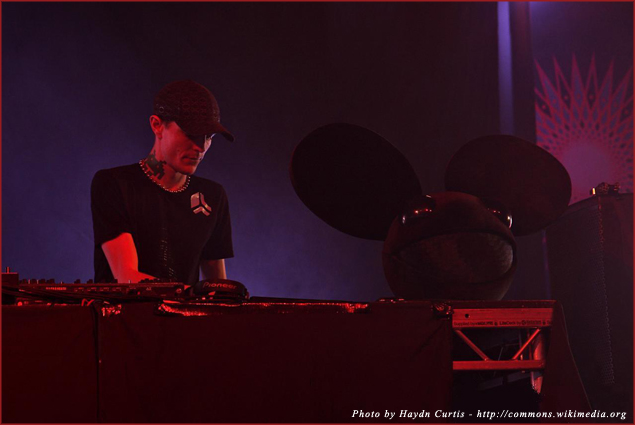 Deadmau5. How do you come up with such a name? Joel Zimmerman, the man behind the mask, literally, found a dead mouse in his computer one day, and well, the name stuck (the unusual alphanumeric spelling is so it can function as a user name for online chat rooms). In 2008 he wore a crystal encrusted variant of the mouse head to the Grammy Awards ceremony, where he was nominated for Best Remixed Recording for his version of “The Longest Road” by Californian house producer Morgan Page. Although he didn’t win, don’t cross him off your list for taking home a Grammy just yet. MTV asked Deadmau5 to serve as the house artist for the 2010 Video Music Awards on September 12 at the Nokia Theater in Los Angeles.

This innovative DJ plays mostly his own material and his sets are closer to what you would call a live performance, often assembling tracks on the fly. “There are no CD’s involved,” Zimmerman explains. “It’s a technological orgy up there and I try and keep it more my music than anyone else’s. If people come out to see Deadmau5 I want them to hear Deadmau5 music.” Zimmerman is not so much at the cutting edge of music technology as he is creating it. He helped write an iPhone app, Touch Mix, which enables you to mix tracks on your own mobile device. Channel your inner Zimmerman—It’s time to get creative.