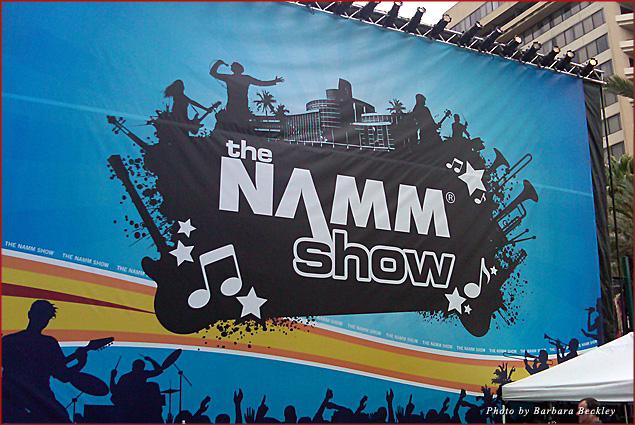 The stories are legendary. “I was talking to this really cool Alice Cooper look-alike,” one delegate related of a previous National Association of Music Merchants (NAMM) convention. “Later I discovered he wasn’t a look-alike. He WAS Alice Cooper!” And there’s the time a few years back when Stevie Wonder was just playing and singing on the showroom floor. 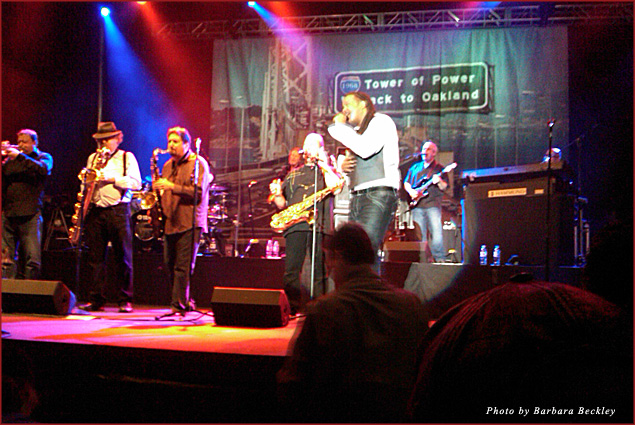 Tower of Power opened this year’s show; Elton John performed privately. “Sure. I’ll give you a ticket—if you’ve sold a few pianos,” the Yamaha products rep told me. Elton played at Disney’s California Adventure’s Hyperion Theater at a private party for Yamaha dealers during last week’s NAMM confab in Anaheim, California. Who knows? Elton might have been working the aisles. I enjoyed a private serenade from Kenny Metcalf, a popular “Elton John, the Early Years” tribute artist. He sang and played his pink piano for me alone. Since I’d be missing Elton’s Friday night performance, he said. “Hmm….” 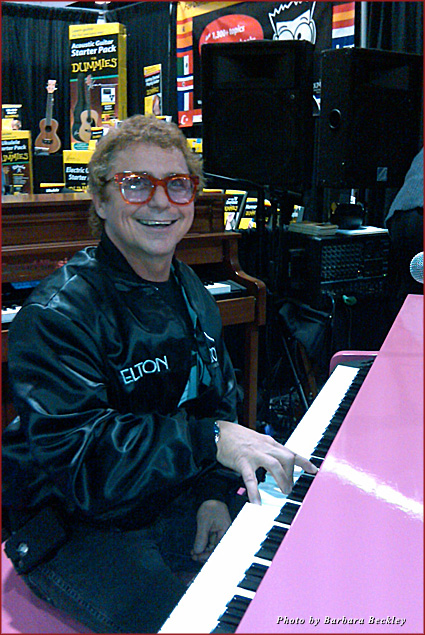 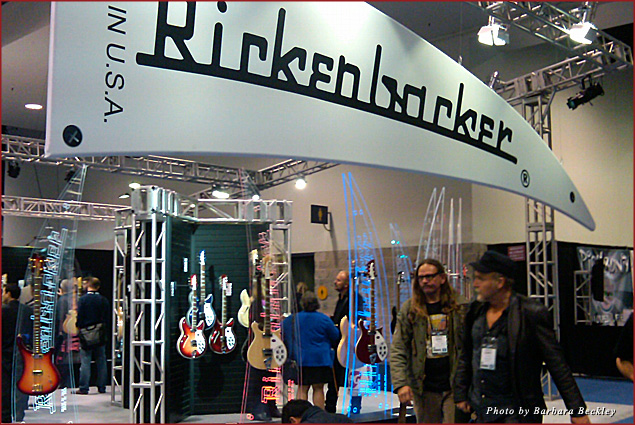 This amazing fusion of music industry talent and trade makes NAMM one of the world’s most sought-after conventions to attend—and one of the few to actively limit attendance. “We turn away more attendees than we let in,” Kevin Johnstone, the jovial yet super-efficient NAMM trade show director, told me. I was one of the lucky 90,000 registrants who made it onto the floor for NAMM 2013, which was held January 24 to 27 at the Anaheim Convention Center. 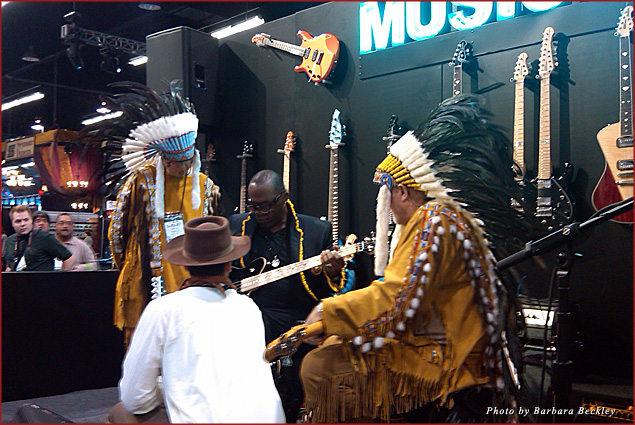 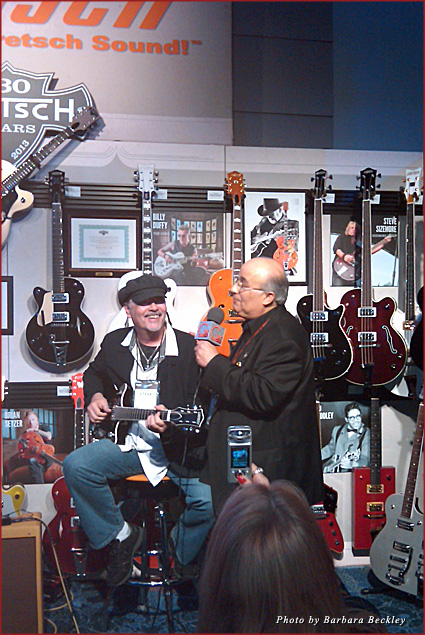 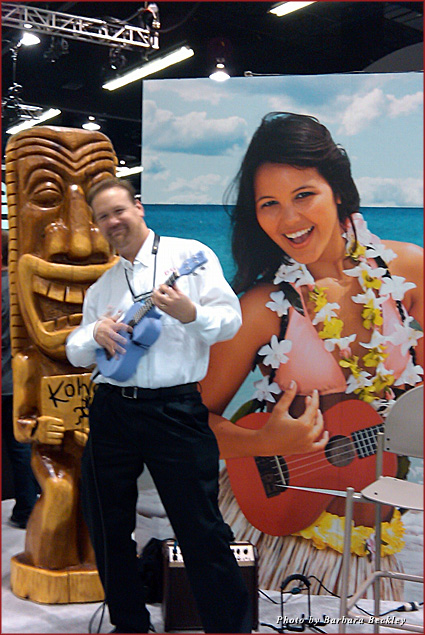 Acoustic guitar riffs, ukulele solos, and drum rolls reverberated through the aisles, played by big and little names. As an average music fan, I didn’t always know the difference. A crowd gathered as Randy Jackson, musician and music producer, tuned up for a solo. Photogs snapped when Latin Grammy-nominated Bernie Williams jazzed it up. “I just saw Jermaine Jackson,” a passerby exclaimed. At the nearby Grove of Anaheim, the second annual Rock & Roll Roast, sponsored by Guitar World and Revolver magazines, put Twisted Sister star Dee Snider in the hot seat. 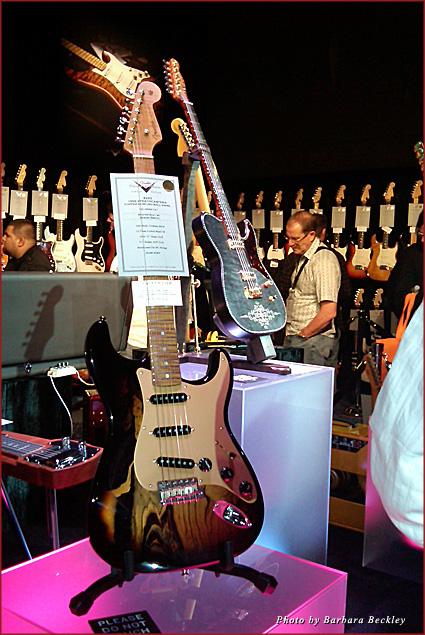 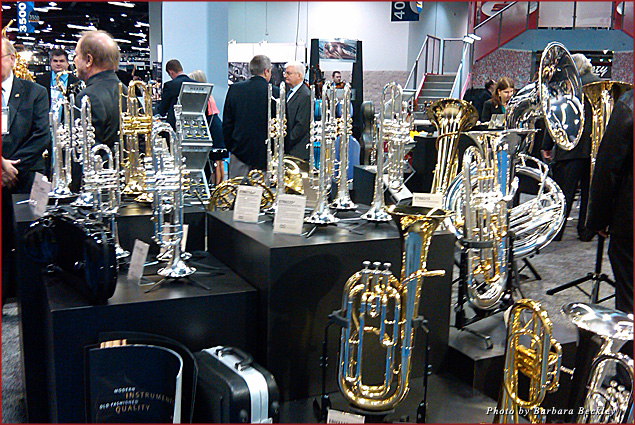 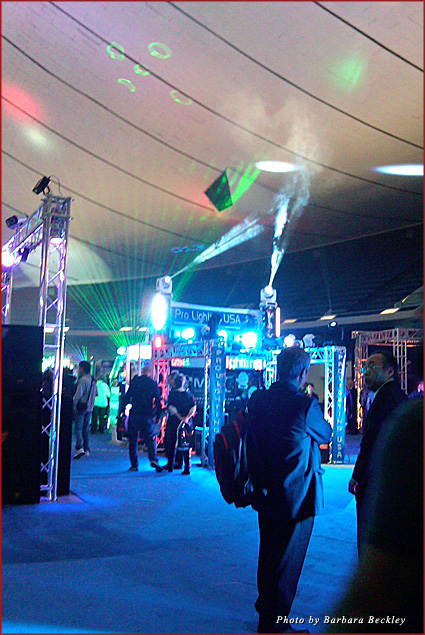 The scene was electric and eclectic. Musical instruments gleamed in hundreds of booths from Fender guitars’ posh second-story spread to Alfred Publishing’s half acre of sheet music. Lasers flashed in the lighting and sound technology section.

Occasional tables offered the necessities—aspirin, breath mints—and cuddly stuffed animals. Plush animals? “Attendees don’t have time to shop for their kids,” the vendor explained. Fender had my favorite product for sale: jewelry. Part of the proceeds went to the Fender Music Foundation, which teaches music to kids in need and made for the perfect excuse to buy a stainless steel Fender guitar charm for $4.

Fascinating people were everywhere. Men and women in impeccable suits, long-haired rockers, tattooed women in cowboy boots, aging hippie guys, vendors in matching golf shirts, all schmoozing from around the world to buy and sell the newest music products. A tall pale man with Ivanovich on his name badge tossed his perfectly moussed blonde hair to emphasize a point, while Svetlana, according to her badge, followed close behind, dressed in fishnets and skin-tight leather.

“Should I know you?” I asked the deep-voiced man with long, black, curly hair and an all-black outfit. He was standing in back of me on the escalator. “Maybe,” guitar player-songwriter Robby Armstrong answered. I made a note to watch for Robby and his band in the upcoming movie, “Gambit,” which features three of his songs. Another intriguing guy—also with dark, rock ’n’ roll hair—turned out to be the Gene Simmons look-alike in a Kiss tribute band. And, he lived near me in San Gabriel … what are the odds?

I was in the front row as Tower of Power wowed the crowd at the Thursday opening night show in the convention center’s new outdoor Grand Plaza. With horns blazing, their sound and moves were as tight as when they burst onto the Oakland music scene in 1968. Afterward, the party continued in the adjacent Anaheim Marriott and Hilton Anaheimhotels, where talented acts entertained in the lobbies and insiders hit the suites for private parties. Caleb Quaye, Elton John’s original guitar player, sizzled at the Marriott.

With only a one-day press pass my musical limo soon turned into a pumpkin. “If you think last night was crazy, wait until tonight,” Johnstone said. But I was already packed. “Not to worry. This is NAMM’s 35th year at the Anaheim Convention Center. And it won’t be the last. Next year,” he promised.

Gems and Treasures in Newport Beach