In Search of the South’s Quirky Festivals 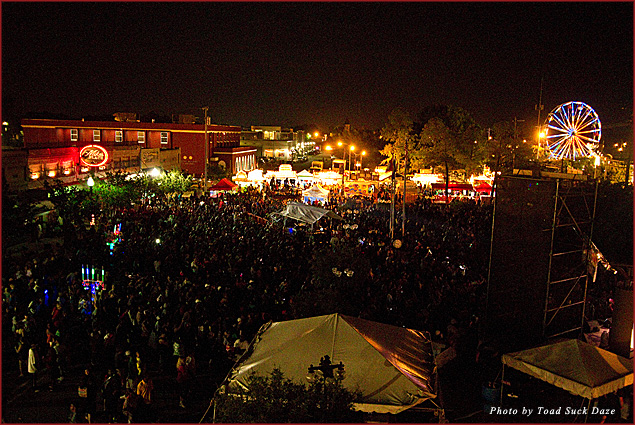 In the mood to celebrate what makes the American South a unique region? May is as good a time as any to head to Dixie, as the first weekend of the month alone features several world-class events from the Kentucky Derby and New Orleans Jazz Fest to Memphis’ May Beale Street Music Festival and Atlanta’s Shaky Knees Music Festival—not to mention a host of small arts and crafts fairs in towns across the region.

But what about the festivals with a little spice and excitement, the ones that celebrate what makes the South a place all its own? The region is known for many things, from manners, storytellers, great music, and food to important authors, a civil rights legacy, and festivals that celebrate them all.

Feel like digging into great food? There are festivals honoring blueberries, okra, tomatoes, RC Cola and Moon Pies, sausage, barbecue (there are a lot of festivals celebrating barbecue), banana pudding, strawberries, and apples. And that’s just this summer.

But don’t think the South is all about food. Festivals are held throughout the year honoring everything from literature, the visual arts, and the art of storytelling to music, Native American heritage, automobiles, and even goats.

In the South—especially its rural, small towns—everyone is either a neighbor or made to feel like one. But that’s particularly the case in the spring, when the azaleas are blooming, children run around grandma’s daisies, and the smell of honeysuckle fills the air. That’s just the right time for downtowns and town squares to fill for festival season.

Southerners don’t just close off the town square, put up a bandstand, and fill the streets with arts and crafts vendors. Sure, there’s plenty of that. But what would a Southern festival be without a little quirkiness?

Here’s a look at some of the more offbeat, fun, and quirky festivals in the South in the month of May. 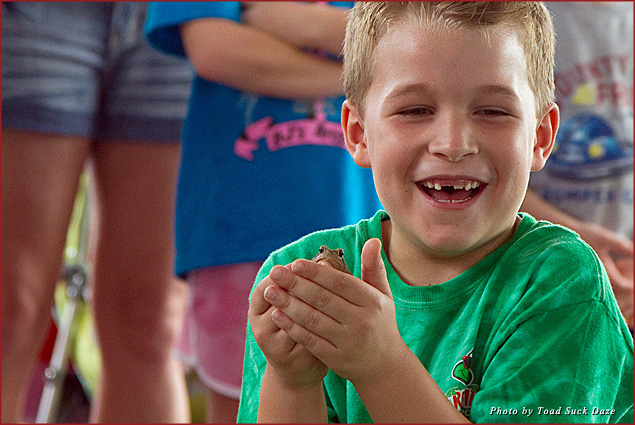 Most festivals, no matter how quirky, can at least be partially explained by the name: Strawberry Festival, Old West Days, Crawfish Boil, Pioneer Days … but Toad Suck Daze?

Yes, it involves toads. No, it doesn’t involve chewing, licking, or sucking them. Like anything else with such a unique name, the festival’s moniker comes from an old legend. A few miles west of Conway along the banks of the Arkansas River is a little spot known as Toad Suck. As the story goes, riverboat captains once tied up at what is now the location of the Toad Suck Lock and Dam along the river. As the crews waited for the river’s level to hit just the right height for the boats to pass through, they sat and “sucked” on bottles of alcohol at the local tavern until they would “swell up like toads.” True or not, the name Toad Suck stuck. 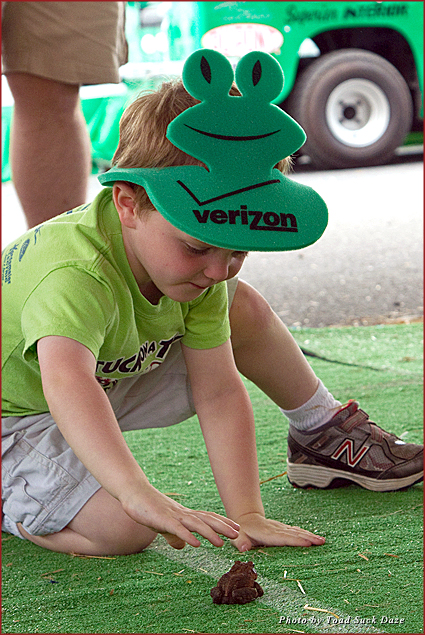 The festival once was located along the riverbanks, but years ago moved to downtown Conway, a city about a 30-minute drive north of Little Rock.

Like most festivals, Toad Suck Daze has games, rides, music, and crafts. But what sets this fest apart is the live toad races throughout the weekend that culminate in the Sunday championship held at the Toad Dome. There’s plenty of cheering, stomping and clapping as the crowd and the toad’s handlers try to get their chosen ones to the finish line first.

Be sure to snag one of the T-shirts or other items for sale at the festival or on its website.

If you can’t make it to Toad Suck Daze, I’d like to suggest driving a couple of hours northeast of Nashville to Celina, near the Tennessee border with Kentucky. Celina is home of Moonshine Daze where pretty much every Southern stereotype is celebrated.

Where to start? Well, there is the Outhouse Races and “Yee Haw” variety show, a shotgun wedding, a truck and tractor pull, an ATV and dirt bike rodeo, a Civil War encampment, a greased pig chase, a greased pole climb, kiss the pig, and oh so much more.

Tim Smith and his son, J.T., of the Discovery Channel’s “Moonshiner’s” fame, are even making an appearance to talk all things moonshine. And don’t believe all the stereotypes about unhealthy Southerners. This festival features a half marathon and 5K runs, as well as a bike ride.

Back to the aforementioned Outhouse Race: Four pushers and one rider race in a single-elimination tournament. These full-size outhouses built to identical specifications even come with a toilet seat. Two teams race along the track as the four pushers scoot the outhouses 60 yards along the Clay County High School track.

Yeah, sounds like a quirky Southern festival to me.

In Allendale, South Carolina, about an hour and a half northwest of Savannah, Georgia, there is a festival that focuses on the arrival of spring with cooter races. What’s a cooter? Well, it appears to be a turtle. I had to look it up to be sure.

According to the festival’s website, the term “cooter” is what’s given to a class of turtles that includes eight species found mainly in the central and southeastern United States. So, no, don’t read anything negative into the name.

The first cooter race took place in 1984 at the steps of the Allendale County Court House. In addition to the title of “World’s Fastest Cooter,” participants now also compete for the titles of “Smallest Cooter” and “Largest Cooter.”

And if watching turtles race all day isn’t enough entertainment for you, there are rides, vendors, entertainment, and even fireworks. 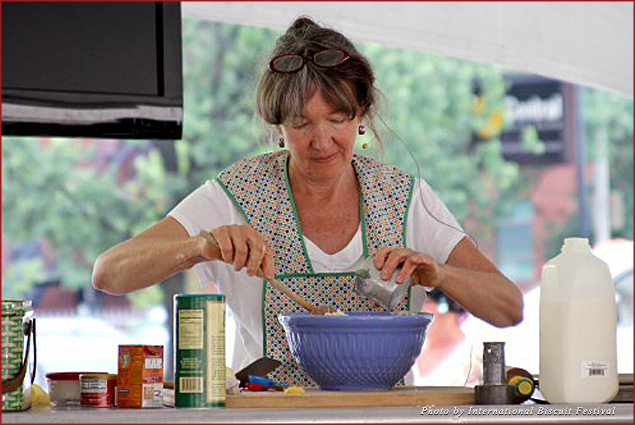 Knoxville, Tennessee, isn’t just home to the University of Tennessee and its rabid fan base. It’s also a gateway to the Great Smoky Mountains National Park. But in May, it plays host to the International Biscuit Festival, a tribute to that ultimate Southern breakfast food item. 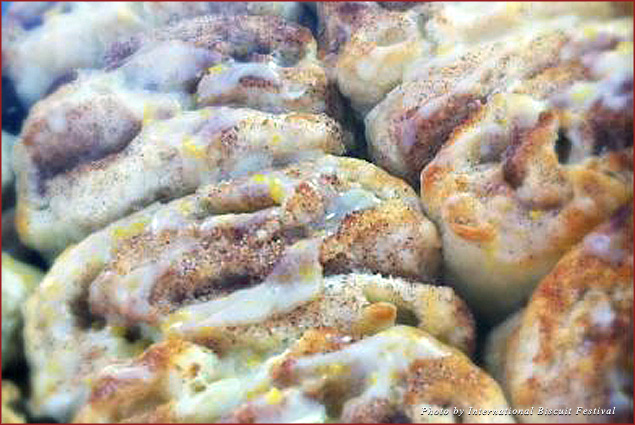 Biscuit Boulevard allows festival attendees to sample biscuits from the Knoxville area’s restaurants. Other activities include a Southern Food Writing Conference, a Miss and Mr. Biscuit Pageant, entertainment, and a special brunch.

In just its fourth year, the International Biscuit Festival has quickly garnered a reputation that takes it from the quirky to the quite serious; Livability.com named it the No. 1 Food Festival in the US.

Here are a few other festivals in May worth visiting if you’re in the region:

It might be South Carolina, but this festival’s centerpiece is a race featuring live Maine lobsters.

How can you not get excited about a festival that features pickle juice drinking and pickle eating contests? Where do I sign up? If you’re looking for something else to do in this region located roughly between Little Rock and Fort Smith along Interstate 40, there are several local wineries to stop at, too.