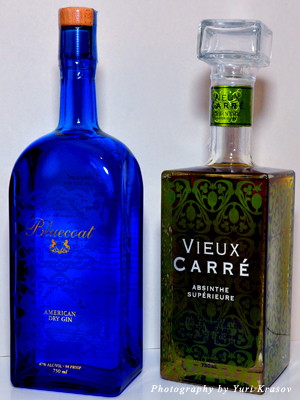 Loved and praised by the turn of the century French poets and artists, and feared by their significant others, absinthe was considered vile and dangerous by the authorities, and banned in the United States. Thankfully, the drink of green fairy is now making a decisive come back.

The first legal absinthe to be distilled, bottled, and sold in the United States in nearly 100 years, Vieux Carré Absinthe, emerald from natural herbs, comes around in a beautiful decanter-style bottle, and is great for classic, long-forgotten cocktails. Try this favorite of the great Ernest Hemingway:

Pour absinthe into a champagne glass. Add iced champagne until it attains the proper opalescent milkiness. Drink three to five of these slowly.

Aromatic, light, and great for mixing, Bluecoat American Dry Gin is made with certified organic juniper berries, orange and lemon peel. It looks as pretty as a royal bride in its royal-blue bottle with charging-stallion-shaped swirls. Try it in this cocktail, as poetic as it is realistically-simple:

Shake hard and strain into a cocktail glass. 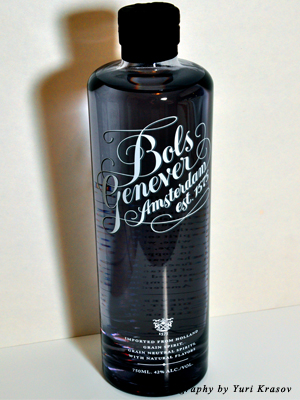 The oldest brand of distilled spirits, Bols Genever, originated in Amsterdam in 1575, is now available and awarded gold medals in America. Made with corn, rye, wheat, and a special maltwine, the mixer-friendly spirit is sold in a handsome bottle with silver lettering, and in a shape resembling ancient clay jugs. It is great with a beer chaser, or in hot punches, but why don’t you try this delicious and protein-rich (see egg white) “breakfast” cocktail:

If wine is something you are more interested in, consider giving a gift of the 2011 San Francisco Chronicle Wine Competition Public Tasting.