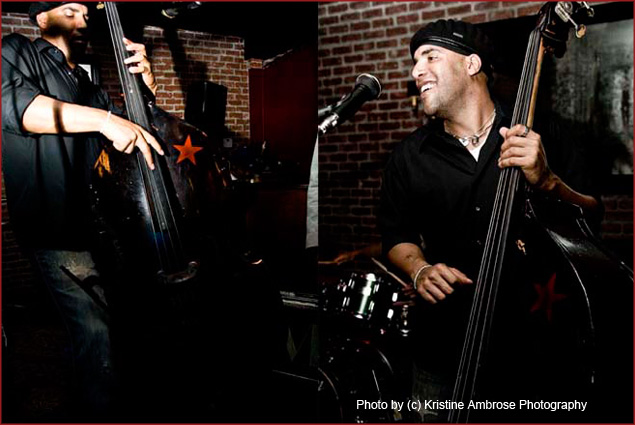 Holding my camera in one hand, I turn around at the tap on my shoulder to greet a new face. I say, “Hey there, what is your name?” He humbly replies, Miles Mosley. Embarrassed by my lack of awareness I back-pedal, quickly admitting my fault in not recognizing him, as my job this evening is to capture him on camera. Before this Piano Bar gig I had seen Miles in concert on a large stage, CD cover photos and magazine articles but his gentle demeanor this evening caught me off guard.

As Miles and the band mates play the first song, I notice other musicians and MC’s start to roll in to the bar and pay their respects. The guest trombone player is actually playing a gig at another venue tonight but walked down the street to the Piano Bar to sit in with Miles and the band on the song, “Abraham.” MC’s approach Miles’ manager with respect and throw down reasons why Miles should invite them up to collaborate. Because she knows of their stature, she agrees to support the impromptu performance. It is a family affair. By now the entire bar is jam-packed with musician greats and music lovers, and Miles is only on his third song of the evening. 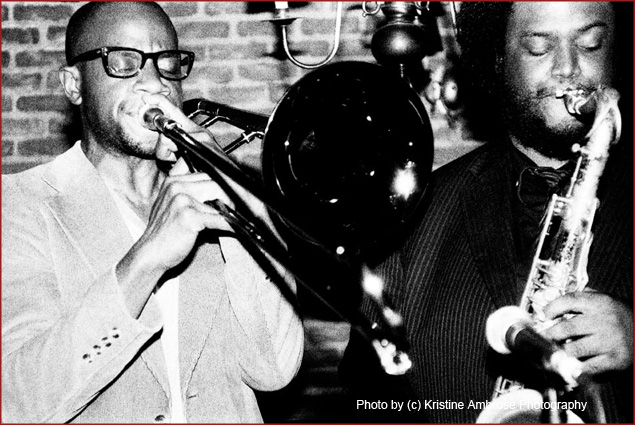 Miles and his band bring a charged presence on stage as they welcome other artists to join them. This creates a beautiful and unique experience for the audience that is enhanced by the uncommon musical expertise found in this area of Hollywood. Miles sat down with Jetset Extra to give us his perspective on why Los Angeles carries such a high level of musical talent:

Miles: Let me say that Los Angeles is a city that had a boom of support of its music programs and rising young talent in the 90’s. Dozens of high school kids, myself included, were privy to some of the best teachers, programs, and professional level tutelage possible, at next to no cost to the student. This means that now, there is an immense talent-pool of musicians that not only are revolutionizing their instruments, but are all friends and have grown – and continue to challenge each other toward the pinnacle of their abilities. There are nights at the Piano Bar where it seems as if a beacon of light has shot into the sky, like someone raised the proverbial bat signal, and all of these talented young musicians come out on the same night, to enjoy each other’s company, make great music and check back in with one another. Those nights are always the most memorable for me because I feel that I am a part of something larger than myself. I feel as though I’m a part of a musical dynasty that may not have been fully realized yet, but will be so celebrated one day. One will wonder how it was possible that such a diverse amount of natural talent was accumulated in so few square miles in the world. 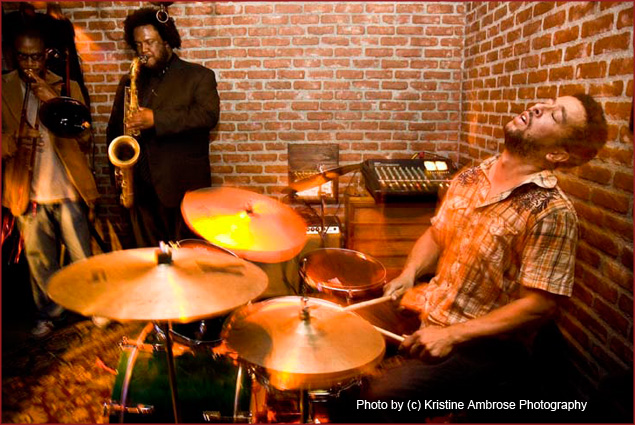 At the corner table sits his Miles’ mother, other band mates and his manager. They invite my friends and I to sit with them and Miles joins us for a chat in between sets. As he answers my questions, I get curious about his humble persona when he is known in the music world as an Upright Bass phenom.

Miles: I have always felt that music is something that musicians receive, not create. I practice long hours and devote myself to this art form, so that when the music comes down to me, my physical self is able to execute its actions, and not be cumbersome or in the way. This means that I, Miles Mosley, have no reason to be overly cocky or stand on a podium of unwarranted confidence since it was not I that was responsible for whatever moments in the music touched people. I was just the vessel of expression for that space in time. I’m usually as excited and enthralled as the audience when something magical happens on stage. When I step off the stage I enjoy talking to the audience about what just happened and the shared experience we all just had together. It took me many years wading through the hubris of my youth to learn how to enjoy the music I make with the audience and not apart from them. 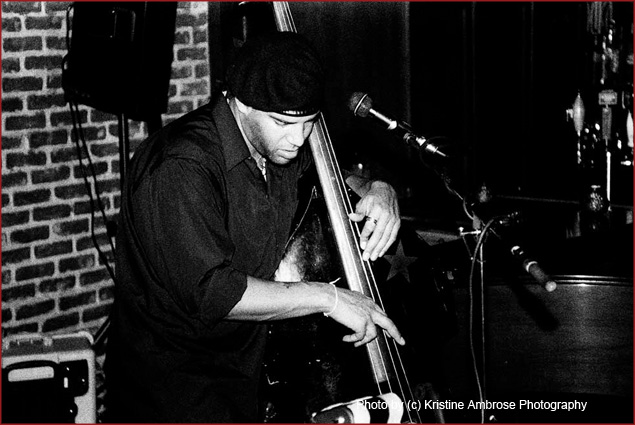 The audience interacts with the band in between sets as if they are old friends. Miles gives us a few of his audience stories he has gathered over the years that have made an impression.

Miles: There have been a couple moments that have stuck with me from audience members. I remember when I was in college I had just finished a performance. I was walking off stage and the father of one of my peers looked at me and said “You know…in 5 years you’re going to be a really good bass player. You’re not there yet, but you will be.” At the time, it struck me as a back-handed compliment but it really stuck with me. Interestingly enough, this year marks 5 years since he said that.

There is also a compliment I get somewhat frequently that is a joy to hear and to witness. Sometimes after a show someone will walk up to me and shake my hand but they won’t say anything. I can see them staggering around their mind and beginning sentences then abruptly stopping themselves. Then, suddenly, they’ll blurt out “What the hell was THAT? I’ve never seen anything or anyone do something like that in my entire life!” It makes me giggle every time. I’ve put many years into the innovation of my instrument and when people hear it, and get it or are bowled over by it, I feel like all the hard work has paid off. 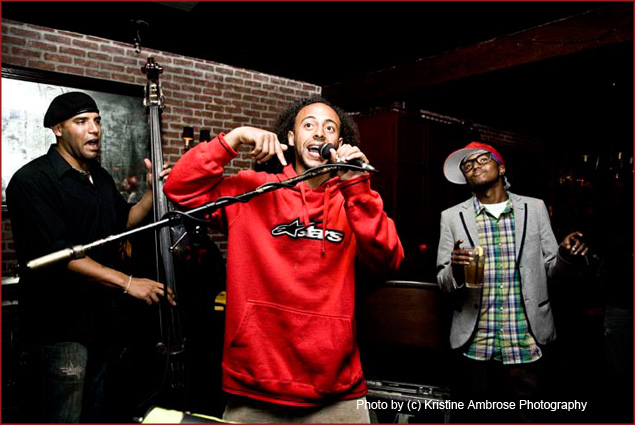 The show at The Piano Bar ended at 1:30am and the crowd started rolling out paying their respects to the band as they left the venue. My friends and I walked up to say goodbye to Miles and the band. We were famished and asked Miles what he could recommend for a late night snack in the area.

Miles: For the best Mexican food in Los Angeles, go to Cactus Mexican Food at 950 Vine Street (1-mile drive) near the Piano Bar. Order tacos, bean and cheese burrito or anything with Carnitas on it and you can’t go wrong.

At 2:30am, with hearts full of music and stomachs full of incredible Mexican food, we drove out of the Selma/Cahuenga area satisfied. 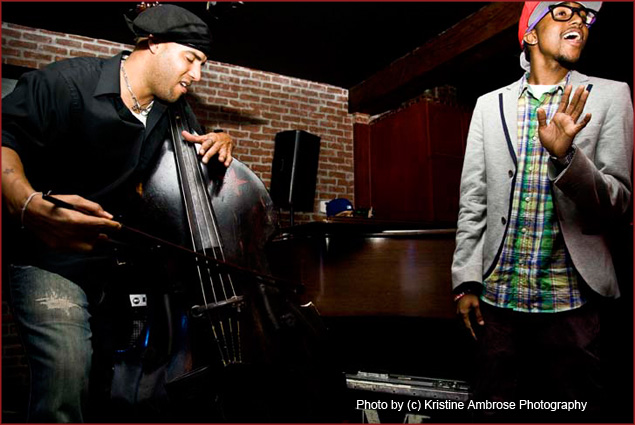