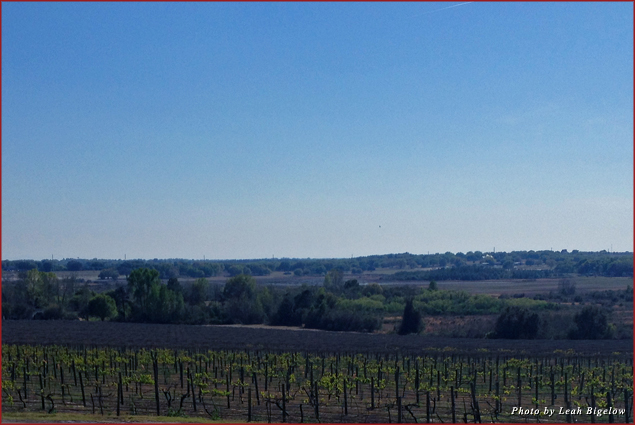 As part of an informal wine club with a group of friends, I was recently tasked with finding a bottle of wine from a winery in North America—from anywhere except for California. While a stop at BevMo or Cost Plus World Market could easily complete this homework, I had an upcoming trip to Orlando, Florida planned and decided to use that to my advantage.

My original goal during the trip to Orlando and neighboring Lady Lake was to stop by a grocery store and see if it sold any local wines. What I found was even better: Lakeridge Winery & Vineyards in Clermont. My travel companions were thankfully as interested as I was in paying a visit to the winery; so off we went to find a bottle of vino to take home for my next club meeting.

We entered the vineyard’s lovely looking Spanish-style building and were immediately greeted by a tour guide who said the complimentary tour and tasting would begin in a few minutes. This gave us time to explore the tasting room, which was filled with wine-inspired T-shirts, kitchen accessories, and bottles and bottles of wine. I browsed the bottles hoping one of them would be worthy enough to share with my club friends and was drawn to the creative names of each one: Chablis, Pink Crescendo, Sunblush. The last one was apparently named in honor of a Florida sunset, and I’ll admit this made me all the more excited to give it a try. 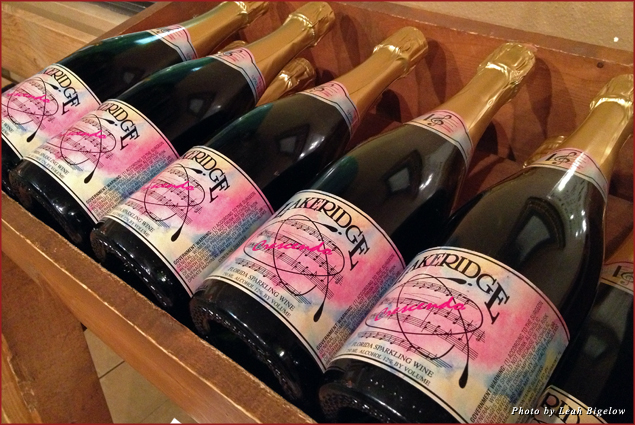 Soon we were ushered into a small viewing room to watch a video about Lakeridge Winery and learn more about its production and history. The winery, which opened in 1989, is Florida’s largest in terms of production. At capacity, Lakeridge’s 44 fermentation tanks hold more than 413,000 gallons of wine (or more than 2 million bottles). We also learned Lakeridge always uses natural corks and ferments its wine in steel, not oak, barrels.

After the video it was time for the tour through the large production room to the back patio for a picturesque view of the vineyard. Lakeridge has planted Florida hybrid bunch grapes (Stover, Suwanee, and Blanc du Bois) and Noble, Carlos, and Welder muscadine varieties, which are native to the Southeastern United States. The hybrid vines, which are good for dry wines, were already showing a little green since they are harvested in June. The muscadine vines, however, were still practically bare during my March visit; their seeds and tough skins mean they need more time to grow and are thus picked in August. The muscadine grapes generate sweeter wines.

We rounded back through the winery to the tasting room to finally try the wines we had just heard so much about. I was curious how they would taste since I had never tried any of the varietals before. 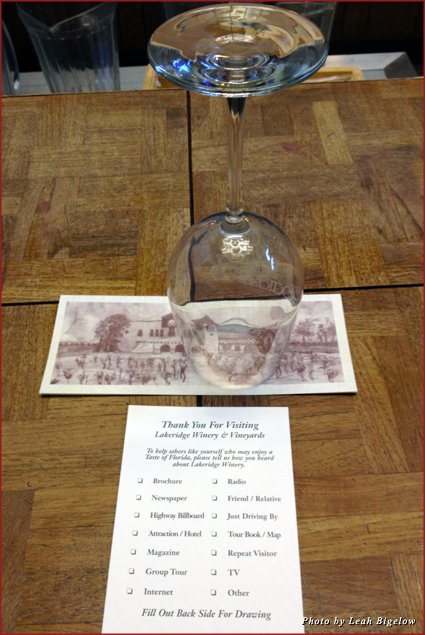 Next we sampled the Chablis, a blend of Florida muscadine grape varieties that was fruity, sweet, and semi-dry; my companions and I agreed it would be good paired with spicy dishes. The Sunblush impressed with its fruity blend of muscadine grapes done in a blush style, while Lakewood’s Pink Crescendo—made in the traditional Champagne, France, method—was sweet, fruity, and ideal paired with dessert.

Lakeridge’s Southern White was distinct with aromas of cream and full fruit. It was slightly sweet and seemed a perfect pairing for cheese. The smooth and fruity Southern Red was served lightly chilled (something I’m not used to with reds); it is made from the muscadine’s Noble variety. Our last wine sample, the Proprietor’s Reserve, was a blend of Noble and Carlos muscadine varieties for a dessert-style table wine. 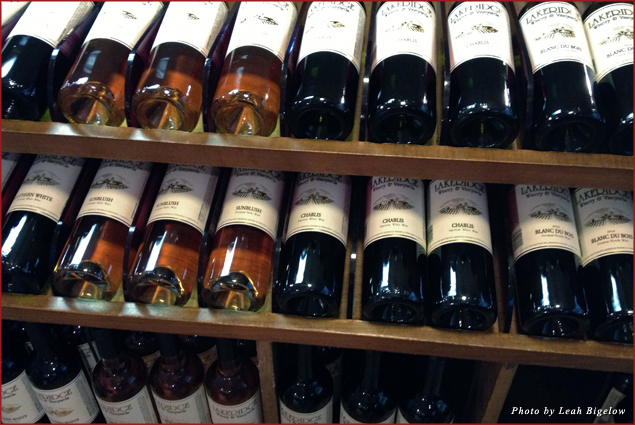 Once we had tasted Lakeridge’s unique wines, I was faced with the difficult decision of which bottle to take home in order to share with my wine class the best representation of Florida wine. Each sampling was enjoyable in its own way, and I finally settled on the Southern Red as my North American wine submission. A bottle of the Cuvée Noir Reserve also made the trip back to California with me to enjoy at home another day.

I was happy I had the opportunity to get a true sampling of Florida-made wine and try something different than the Pinots, Merlots, and Sauvignons I am used to, and the winery’s knowledgeable and passionate staff made the visit all the more enjoyable. Lakeridge also hosts several events throughout the year, including Jazz on the Vineyard Green (May 4-5), the 23rd Annual Harvest Festival (June 21-23), and a Summer Music Series (July 6, 13, 20, 27), which I wish I had the opportunity to attend.

If you find yourself in the Orlando area and are interested in learning more about Florida wines, I definitely recommend making a stop at Lakeridge Winery for a delicious and educational time.