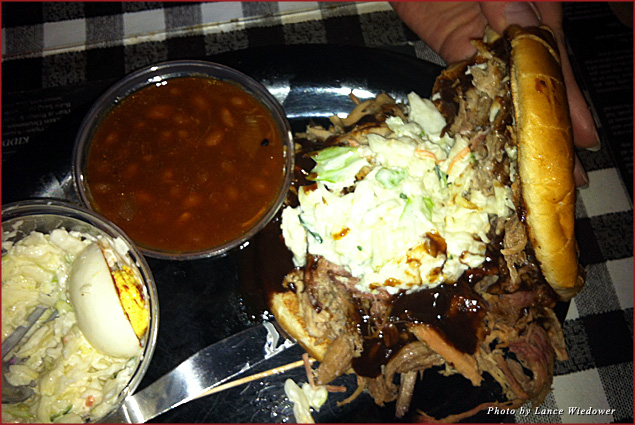 How do you know a city has a soul? Can you feel it, touch it, smell it, or taste it? Close your eyes for a moment. Take a deep breath. Do you smell it? Reach down to the plate and rub your fingers along the rough texture. Do you feel it? Now pick the ribs up, put them to your nose, and take a big whiff. Do you sense it yet?

No? Well, taste it. Let the mouthwatering, fall-off-the-bone goodness that is Memphis barbecue enter your senses. Taste it, and let the soul of this Southern city overwhelm you. Savor it for a moment, and let the slow-cooked—we’re talking hours here—goodness overtake your senses.

Many regions in the United States claim to be home to the greatest barbecue. Sure, Texas has its quality beef brisket. Kansas City, the Carolinas—they too have their own strong barbecue reputations.

But in Memphis barbecue is not something to be done on a Saturday afternoon. Memphians don’t go to the back patio and throw some meat on the barbecue. The word barbecue is not a verb. It’s a noun, the most proper of all nouns in this city of close to 1 million who bow down at the altar of smoky pork goodness.

In Memphis, barbecue represents a way of life. A gritty, soulful, and hardworking city, its barbecue is tender and smoky with just the right spicy kick, much like the city’s people.

In Memphis, as with life in the hot summers, barbecue is slow cooked. The ribs and pulled pork are smoked for hours to achieve perfection. Sure, beef, chicken, and other items can be ordered at Memphis’ many barbecue joints, but you want some simple advice? You have two options, really. Order a pulled pork sandwich, or order ribs. 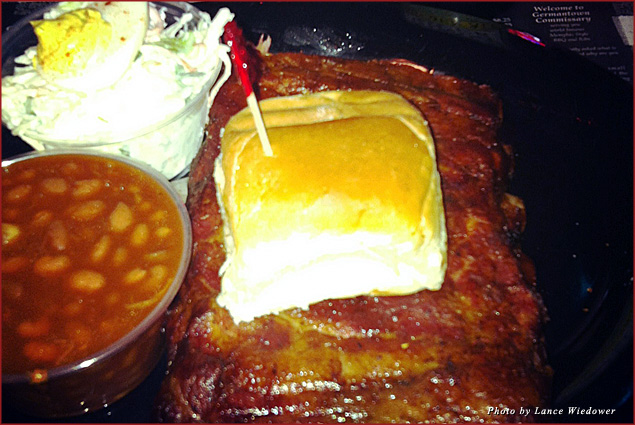 As far as the dry or wet controversy for your ribs, well, that’s your call. Do you want to be a little messy or a lot of messy? Because don’t even think about picking up a fork to work the meat off the bone. Your hands and teeth are all that’s needed for that job.

Still need some convincing? Consider making your way to Memphis in May for the World Championship Barbecue Cooking Contest, held annually in Tom Lee Park on the banks of the Mississippi River. Don’t be shy about joining the party, where tens of thousands of festival attendees are sampling the goodness from hundreds of teams competing in the cooking contest.

It’s not just a big pork barbecue extravaganza; Memphis in May is “the” party of the year for Memphians. Find your way into a tent and you have a ticket made of gold.

Can’t make it in May? Don’t worry; the city has too many barbecue joints to count. And they’re all good. It’s one reason the city is considered one of the most overweight in the United States. But don’t judge; it’s a problem the city is working on. Just have a look at all the new bike lanes popping up around the community.

And remember, you’re visiting, in and out on a vacation. A few meals of barbecue won’t hurt you. Just increase the exercise when you return home.

Need some recommendations? You could ask 10 Memphians for their favorites and you’ll get 12 opinions. You probably won’t go wrong with any of them.

But here are some solid standbys: 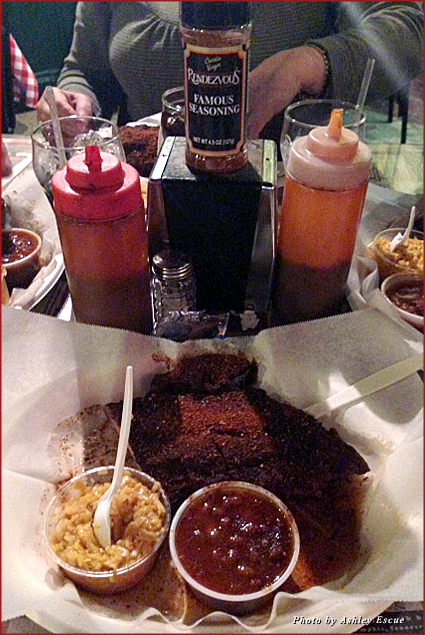 Located downtown in the alley across Union Avenue from the Peabody Memphis hotel, the Rendezvous is big, crowded, and fun. The servers, who play a major role in the second-to-none atmosphere at the Rendezvous, have been there for years; it is one of the most coveted jobs in town. The dry ribs, with the restaurant’s special Greek seasoning, are really good. Try a sausage and cheese plate while you wait. And if you find yourself at nearby AutoZone Park for a baseball game or at FedExForum for an NBA game, hit one of the restaurant’s concession stands, where the barbecue nachos await. 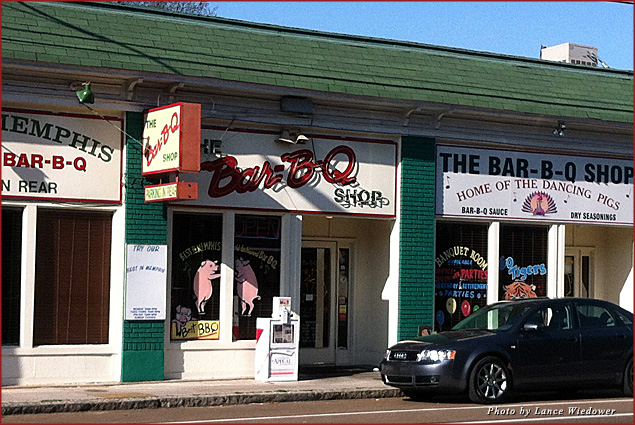 Located on Madison Avenue just east of the end of the trolley line from downtown, the Bar-B-Q Shop has one of the best sandwiches in town. Served on thick slices of Texas toast, this sandwich is goodness on white bread. 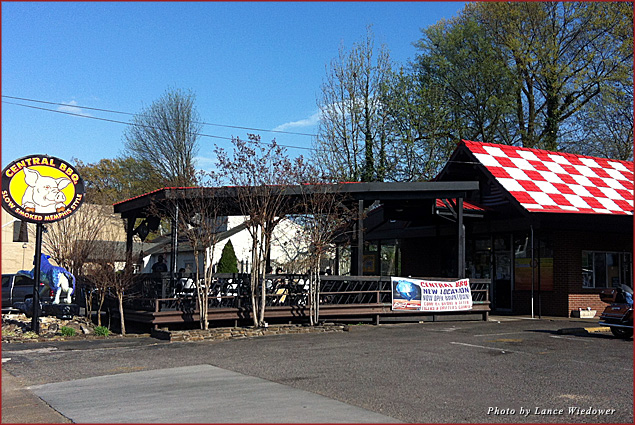 One of the newer restaurants to the city’s barbecue scene, Central Barbecue opened more than 10 years ago along Central Avenue in Midtown. It since has opened two other locations, including the newest one in the past year in downtown’s South Main Historic Arts District near the National Civil Rights Museum. This place doesn’t tell you which sauce you must have; there are several options to choose from at a self-serve counter. There might be a short line snaking out the front door but that’s OK. Hop in and enjoy the conversation with the hip crowd. The patio is one of the best in Midtown. 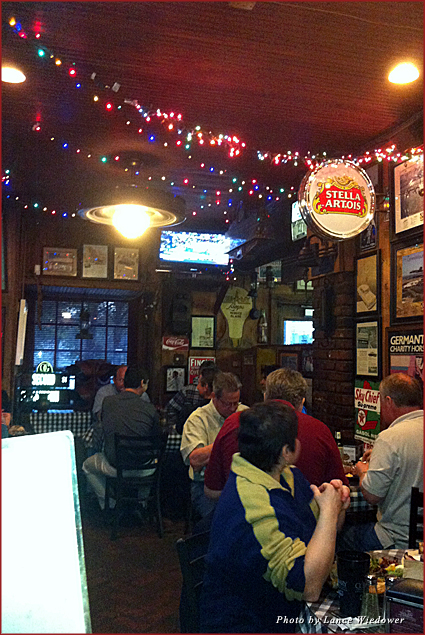 Every barbecue restaurant has good side items. The Commissary in the suburb of Germantown has deviled eggs. And wow, are they good. Of course, the ribs and sandwich are outstanding here. Want to be different? Order the Pig Sticks. They’re just sweet potato fries, but they have just the right touch of cinnamon and a nice honey sauce for dipping. And save room for the outstanding banana pudding.

Corky’s, with its multiple locations in the metro area, is an old standby for Memphians. Needing something quick to eat but don’t want fast food? Go to Corky’s, where an order placed in the restaurant’s drive-thru will come out minutes later. The pulled pork and sides are all delicious. When all else fails go to Corky’s. It’s dependable and good. 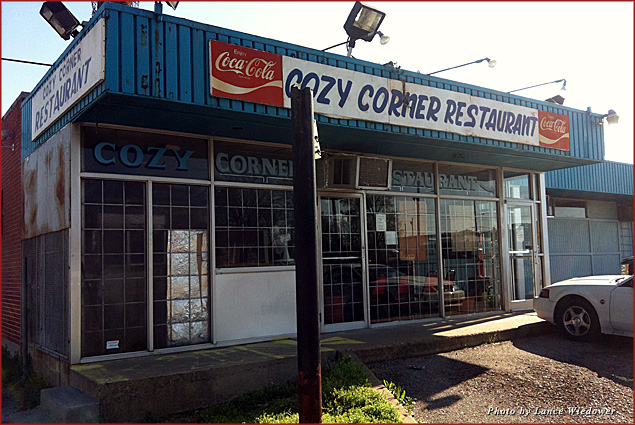 If you’re wondering if Memphis barbecue is only pork (the basic answer is “yes”) head over to Cozy Corner located near the campus of St. Jude Children’s Research Hospital along North Parkway. Cozy Corner is a small, family-run place near downtown’s Uptown neighborhood that serves plenty of great pork barbecue options, but if you want something different order the whole Cornish hen, or even a bologna sandwich.

You really can’t go wrong with any place that sells barbecue in Memphis, but other places to consider spreading the love to include Payne’s, Blues City Cafe, A&R, Interstate Barbecue, and Tops.