Get Ready for the Comedy Central Roast of James Franco 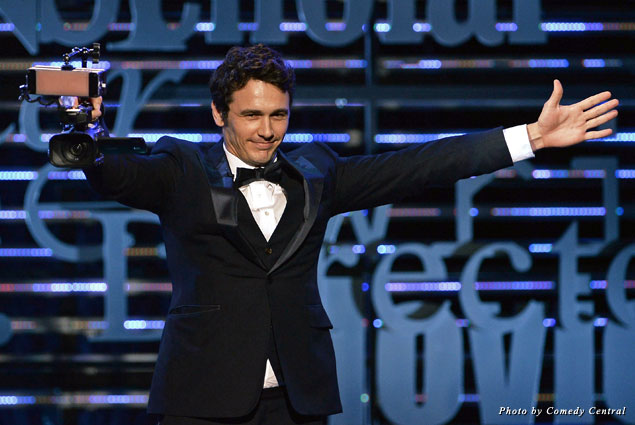 Comedic punches were aplenty at the Comedy Central Roast of James Franco, which airs at 10 p.m./9 p.m. Central on Monday, September 2 (Labor Day). And the mission was clear: to grill one of the more eclectic, if not quirky, celebs around.

Franco. He of the Oscar nomination. He of leading man looks. He of filmmaking, artistry, higher learning, teaching, and poetic fodder.

At first glance, this outing boasts a more youthful demographic, with Roastmaster Seth Rogen at the helm alongside “Saturday Night Live” alums Andy Samberg and Bill Hader (watch him bring down the house with his wild bit). Other notables, including Jonah Hill, Sarah Silverman, Natasha Leggero, Aziz Ansari (nice book deal, man!), and über roastmeister Jeff Ross, brought some new zest into the franchise, and the show could go down as one of Comedy Central’s funniest romps. 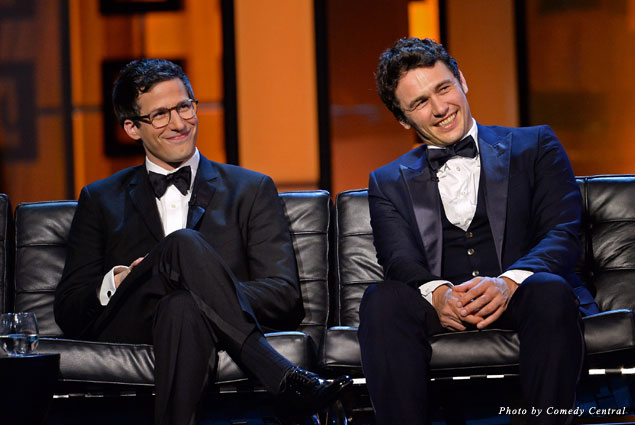 Interactive play and social media fodder doesn’t hurt, either; Comedy Central has unleashed some inventive games and videos on its website.

Yes, it’s all good fun, but one questions lingers: Just how do you roast this “very pretty” James of All Trades?

Being a jet setter, the red carpet beckoned. Take a look at the celebs that zipped by prior to the taping of the roast: