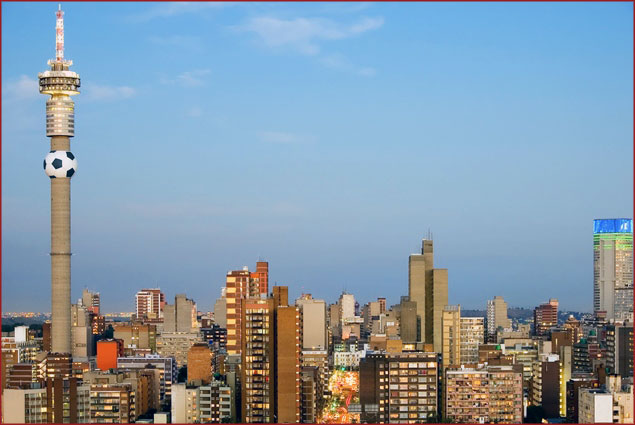 Johannesburg is the economic capital of South Africa, and will most likely be your first port of entry on flights to the Rainbow Nation. Known to locals as Joburg, Egoli (City of Gold) or Mzansi; this sprawling metropolis in South Africa’s Gauteng Province is home to Soccer City (primary venue for the 2010 Fifa World Cup games), illustrious Sandton City shopping, the Johannesburg Stock Exchange, and the revival of the Joburg inner city at Newtown.

Whether you’re travelling from Johannesburg on to the coast, the Drakensberg mountain range, or going on safari at the Kruger National Park, it’s easy and affordable to find cheap flights in South Africa. But if Johannesburg isn’t your final destination, I’d still recommend spending a few days in the City of Gold if your itinerary allows.

While its reputation on the international stage has been largely negative – it’s portrayed as a dangerous, dirty city known for widespread corruption, hijackings, and pollution – Johannesburg is definitely worth visiting even though it has received much bad press when compared to its prettier sister, Cape Town.

The modern Gautrain has made it much easier to get around Johannesburg. In the past, you would’ve had to pay for a taxi or rent a car; nowadays you can get from the airport to Sandton in 15 minutes with the Gautrain.

Currently Gautrain tickets cost R105 p/p for a one-way trip between the airport and Sandton, and up to R125 for a one-way journey to destinations further afield like Pretoria.

When I think of Johannesburg, the first thing that comes to mind is a city with an active nightlife, shopping, and big business. If you’re spending a day or two, then I’d definitely recommend Sandton City for shopping.

A visit to Sandton is easily followed by lunch at Zoo Lake. Zoo Lake is Joburg’s ‘Central Park’ and offers a tranquil setting seemingly miles away from the nearby city. Picnic by the lake or book a table at Moyo for an authentic African dining experience.

If you prefer browsing trinkets and bargain-hunting, then skip the opulent corridors of Sandton City and head to the rooftop market at Rosebank. The Rosebank Market is open on Sundays and has been voted as Johannesburg’s premier market for 10 years running. With over 600 stalls under one roof; clothing, ceramics, arts and crafts, handcrafted items from all over Africa, furniture and jewelry, and an array of mouthwatering delights in the International Food Court and Deli section all combine to bring you a lifestyle experience like no other. 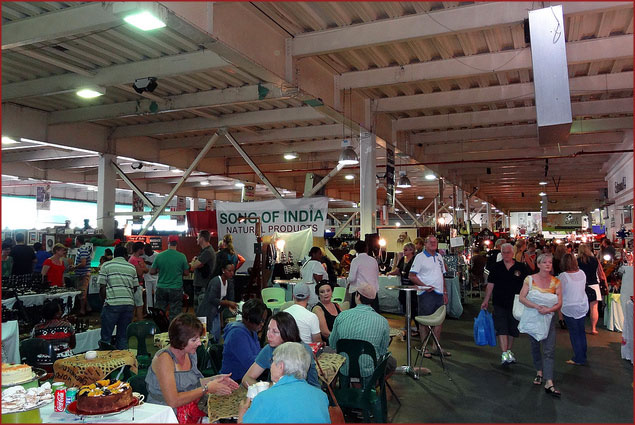 For those inclined to stay a little longer, a day trip to Maropeng in the Cradle of Humankind is a must, followed by late lunch at Hartbeespoort Dam about 45 minutes from the Johannesburg CBD. The land known as the Cradle of Humankindis reportedly where the oldest man on earth was discovered, and the museum at Maropeng is a great experience for kids and adults alike.

Back in the city, make sure you stop by Gold Reef City for the day, especially if you’re travelling with children. Gold Reef City is Johannesburg’s main theme park, and it’s modeled on early Johannesburg – when the city was nothing more than a small mining town. Cruise the replica mining town, ride a penny farthing; but whatever you do make sure you leave time for the exhilarating rides offered by the park.

If I had to recommend one thing for you to do in Johannesburg it would be a visit to the Apartheid Museum in Soweto. If anything is going to enrich your knowledge about South Africa’s tumultuous past, it is the exhibits and experiences you’ll have at this iconic museum. A series of 22 individual exhibition areas takes the visitor through a dramatic emotional journey that tells a story of a state-sanctioned system based on racial discrimination and the struggle of the majority to overthrow this tyranny. 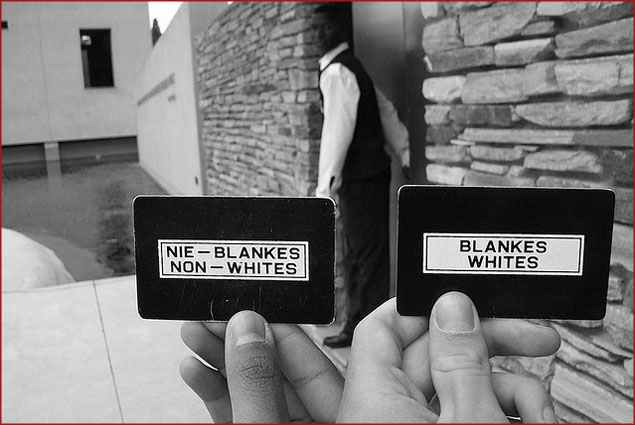 For anyone wanting to understand and experience what apartheid South Africa was really like, a visit to the Apartheid Museum is fundamental.

Search for cheap flights to Johannesburg.