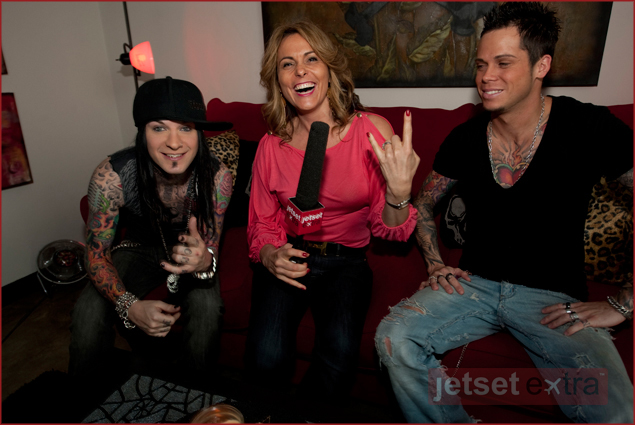 The famed country music singer John Rich was hosting a private event at his newly constructed home in the heart of Nashville. The front of his monolithic house was lit with bright lights and an endless red carpet welcoming the super VIP guests into his private 5-story abode. It was the first time he opened his home to others and it was thanks to our friend Scott Cleveland and his beautiful wife Stephanie that we were invited.

On John Rich’s third floor, the guests swayed to the music of Gretchen Wilson and John Rich. We danced the night away and between the sets of their legendary songs, we were introduced to a few of Scott Cleveland and John Rich’s friends. The two who were the most interesting were Derrick Tribbett, known as “Sinister,” and Branden Mathena, known as “Chi Chi,” from the VH1 reality hit show “Daisy of Love.” Before we left, they invited us to their home for an exclusive interview into their private lives. 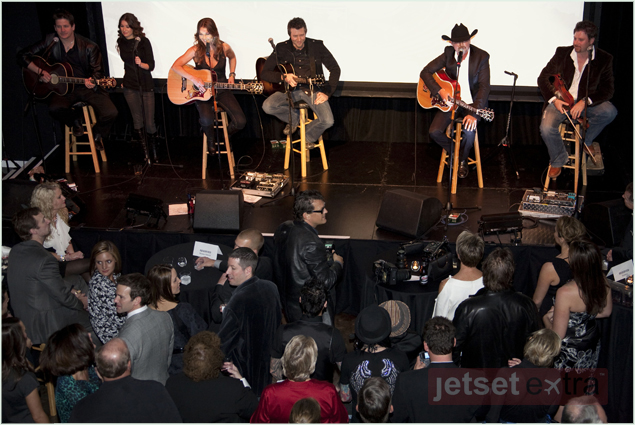 For many, seeing Sinister and Chi Chi on VH1 conjures up drunken nights of lost youth, and it is easy to see why. These two guys are covered in tattoos and dress like rock stars. But is was within the walls of their pristine condo, I learned about two gentle and kind souls who follow their dreams and live with direction and purpose.

Sinister is the singer with a powerful voice and creative prose. Chi Chi, is his best friend and loyal companion. Roots and wings, rock and roll, that’s Sinister and Chi Chi. 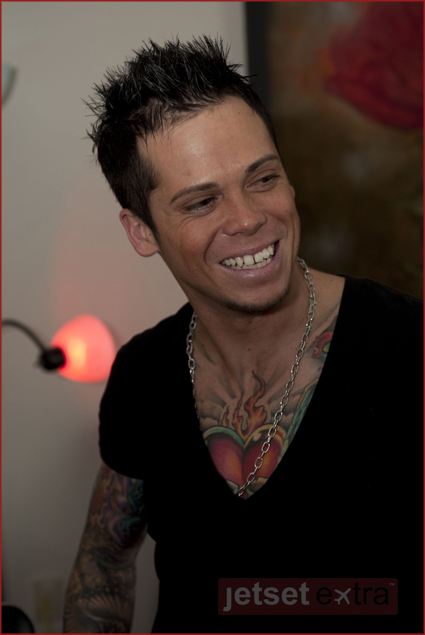 Sinister and I talked about all is tattoo. He shared with me that he started getting tattoos as a personal agreement to his goal of becoming a singer. He said, “I knew that if I did not start getting tattoos, then I could always “fall back” on something else, like a crappy office job that I hated. But with the full-on tattoos I have now, I know that I will never get hired to be anything but a performer. It was my way of sealing the promise of my future.” As kooky as it sounds, it makes a lot of sense. It’s the act of committing to something bigger than your self. And, with Sinister, he literally branded himself as a rock star. Much like, “Fake it till you make it.” Or his version, “Ink it and you’ll think it!” 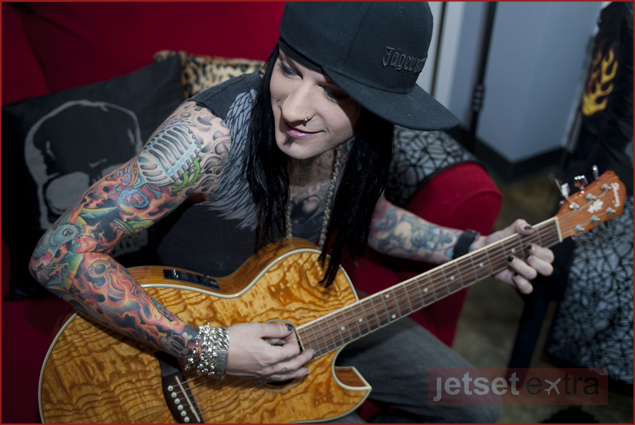 Chi Chi is one of the kindest gentlemen I have ever met. Always grateful and courteous, we can all learn some important lessons from Chi Chi. He has not a bad word to say about anybody and he’s always smiling. When interviewed about his time on the VHI show “Daisy of Love,” the journalist asked him a pretty rough question: “What do you think about your reputation as a brown-noser in the house?”His answer was profound: “I come off like that because somebody will say something negative to me, and I’m just gonna come back with something positive. Because you have this aura, and when you’re negative, bad stuff just feeds back and forth and it’s bad. Negativity is bad, and nothing good can come out of it.” The Tao of Chi Chi in action. Keep positive and don’t let others’ negativity get you down.

After our chat, Sinister broke out into the best Michael Jason impression I have ever seen, we finished the interview we sneak preview of Sinister’s latest music video. The song is not even signed by a record label yet and it has already climbed up the charts. Karma? Perhaps.

They’re clear about their future. Stay BFFs, live in Nashville, or as they call it “NashVegas,” keep performing and moving on up until they are known as rock stars, not just reality stars.