From a Shoebox to the Eiffel Tower 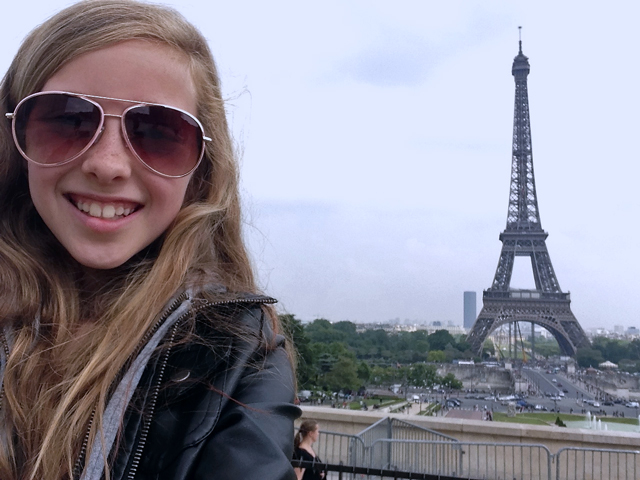 The first full day in Paris began with promise as we carried the momentum from a great night before. The kids were excited, and we were off. After grabbing some croissants at the boulangerie across the street, we walked from our flat in the 9th arrondissement to rue de Rivoli. Molly and I went in to Angelina to try its famous hot chocolate; it’s a must try in Paris, but you’ll want to share it with your group. It is so rich and thick, just a few sips will give you what you need.

We crossed the Tuileries and the Seine and made our way to the Eiffel Tower. We had booked a “skip the line” tour online in advance, and I think it is definitely worth it to find a tour and do the skip the line thing. In addition to jumping ahead of the massive crowds, the tour gives you the history and tells you what you are looking at on the way up and on the observation decks. This particular tour took us to the second level, and then after the tour we went to the summit on our own. 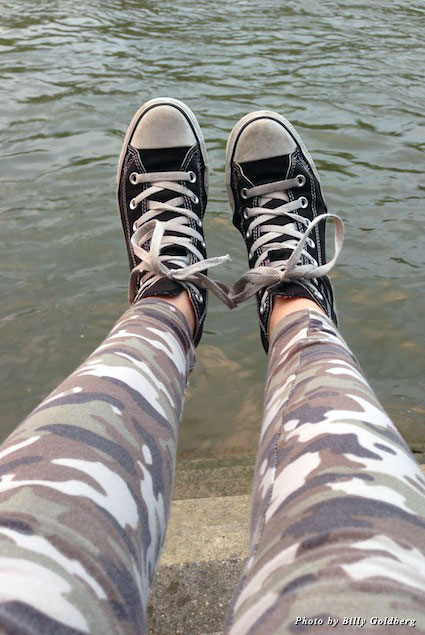 The touring company we used was OK, although I probably would have preferred a tour with a French national as a guide. This particular company doesn’t hire them so some of the info we were later told wasn’t accurate. We believed it at the time, though, and it made for interesting laughs after we learned the facts.

The kids took a zillion pictures from the top of the Eiffel Tower. Afterward, we went to the steps of the Palais de Chaillot and the kids posed for the iconic snapshots of holding the tower from its point. There were smiling faces everywhere. 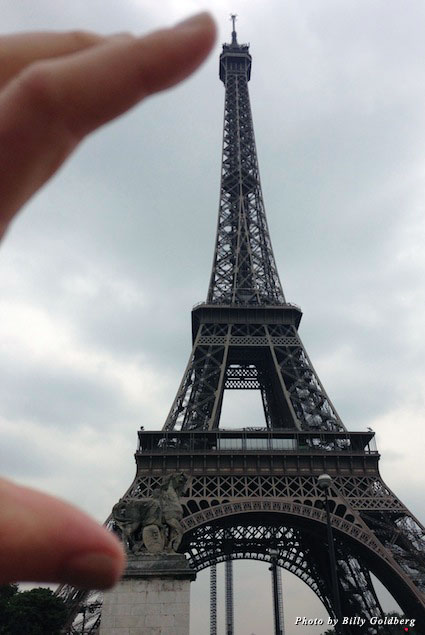 After seeing the City of Lights from Palais de Chaillot, we walked back to the Tuileries. Sophie and Molly looked like giants as French toddlers climbed all over them while they sat on the teeter-totter. Molly and Sophie were connecting with each other and us as they were “just being” without the noise of school, dance, theater, friends, television, phones, SnapChat…. I’m not sure if it was being away from those things or that we were in such a beautiful place, but having two almost teenagers hold your hand is about as good as it gets. 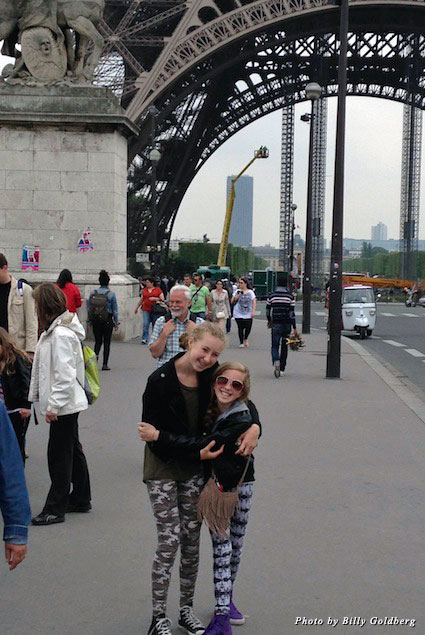 I didn’t need to see another sight, and today we wouldn’t. We walked the entire city and got our bodies adjusted to the time change. We had dinner at a non-descript brasserie in the Marais. French fries for the kids, French wine for the adults. The iconic Berthillon on rue Saint Louis en l’Ile was next for dessert. It was good not great, but that was probably due to inflated expectations.

We had left our flat at 9:30 a.m. and didn’t return until 10 p.m. It had JUST gotten dark—another reason to love Paris in the summer. We needed to get some rest as tomorrow’s adventure included an eight-hour bike tour.

Read about how our trip to see the Eiffel Tower began with a shoebox and find out what we did on Day 3!