Four Saints by Stein and Thomson Descend on YBCA 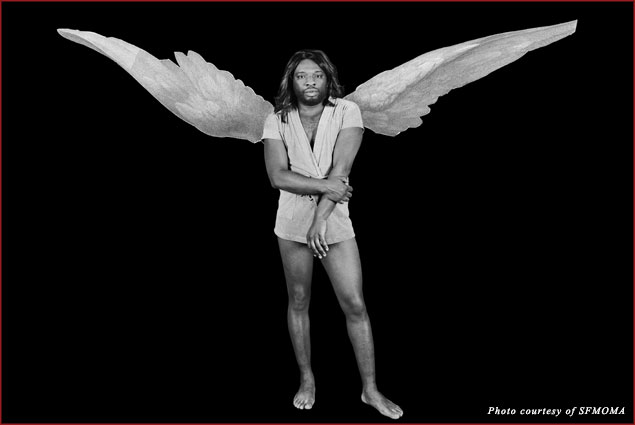 Gertrude Stein wrote her energetic libretto “Four Saints in Three Acts” in 1927 at composer Virgil Thomson’s request. She was inspired by the love of her life, Alice B. Toklas, who was “of the St. Theresa type” with “purity of idolizing emotional passion,” and their memorable stay together in Avila, Spain, Saint Theresa’s birthplace.

Creating his exuberant and exhilarating tunes for the literary material he thoroughly admired, Thomson put Stein’s every word to music, including the stage directions.

Dedicated to “the working artist’s working life,” compared to that of saints, with underlying themes of love and happiness in a harmonious union, the resulting opera became a Broadway hit in 1934 and vastly contributed to America’s recognition of its most quoted writer. “To know to know to love her so.” 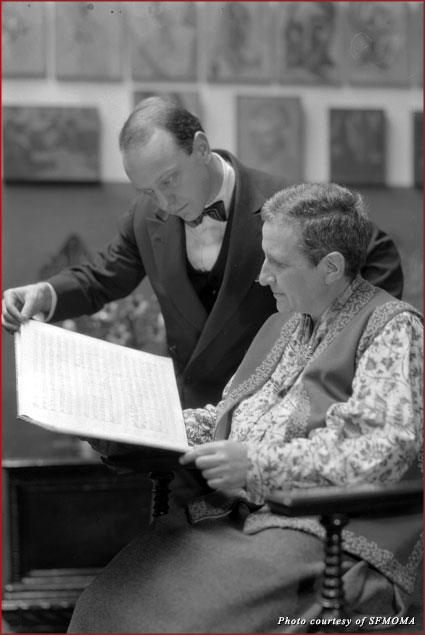 Four Saints in Three Acts: An Opera Installation that includes A Heavenly Act by Luciano Chessa with libretto by Gertrude Stein became the latest addition to the “Summer of Steins” in San Francisco. It started with The Steins Collect: Matisse, Picasso, and the Parisian Avant-Garde, the big summer show at the San Francisco Museum of Modern Art, and Gertrude Stein: Five Stories exhibition at the Contemporary Jewish Museum.

The production is presented by SFMOMA in Association with YBCA. It features Ensemble Parallèle (conductor/artistic director Nicole Paiement and director Brian Staufenbiel); video and performance elements by Kalup Linzy, and follows the life and death of a modern Saint Teresa and her husband, Saint Ignatius.

To quote the composer, for a change, Virgil Thomson advised, “Please do not try to construe the words of this opera literally or to seek in it any abstruse symbolism. If, by means of the poet’s liberties with logic and the composer’s constant use of the simplest elements in our musical vernacular, something is here evoked of the childlike gaiety and mystical strength of lives devoted in common to a non-materialistic end, the authors will consider their message to have been communicated.”