Fort Lauderdale Re-Awakened and Miami to the South 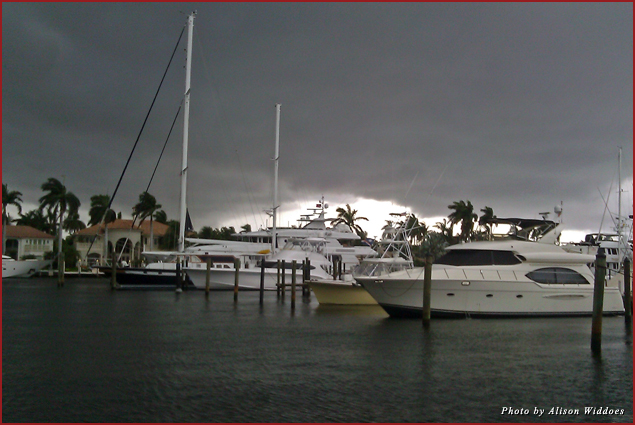 A town of sun, tan, and party, Fort Lauderdale still delivers exactly what made it famous as the number-one spring break destination of the 1980s. Today, it has shed its spring break past and blossomed into a mature city all its own – offering everything from sun-filled beaches and yachting to fine art, shopping, and dining along Las Olas Boulevard. The best-kept secret? Its only 40 minutes from Miami. 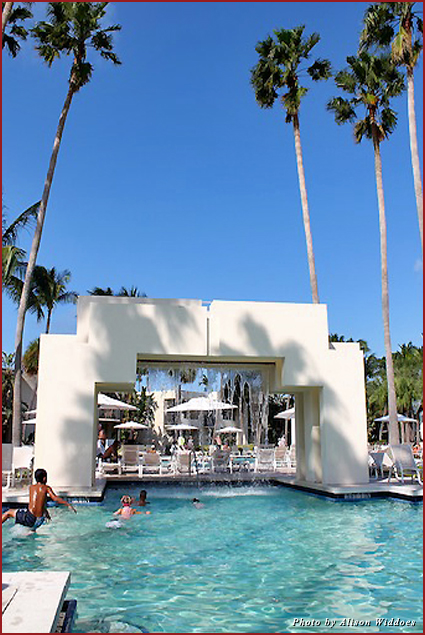 Often called the “Yachting Capital of the World,” Fort Lauderdale is home to over 42,000 yachts, drawing millions of dollars in revenue to the city each year. The display of wealth is surprising and overwhelming when juxtaposed against this unlikely destination. From giant vessels named “The Terrible” to even larger ones named “Milk Money,” there is surely a tale behind every yacht. Situated alongside the famed Intercostal Waterway is the four-star Hyatt Regency Pier 66 hotel. Here, the 127-slip marina is allegedly home to some of the world’s most famous yachts. The Hyatt features three large pools with two waterfalls, a poolside bar, and plenty of chaise-lounge action. Inside, rooms were comfortable with a balconies overlooking the tropical grounds. On the downside, fire ants can be found parading about the rooms. It’s a real problem, especially for a so-called four-star hotel. If fire ants don’t get you jumping in the morning, look out for the tiny lizards skirting about the grounds. If you’re lucky, you may even catch sight of a giant green gecko! Don’t forget your Indiana Jones hat. 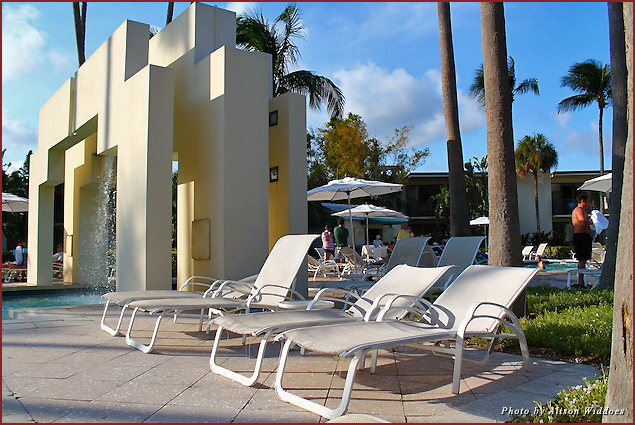 The hotel features several different restaurants and bars, including Grille 66 – where the upscale service matches the clientele. On a Friday night, you can see any number of tables filled with older gentleman who probably all own yachts themselves. Loud talkers and big drinkers, much merriment is made as conversations echo against the tall ceilings. Try the steak frites with a side of spinach – both delicious. For dessert, I’d highly recommend the three-layer chocolate cake with raspberry sauce, which transported me to another dimension where life is about chocolate cake, and chocolate cake alone. For a change of pace, we ventured out to the Dania Jai Alai sports center to watch the unique sport of Jai Alai. Made popular in Spain, it’s now played in several other countries and retains popularity in Florida in part due to its gambling aspect. The game features pari-mutuel betting, which is similar to betting on horse racing. Known as “the fastest sport in the world,” Jai Lai is played in a three-walled court where the ball is thrown at speeds of up to 180 mph with a long wicker scoop which looks like a gigantic banana peel called a “cesta.” The games felt anticlimactic as the empty stadium looked on. No cheers or roars, just empty seats and the occasional disgruntled fan yelling angrily. It seems the sport has seen a dip in popularity of late. I couldn’t help but think the entire center seemed like a ghost-town of sorts, right down to our bartender who could hardly hear us, and who moved mechanically serving us our daiquiris with liquor despite the fact we ordered them virgin. 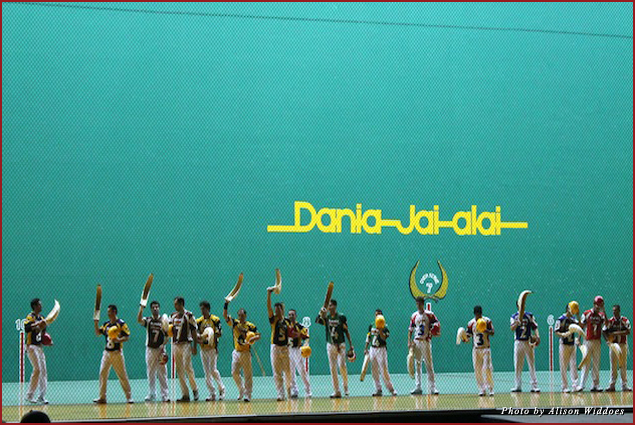 Downtown Fort Lauderdale features Las Olas Boulevard, with shopping, dining, and art galleries galore. The tree-lined streets of Las Olas bustled as couples, families and friends mingled under the night skies. Highlights included dinner at Saint Tropez Bistro, where we enjoyed delicious French cuisine from authentic French staff, along with a live acoustic guitar performance. We also dined at Yolo, which stands for You Only Live Once. If that weren’t entertaining enough, you have to try the off-the-beaten-path Lobster Corn Dog appetizer, just to hear the waitress say “those corn dogs delicious tonight?” That made my trip. 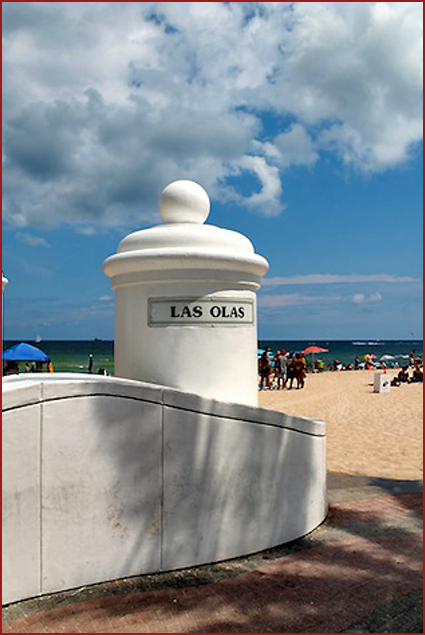 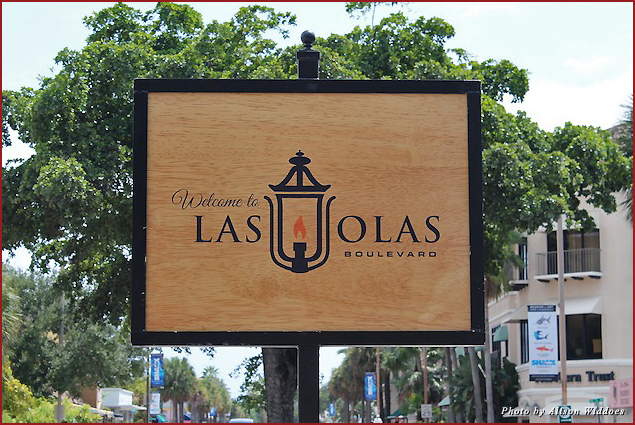 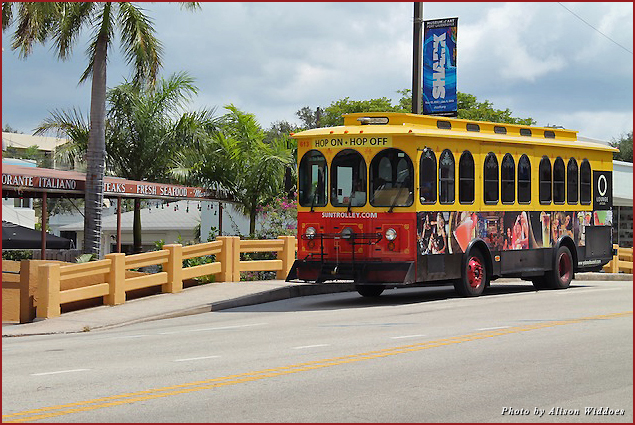 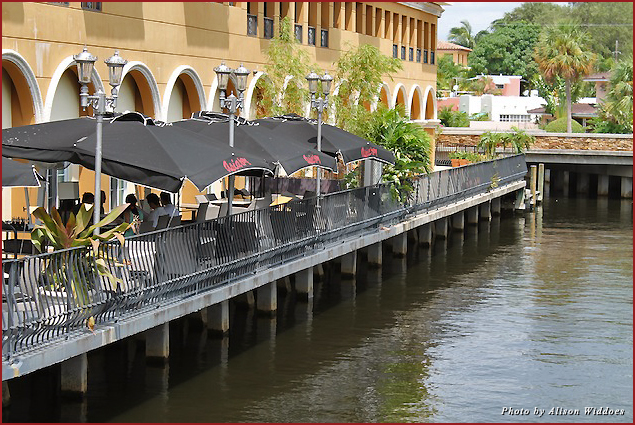 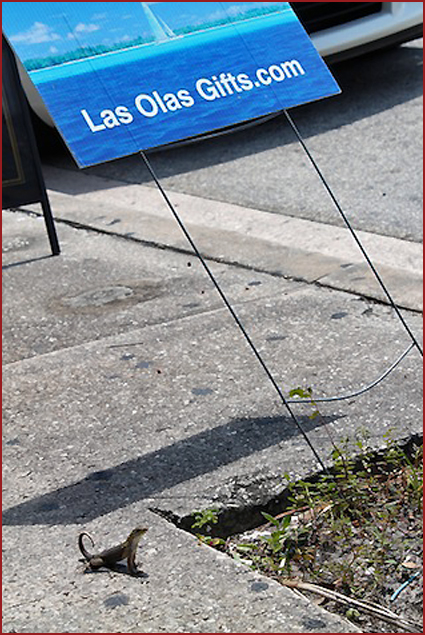 Outside of Las Olas Boulevard, be sure to visit Mario’s Catalina Restaurant, which features Cuban cuisine. The highly adorned interior features chandeliers of all kinds, and large framed paintings from floor to ceiling. You almost got the feeling you were either in a lamp store or a frame warehouse. Kidding aside, the atmosphere is rich, and the place was packed. Ten different servers approached our table throughout the meal, making us feel like royalty. The sangria was deliciously slushy and my entrée, Mario’s “favorite” dish with pork and fish, was delectable. The pork melted in your mouth. At the end of the meal they gave us a bottle of wine to take home and a coupon to return for $50 off a party of four. What’s not to love? Also try the 15th Street Fisheries Dockside Café, where after you eat you can feed leftovers to the ferocious tarpon fish along the dock. These fish jump at the food so aggressively, they make Jaws look friendly. The best-kept secret to Fort Lauderdale was by far its near neighbor to the south, Miami. Budget-savvy travelers can book a hotel in Fort Lauderdale on the cheap and be in Miami 40 minutes later. On Labor Day, I did just this. The bright pastel art deco buildings of South Beach greeted me brightly. For breakfast, I made my way to the The Front Porch Cafe on Ocean Drive. Seated at the bar, I could feel the outdoor breeze and had plenty of space and service to order breakfast without dealing with the crowds at the tables on the porch outside. The migas was delicious, a dish consisting of scrambled eggs mixed with strips of corn tortilla, various spices tomatoes, cheese, and salsa. 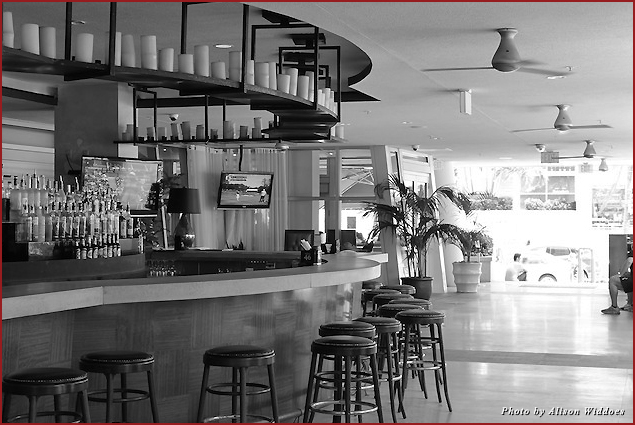 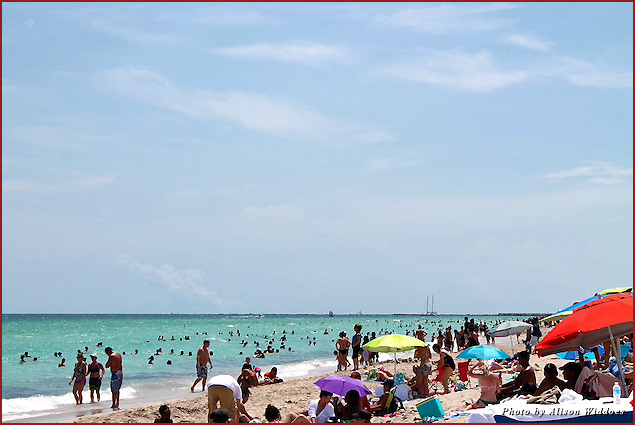 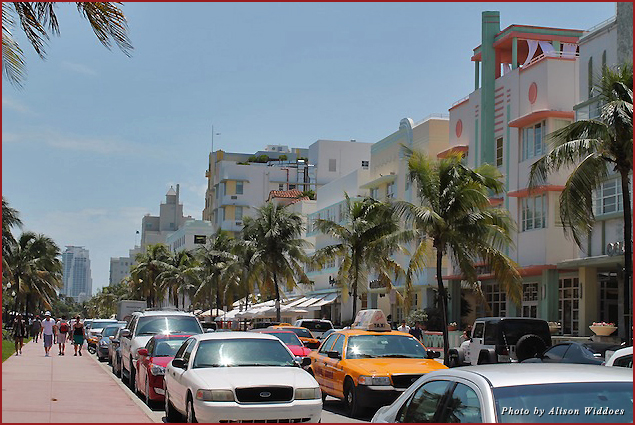 Taking a stroll down Ocean Drive, I walked out onto Miami’s South Beach shore and was struck by the stunning blue of the water. The beach was crowded and festive as parasailers glided over the skies above. Afterward, I took Ocean Drive by foot, touring the history and architecture of the art deco hotels with an audio tour via iPod from Miami Design Preservation League. Many of the hotels were built just after World War II and feature a distinct art deco or Mediterranean revival style. The streets were packed with those eating out or walking the streets, where you could hear the mix of both Cuban Spanish and English mingling in the air. Fort Lauderdale surprised me with its myriad of activities and options, so if you’re in the area and decide to visit, I’d highly recommend a night of shopping and dining along Las Olas Boulevard with a meal at Saint Tropez, and then venturing off Las Olas to dine at Mario’s Catalina Restaurant for authentic Cuban cuisine. I’d also recommend checking out the sport of Jai Alai if you enjoy gambling and the quirkiness of of a sport only played in Florida. Be sure to visit Miami South Beach as it’s too close of a neighbor to miss! Visit sunny.org for more information on visiting Fort Lauderdale. 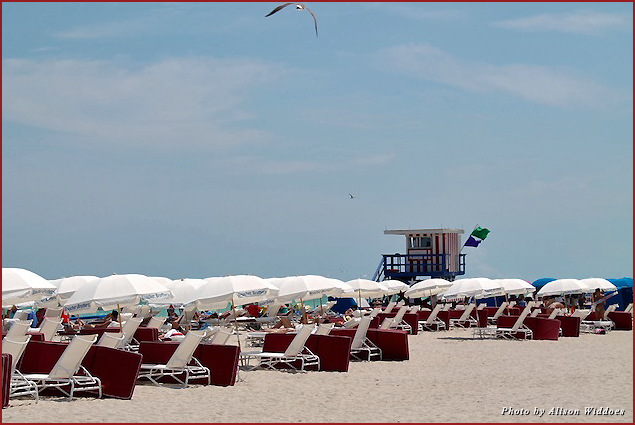 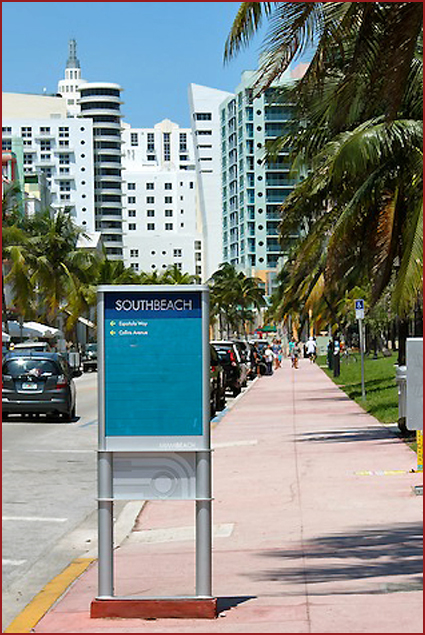