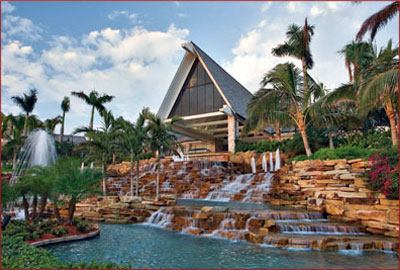 As a Florida native and an avid explorer, I thought I had seen all there was to see in my home state. But a recent trip to Marco Island, just off the southwest coast of Florida in Collier County served up a delightful surprise — from touring the Everglades by airboat to strolling along one of the most tranquil beaches I have ever seen, I learned just why it has been dubbed Florida’s Last Paradise.

After an easy, two-and-a-half-hour drive from Miami along the Tamiami Trail (US Highway 41), we arrived at the Marco Island Marriott Beach Resort, Golf Club and Spa, our home base for the duration of the trip.

The hotel’s Balinese-inspired architecture and decor gives it a laid-back, homey feel despite sprawling grounds that boast 727 guest rooms. We were met by friendly staffers who greeted us with “welcome to paradise!” and you could tell they meant it. But still, I was skeptical — aren’t most seaside locales described as paradise? 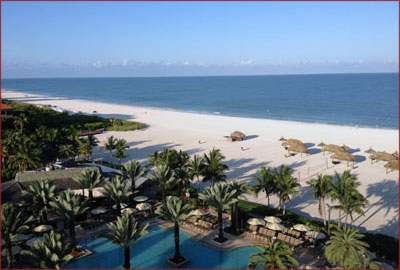 Despite my slight skepticism, I was excited to see what awaited, so I headed to my room. The first thing I noticed was an amazing view of one of the most tranquil beaches I have ever seen. A wide strip of pristine white sand stretched on for miles and miles, and if that wasn’t idyllic enough, the sand led to shimmering blue-green water that was strikingly calm. I breathed in the fresh, salty air blown in from the Gulf of Mexico, and I realized the paradise claims aren’t just claims. This place, quite simply, is paradise.

The first evening we dined al fresco at Quinn’s on the Beach, one of the hotel’s nine restaurants. A beachside bistro and bar with a relaxed-yet-festive atmosphere, it provided a fun setting to leisurely sip cocktails (the blackberry lemonade was one of my favorites!) and nosh on dishes with tropical influences.

I’m mostly a vegetarian, but I do eat some seafood, and there were plenty of options from which to choose — at Quinn’s and the hotel’s other restaurants and bars, too. During our stay we also sampled tasty brick oven pizzas and flatbreads at 400 Pazzi’s and has a wonderful fine dining experience at Kurrent’s, where Executive Chef Juan Martinez served up a spectacular meal full of fresh seafood with Florida and pan-Asian flair (think dishes like citrus-glazed Chilean sea bass and scallops with corn flan and morel mushrooms).

Another must-stop at the hotel is the luxurious spa, which offers a variety of indulgent Balinese-style treatments. My favorite part about the spa was the private, newly renovated pool deck, complete with a holistic mineral soaking pool. I couldn’t think of a better way to relax after action-packed days spent exploring.

Sailing and Shelling off the Coast 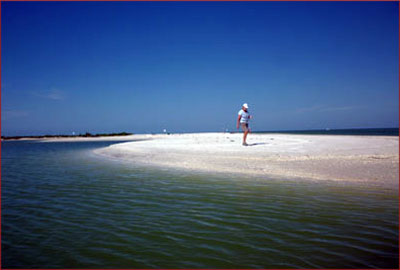 The first adventure trip we embarked on was a sailing trip onboard a specially-made catamaran. Organized by the hotel, it was a great way to get the lay of the land, spot several bottle-nosed dolphins, and collect some fantastic shells! I scooped up several gorgeous ones from a shell-packed sandbar, the only stop on the tour where we disembarked. 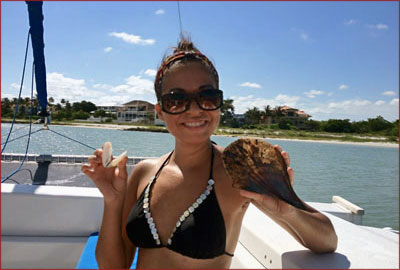 I have done a lot of shelling on Florida’s coast, and such an abundance of gorgeous, intact shells is a rare goldmine. Our experienced guide, Captain Tom Williams, was enthusiastic and knowledgeable (he’s also a writer and authored the book “Lost and Found” about seafaring explorers), which made for a delightful afternoon.

Next up: A jet ski excursion with Marco Island Water Sports to explore the Ten Thousand Islands, a chain of islands and mangrove inlets a short ways off the coast. Everyone in our group, including the true beginners, opted to participate in this portion of the trip, and everyone had a great time! The top-of-the-line Yamaha WaveRunners were easy to maneuver, surprisingly stable and accommodating to all skill levels. 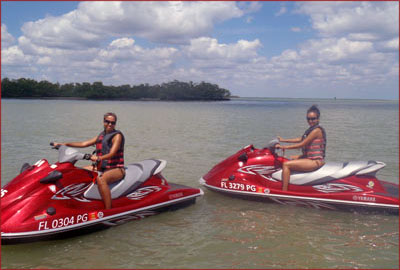 Being out in the open water was an exhilarating, high-speed treat. We jetted around the mangrove forests and spotted bottle-nosed dolphins (we saw more on this trip than we did the sailing tour), alligators, exotic birds, manatees, and even nurse sharks!

Although the 90-minute tour was enough time to take everything in, I could’ve stayed out there for hours. We were told that if you have enough fuel you can jet all the way to Miami. Next time! 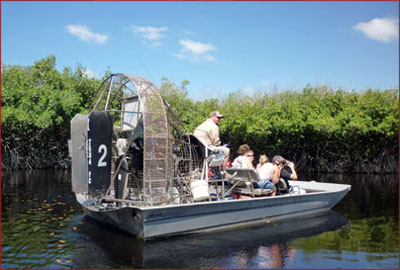 Following a jam-packed day of shelling and jet skiing (they are doable in one day if pressed for time—just be sure to bring lots of sunscreen!), the itinerary for the next day included an Everglades excursion with Naples Transportation, Tours and Event Planning.

Our energetic guide, Kenny Hill, picked us up from the hotel and after a scenic drive filled with entertaining anecdotes, we arrived at the airboat dock. Airboats are powered by a single, airplane-style propeller (don’t worry, there are headphones on-board to block out the noise) and feature a flat bottom, making it the best vessel for traversing the fragile ecosystem. 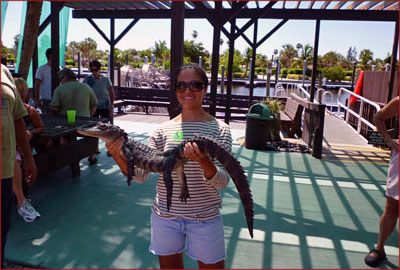 We set out on the exciting trip, gliding through mangrove tunnels and Indian trails, spotting plenty of alligators along the way, a couple of which came right up to our boat! The Everglades has a mysterious quality to it, with thick forests of resilient mangrove trees creating dense walls that only tiny animals can navigate through.

While there, you get a sense that it’s an undisturbed place not many people get to see, and you’re left with a feeling of wonder and awe. Post-tour we were given the opportunity to hold a baby alligator! It felt just as you would expect, scaly and cool to the touch. 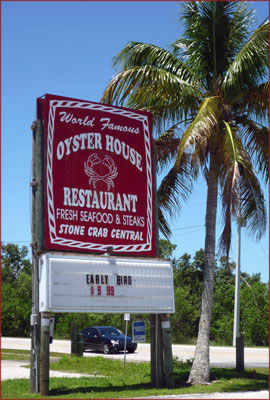 From there, we headed to lunch at the Oyster House Restaurant, a local favorite, where they served up two delicacies: alligator and key lime pie. I didn’t try the batter-fried alligator, but I was told it tasted like chicken. The key lime pie, on the other hand, was absolutely delicious. 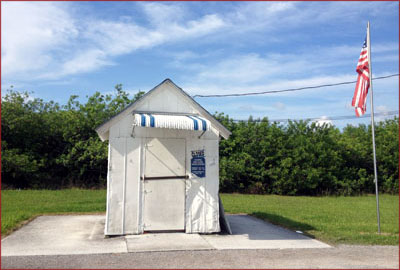 No matter if you choose to fill your trip with activities, or if you opt to spend it relaxing on the beach, a visit to Marco Island is truly a unique experience. It has a vibe different from the rest of Florida, and it’s almost as if you’re seeing the land as the Spanish explorers did (they named the island San Marco).

Rich in history, from the nearby Miccosukee Indian Reservation and charming Everglades City to the country’s smallest post office in Ochobee, Marco Island and the surrounding areas offer a chance to explore the Sunshine State in a way you’ve never experienced it before.