Florida Spring Training Baseball: Where Every Team Is a Contender 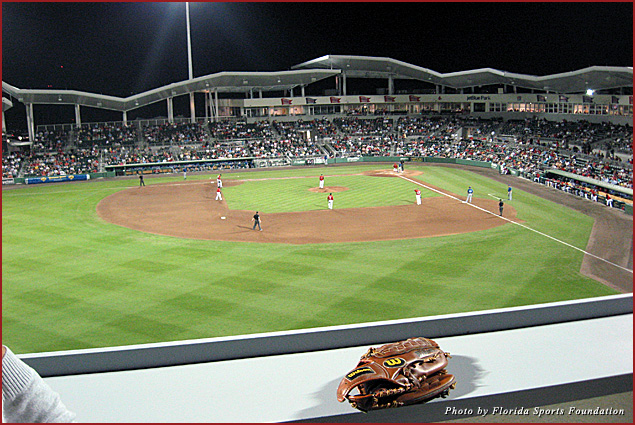 A true baseball fan knows the best place to get the scoop about your favorite team’s fortunes for the coming year is at spring training. There’s no better place to watch baseball in March than in Florida during Major League Baseball spring training. It’s a time to find out about players acquired in trades or via free agency over the winter, or to get a first look at an up-and-coming star within the organization.

The late, great Harry Caray once said, “It’s the fans that need spring training. You gotta get ’em interested. Wake ’em up and let ’em know that their season is coming, the good times are gonna roll.”

The good times are gonna roll in 2013 as the Florida spring training season marks the 125th anniversary of when the Washington Nationals ventured south to the Sunshine State for the 1888 season to work out the kinks from the winter. They played for two weeks in Jacksonville against local teams.

Things have changed drastically in 125 years. Now 15 teams play in 14 Florida locations in stadiums with first-class amenities before thousands of fans. Florida spring training stadiums range from quaint and comfortable to large and more modern with all of the latest amenities. Depending on the ballpark you can find yourself with a little more than 5,000 other baseball fans or nearly 11,000. 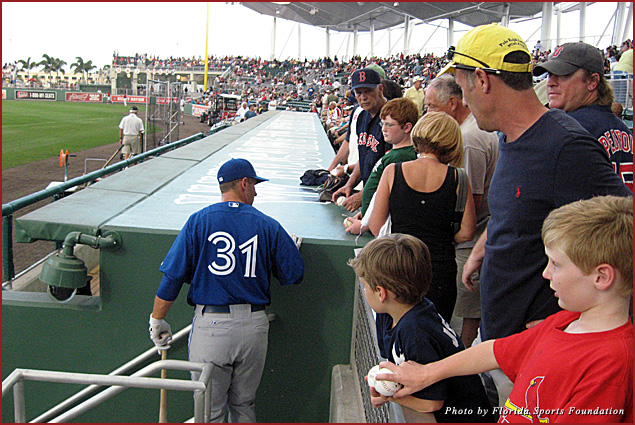 Fans are closer to the action at spring training games, with players wandering over to sign autographs during pre-game warm-ups and after games. The teams and host communities share a bond in the Florida Grapefruit League, as it has become known.

Eight of the 15 teams have called their host community a spring home for more than 25 years, with the Detroit Tigers and Lakeland leading the way. The 2013 season will be the 77th year the Tigers have reported to Lakeland for spring training, the longest relationship between a team and host community in Major League Baseball. Wander through the parking lot at Joker Marchant Stadium to see how many Michigan license plates you can find. Strike up a conversation with a neighboring fan, and there’s a pretty good chance they’re from Michigan or they have been coming to Lakeland to see the Tigers for many years. 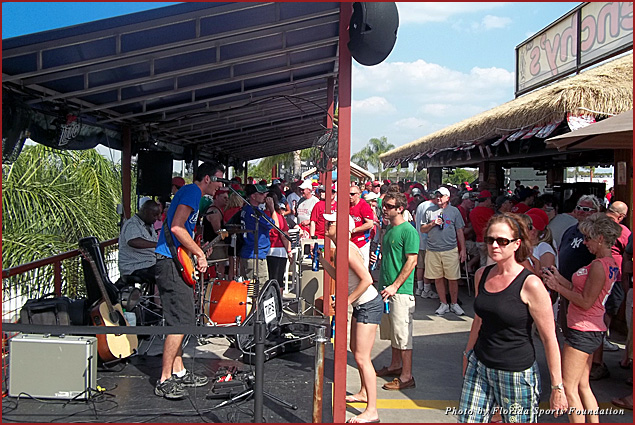 Florida spring training games are a place where three generations of baseball fans can be found. It’s not unusual to see a grandfather, his son, and his grandson seated together rooting for a team that has been a family favorite for years.

The afternoon games are a place to boast about how many games you’ve attended and all the teams you’ve seen. After all, during the spring training season, every team is a contender for the World Series and every player is a potential All Star. Fans speculate whether or not the batter coming to the plate can hit .300 or if the pitcher on the mound can win 20 games. 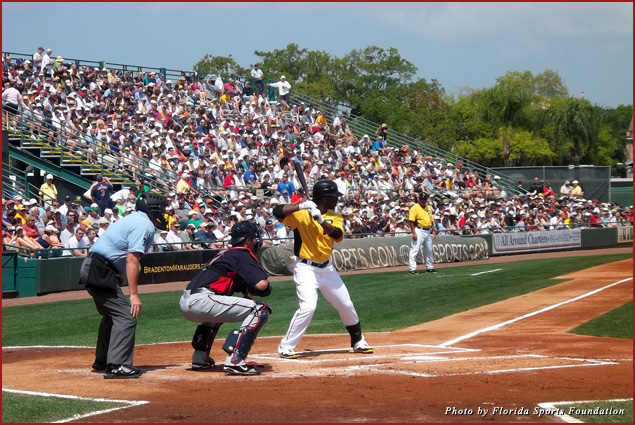 Attending a Major League Baseball spring training game in Florida is the ultimate way to spend a glorious March day in the Sunshine State. The majority of games have a first pitch time of 1:05 p.m. so fans can enjoy the game and still make it to a beachside location for a beautiful sunset on the water. Twelve of the 14 stadium locations are within 25 miles of the Atlantic Ocean or Gulf of Mexico.

So wake up, baseball fans, the season is coming! Good times are gonna roll in Florida where baseball and the month of March are the perfect pair.

For more information about the 15 teams holding their spring training in Florida, including 2013 schedules, ticket information, and stadium information, visit the Florida Grapefruit League website.