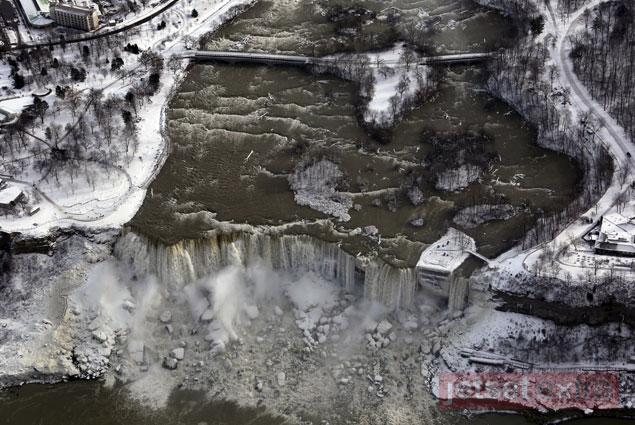 No one in my family had ever seen Niagara Falls, Ontario, Canada, so we were very excited for this leg of our winter vacation. Our initial introduction to the falls was by helicopter. We were swept up and away by Niagara Helicopters Limited for a fast but very fun sightseeing tour of the Niagara Falls area. We swooped and hovered over the falls for about 15 minutes while the audio tour guided us through what we were seeing. It’s a great story and a very whimsical way to be introduced to one of the most popular waterfalls in the world. The kids loved it, and since this was their first time in a helicopter it made it that much more special. 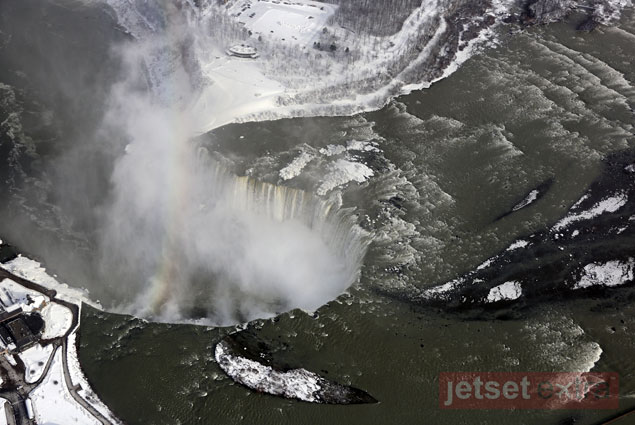 Jason was funny; he commented he had imagined the falls to be bigger. From the helicopter it’s difficult to perceived their depth, so once we were up close and personal on our Journey Behind the Falls tour he changed his thinking. The tour in the wintertime does not actually take you behind the running falls, since the ice is too slippery and dangerous. So instead we took the self-guided tour through the tunnels. The tunnels are filled with historical facts and images about the falls, and each tunnel ends with an opening to a magnificent view of the crashing falls. 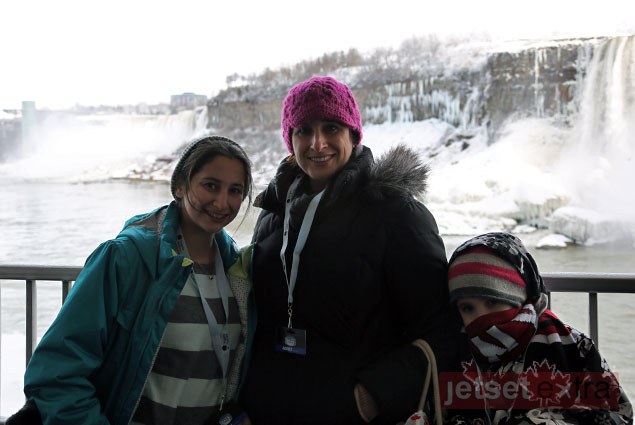 After our very intense introduction to Niagara Falls the next thing on our agenda was to go up in Skylon Tower. The kids love these towers with 360-degree views of the city. In Skylon Tower visitors are able to see the entire Niagara area, including a view into Niagara Falls, New York, USA. 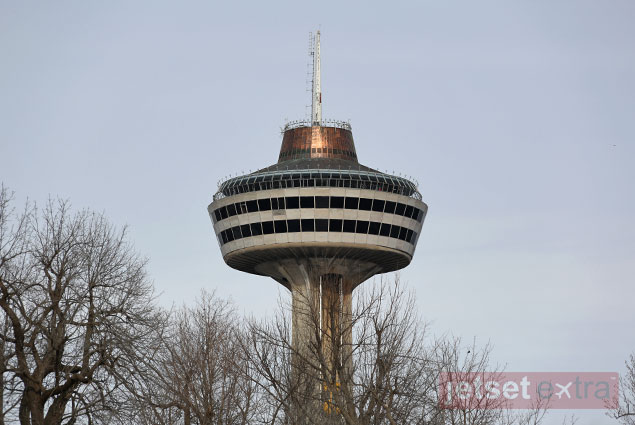 Before the Christmas holiday, Olivia developed a fascination with birds. She even asked for one for Christmas. We thought it would be fun to take her to Bird Kingdom, where she could explore and be up close and personal. This place has three floors full of birds that are flying around and range from extremely exotic to birds you’d expect to see such as macaws and toucans. She loved it! 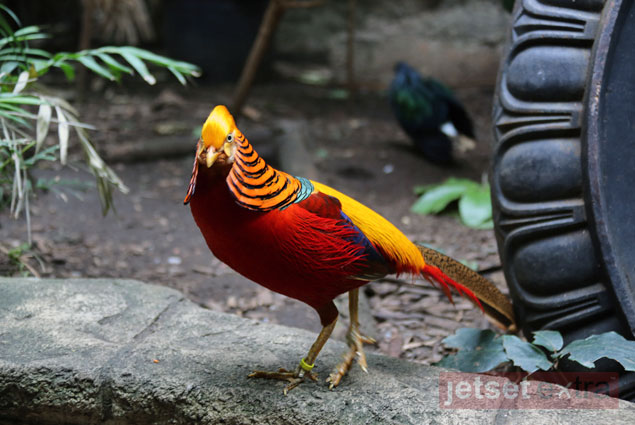 It was getting late in the day, and I had a stop I wanted to make. A friend I made on the Via Rail train from Jasper to Toronto named Jutta Haas suggested we go see Niagara-on-the-Lake. The four of us got into our rental car and headed out about 30 minutes to the sweet little town full of boutique shops and beautiful old architecture. It was dinnertime and Jutta had mentioned the Prince of Wales Hotel had a lovely restaurant with great food. So we stopped in, had a seat, and dined on some of the best fish and chips and spare ribs we’d eaten in a long time. 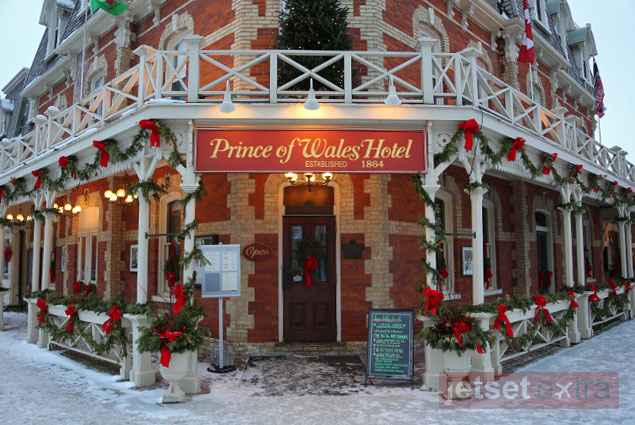 It was an action-packed, fun-filled day in Niagara. The kids loved it, and were exhausted by the time we got back to our beds at the Four Seasons Hotel Toronto. It felt as though we were returning to our home away from home.